What happened when Kelly Ripa ran into Beyoncé at a workout class? 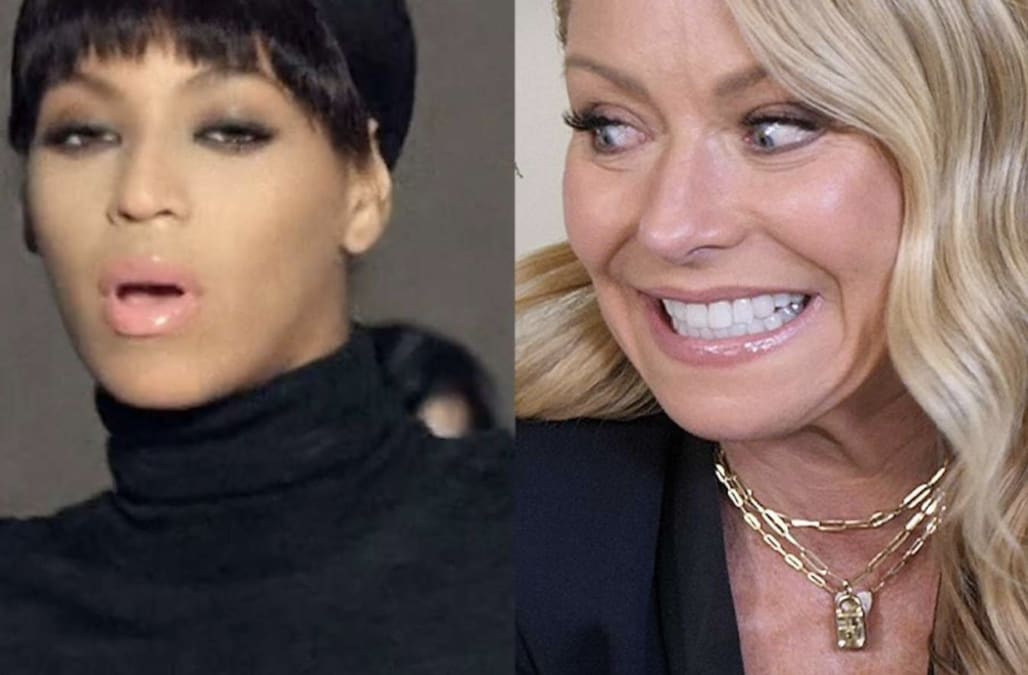 What would you do if you ended up in the same workout class as Beyoncé?

That’s a question that Kelly Ripa once had to grapple with in real time, telling In The Know during a recent interview that she exercised next to Queen Bey, and everyone in the class was totally freaking out.

“I don’t want to brag, but I will: I was once in an exercise class with Beyoncé,” Ripa told ITK while promoting her partnership with Persona Nutrition. “Oh, yes! Feel the weight of that name drop on you.”

Making the situation even more surreal? As Ripa and her fellow classmates — including the “Love On Top” hitmaker — took the class, a Beyoncé song played and “nobody knew what to do.”

“A Beyoncé song started playing and the whole class was like [sobbing],” Ripa laughed. “Nobody knew what to do, because here’s Beyoncé, and we’re all like, ‘Does she know it’s her song?'”

At the end of the workout, the famously effortless singer surprised Ripa by admitting that the class was difficult.

“She actually acknowledged that the workout was hard,” the talk show host recalled. “And we were like, ‘Yes, Beyoncé. It is hard, and you’re amazing.'”

What didn’t surprise her, though? The fact that Beyoncé actually looked like she “woke up like this,” as she sings in her viral hit, “***Flawless,” during the class, despite working up a sweat.

“She looks like she’s in a Beyoncé video even when she’s just working out. Like, they’ve been working on me for hours — right? — to get this,” Ripa said, alluding to her full face of makeup. “She just shows up. Like, that’s how she comes to the table! That song, ‘I Woke Up Like This’? She means it. That’s how she woke up!”

While it doesn’t always involve a run-in with one of the world’s biggest pop stars, working out is a huge priority for Ripa in her day-to-day life.

“I work out seven days a week. And I try to workout an hour and a half a day, no matter what — whether I’m working or not,” Ripa shared with In The Know. “If I’m working, maybe I’ll start it a little bit later or a little bit earlier, depending on what day of the week it is. But I am very religious about my fitness.”

The talk show host credits her affinity for exercise for allowing her to maintain her signature high-energy presence on “Live!”

“I think that energy begets energy,” Ripa continued. “There are people that say, ‘You must hate working out!’ It’s going to be so hard to push your way through [with that attitude], and I love working out. But it’s like developing a love for anything: You have to really practice it to love it. And, so, I found that years ago I really figured out that the more energy I put into the gym or left on the dance floor, the more energy came back to me.”

For more from our interview with Kelly Ripa, including her wellness and diet tips, click here.

The post Kelly Ripa once ran into Beyoncé at a workout class appeared first on In The Know.