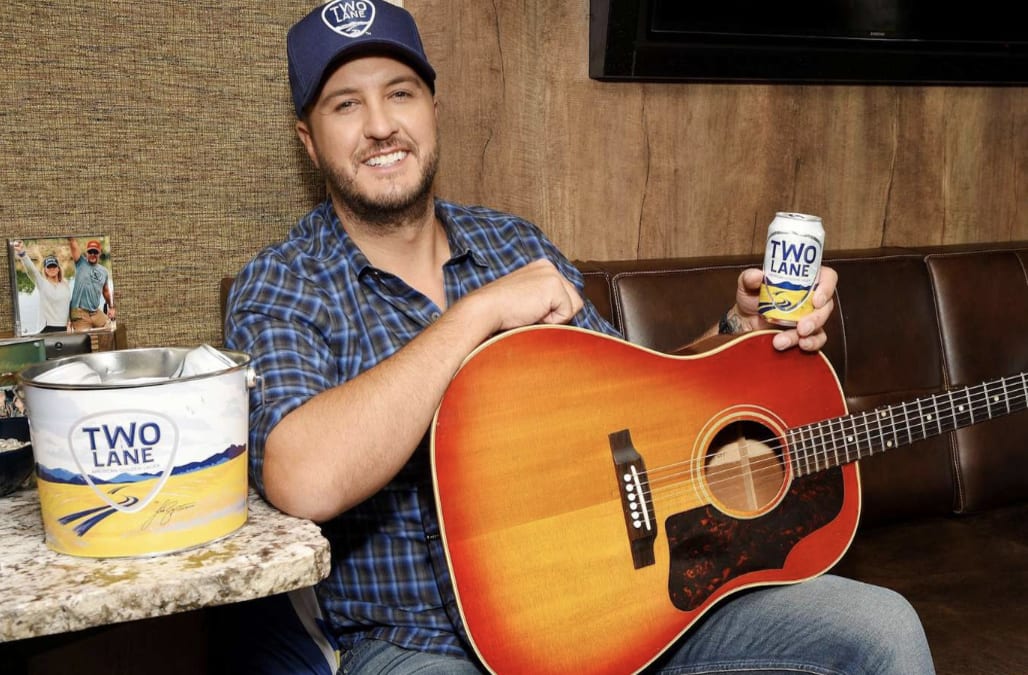 The two-time Entertainer of the Year CMA winner frequently posts, sings and talks about his love of the drink, so much so that he even has a song called “Drink a Beer,” which was a No. 1 hit.

“Beer is such an important part of our culture in the South,” Bryan told In The Know during a recent interview. “When I’m done with a show, the best way to just kinda get your breath is with a beer on a tour bus.”

In The Know caught up with the country crooner on his tour bus while he was celebrating the launch of Two Lane American Golden Lager, a new sessionable (relatively low-alcohol) beer born out of a collaboration between Bryan and Constellation Brands. The “Drunk on You” hitmaker was involved in every step of the production process and took great pride in Two Lane’s creation, and he called it “the coolest thing I’ve ever been a part of.

“It’s like you go build your music brand and now I have the opportunity to build my beer brand,” he smiled. “I love what it embodies. It embodies two-lane roads — they make you feel at home, they take you home. When I moved to Nashville, I left on a two-lane road and when I come home, it’s still the same ol’ two lane.”

Two Lane American Golden Lager was officially released on Monday, hitting shelves in Tennessee, Alabama, Florida, North Carolina, South Carolina, Virginia and his native Georgia — and the fact that Two Lane is first being released in the South felt like the perfect launch for Bryan.

“Beer is just the perfect way you just kinda unwind in the South,” he told In TheKnow. “And we partner it with just having good times and great memories.”

Later this spring, Luke Bryan will bring Two Lane on the road with him as he kicked off his Proud To Be Right Here summer tour on May 28.

Watch more from In The Know’s interview with Luke Bryan at the top of the page.

This esthetician-approved cream is said to clear up eczema ‘overnight’

Shoppers call this hoodie ‘super comfortable’ — and it’s only $15

The post Luke Bryan shares special meaning behind name of his new beer appeared first on In The Know.