Jelani Aryeh is turning heads with his musical rawness 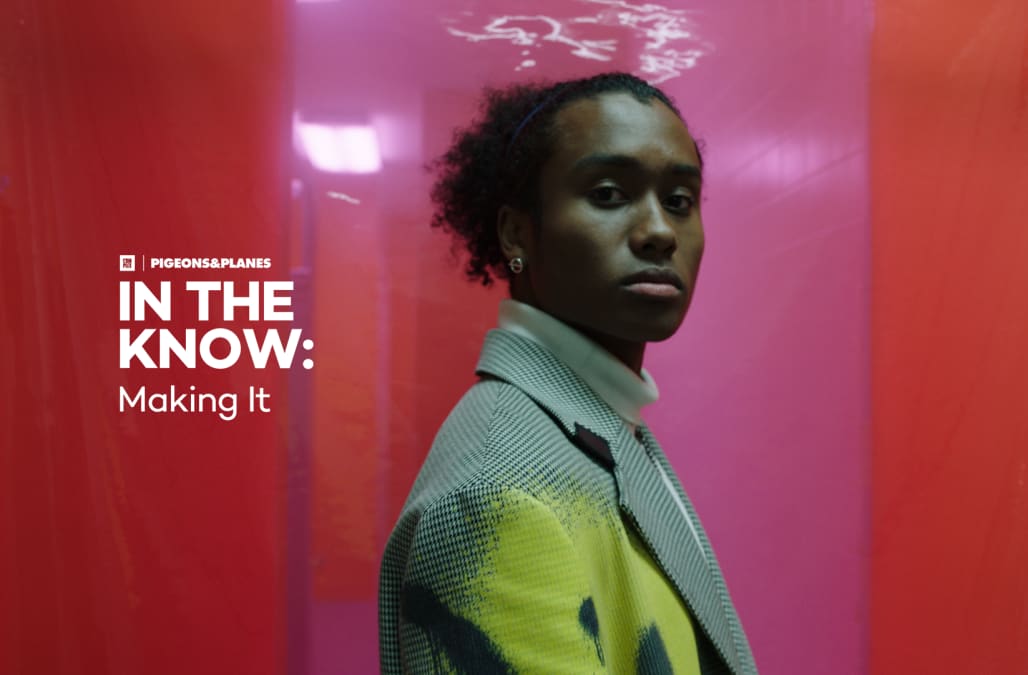 One could say that 19-year-old Jelani Aryeh’s foray into music took place by chance. For a while, the San Diego artist had regularly played football until he began to lose interest.

“I feel like the switch from sports to music just came from kind of getting bored of sports,” he said on “Making It,” a co-production between In The Know and Complex’s Pigeon & Planes. “Even when we won, it just didn’t feel like a victory. For some reason, I was getting hurt too often. It just wasn’t fun, and I couldn’t see myself doing that any more past high school.”

That immediate sense of freedom, Aryeh admitted, was both exciting and intimidating. The teenager — who cites alternative hip-hop artist Kevin Abstract, electronic band Depeche Mode and chill-wave producer Toro y Moi as his inspirations — knew he wanted to pursue music but understood the challenges that would come with chasing that dream. So, like many young artists of today’s generation, Aryeh turned to social media for support.

“I went to Reddit on a Brockhampton, Frank Ocean and Odd Future subreddit and asked if anyone wanted to make a group that just has, like, no genre and we just make beautiful music,” he recalled. “The guys that responded to that is some of the ‘Raised by The Internet’ guys and then the other guys have just come through in what I like to call divine intervention.”

In 2017, Aryeh released his first project “Suburban Destinesia,” a compilation of trippy songs that touch on his struggles with loneliness and his relationship with his father.

“It’s my best attempt to connect the people and show them all aspects of myself,” he once told hip-hop site DJBooth, in explaining his music’s rawness. “Where I live right now, I don’t have a lot of immediate friends. I hang out with one person. [Music] is my best way to talk to a bunch of people and let them into all that I know of myself.”

Two years later, in 2019, the artist followed up on his amateur debut with “Helvetica,” an album in which Aryeh attempts to come to terms with his past.

“My EP ‘Helvetica,’ most of the meaning came from the first syllable in the word ‘helvetica,'” he said on “Making It.” “And how it just says, like, ‘hell’ and how we all have our own personal hells or what we’re not really showing on our Instagrams or on our social medias.”

At least one track from the album — “Patagonia” — caught the ears of a Rolling Stone editor, who praised the 19-year-old’s music.

“Though there’s a lot to like on ‘Helvetica’  (‘Earl Grey’ in particular is another standout), ‘Patagonia’ is the ideal introduction to his music: earnest and deft and full of promise,” Brendan Klinkenberg wrote.

Aryeh, whose sound is slowly gaining steam, said he has a lot more in store.

“A year from now, I see a bunch of shows under my belt,” he said. “Hopefully, my debut album is out already, I’m touring that, and have some, like, stamps on my passport.”

Rothy’s launched a sustainable bag line made of ocean plastic

Shoppers say this migraine stick brought them ‘back from the dead’

The post Jelani Aryeh is turning heads with his musical rawness appeared first on In The Know.