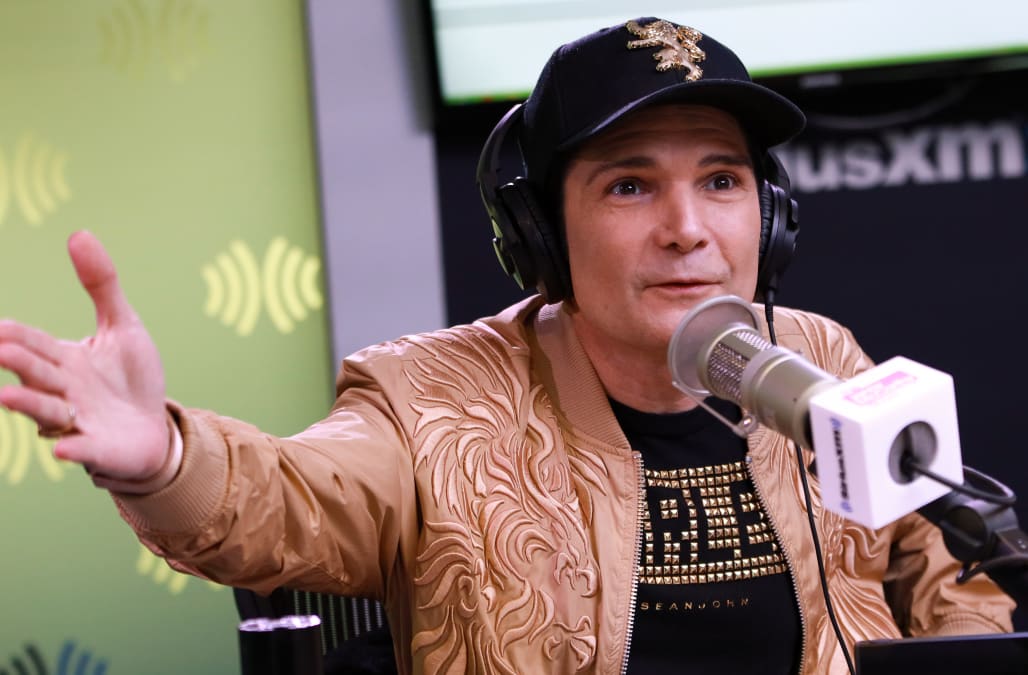 Corey Feldman says he will finally name his sexual abusers from when he was a child actor in a new documentary he’s releasing called “(My) Truth: The Rape of 2 Coreys.”

Feldman will use the real names of the people he says abused him when he was a young actor, something he did not do when he published his 2013 memoir and revealed that he had been abused. And Feldman will also reveal who he believes abused his frequent co-star Corey Haim, who died in 2010 of pneumonia.

“The last two years have been insurmountable, but I believe that with great risk comes great reward,” Feldman said in an interview with Entertainment Weekly. “And I believe the reward in all of this, if nothing else, will be that these guys are finally exposed. I’m hoping that what happened to [Harvey] Weinstein [will happen], that multiple victims will come forward. And as a result, these guys will finally get indictments and we can put them out of business.”

Feldman is working to start a movement known as #KidsToo to call attention to the abuse of children, especially in entertainment, and he’s a supporter of California’s Assembly Bill 218, which grants victims of childhood abuse more time to report cases and was signed into law by governor Gavin Newsom in October.

“And we’re hoping it kind of clears the pathway for more justice and for more voices to be heard, because this is really about enabling the voice of the survivor and empowering the survivor and turning the tables. All of these years, it’s been about protecting the bad guys, and that’s the way the laws were written, unfortunately,” Feldman said. “This law sets me up for the opportunity to go after these guys, but it also sets up anybody else who has been a victim of sexual assault from any abuser in the state of California in the last 50 years,” Feldman says. “I watched what happened with the other cases, obviously I’ve been following everything very closely.”

Feldman in the interview also took a swipe at “Leaving Neverland,” the HBO documentary featuring two men who accused Michael Jackson of sexual abuse when they were both children. Feldman said that documentary came across as “one-sided,” and he hopes that “(My) Truth,” which he made along with director Brian Herzlinger, provides more evidence of his claims.

“What we did is line up several witnesses who had all heard firsthand from the victim himself,” Feldman said. “We think we’ve done a really good job of being even-handed in showing what the argument is and what both sides have to say, but also showing the weaknesses in their argument.”

Feldman is hopeful that the documentary can change the perception people have of him and also help spur a larger conversation.

“I hope that people can finally go back and appreciate my work as an actor,” Feldman said. “That would be nice if people would start recognizing me as a real actor as opposed to this kind of joke that people have made my name into for the last few decades.”

He continued: “We’ll see if any of this works. Look, there’s a distinct possibility that none of this works and that people can continue just trashing my name and abusing me and saying I’m just a terrible guy…But I don’t think so, because I think we’ve really started a movement here. That’s what makes me proud. That’s what makes me feel like I’ve actually accomplished something in my life.”

“(My) Truth: The Rape of 2 Coreys,” will air as a pay-per-view documentary on March 9 and 10 only via the film’s website. Read Feldman’s full interview with EW here.