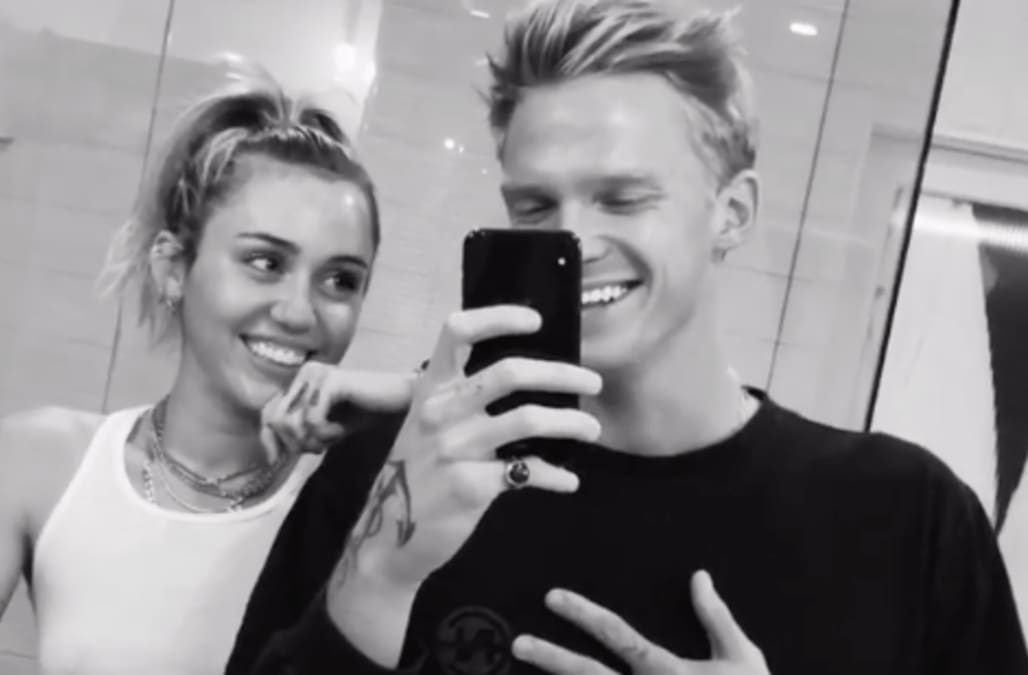 Cody Simpson is addressing a recent rumor about his girlfriend, Miley Cyrus. The 23-year-old singer appeared on the Australian morning showToday and addressed speculation that Cyrus, 27, is pregnant. The pair have been dating since October.

"Oh yeah, I've been pregnant for years apparently," Simpson quipped, before revealing how he deals with all the discussion about his private life.

"You've just gotta take it in stride," he said. "What I try to do is just focus on my work and what's important to me, and for me that's my work and my music. The rest just kind of comes along with it. It's all part of it. You just have to take it in stride and be cool with it."

Cyrus has had to deal with pregnancy rumors before, most recently in January 2019 when she and her then-husband, Liam Hemsworth, were rumored to be expecting their first child. At the time, Cyrus took to Twitter to deny the claims, which were accompanied by a pic of her with an egg Photoshopped over her stomach.

"I’m not 'Egg-xpecting' but it’s 'Egg-celent' to hear everyone is so 'Happy For Us' .... we’re happy for us too! 'Egg-cited' for this next chapter in our lives.... Now, can everyone leave me alone and go back to staring at an egg," Cyrus wrote.

Happy birthday baby. Thanks for being you

Back in 2017, she called pregnancy rumors "RUDE!!!" saying that a pic of her sticking her stomach out was due to "eating a s**t ton of tufurkey."

Watch the video below for more on Cyrus and Simpson.