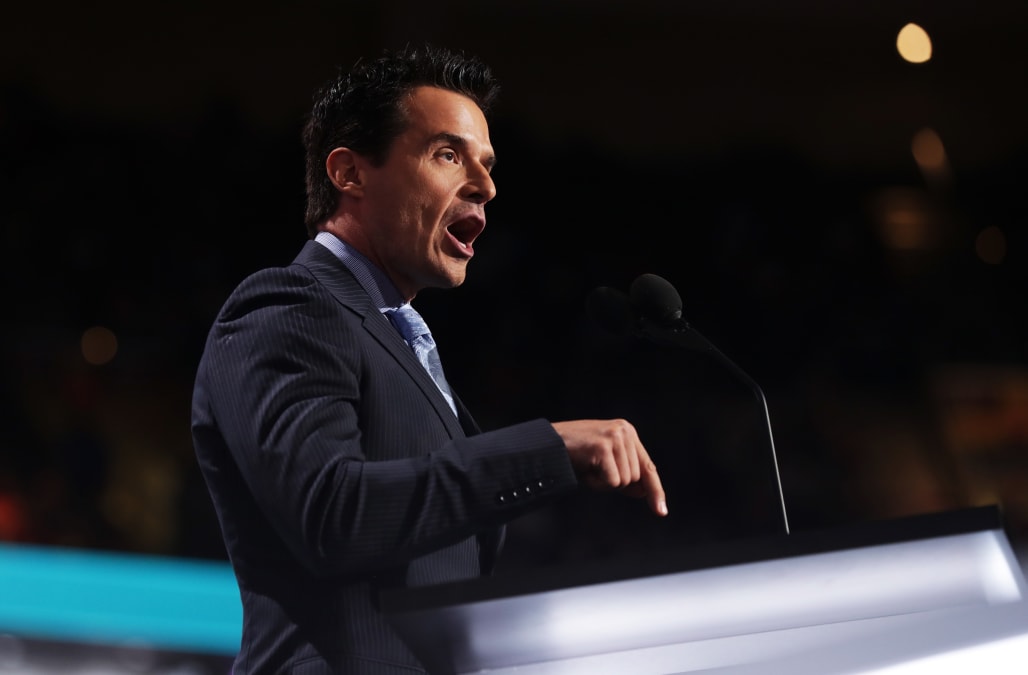 Antonio Sabato Jr. was one of the few actors who publicly supported Donald Trump in the 2016 election. His candidate won, but his career in Hollywood ended.

“I had to sell everything,” Sabato reveals in a phone interview with Variety from his new home in Florida. “I had to pay all my debts. I was blacklisted. All my representatives left me, from agents to managers to commercial agents. I literally had to move, find a new job to survive and take care of my kids. It’s been terrible. It’s mind-blowing. It’s a disgrace. It’s tough, because if you’re in that environment in Hollywood and you have something to say that they don’t like, they’re going to let you know.”

Despite a 30-year career as an actor, Sabato claims he couldn’t line up any new roles after the election. He alleges that he was cut from a reality TV competition series because of his political beliefs. In 2018, he attempted an unsuccessful run for a congressional seat in California, where he was defeated by a Democrat.

Shortly after that, at 47, Sabato decided to relocate to Florida, where he now works long days in construction. “I’m on the ground,” Sabato says when asked to describe his new life. “I go on the job at two in the morning, and I’m making sure that the job is controlled and supervised by me. I’m in the car all day, driving, going through all the sites. Five days a week, nonstop.”

RELATED: Take a look at some celebrities who celebrated Trump's 2016 campaign:

An immigrant from Italy who came to the United States as a model in the 1985, Sabato didn’t always vote Republican. He supported Bill Clinton for both of his presidential bids, because that’s what most of his friends in Hollywood did. And he didn’t consider himself socially conservative.

Since the ’90s, Sabato has appeared in dozens of TV shows, including the primetime hit “Melrose Place” and daytime soap operas “The Bold and the Beautiful” and “General Hospital.” He’s starred in more than 40 movies, many of which went straight to TV but still provided him with a steady paycheck. But his decision to back Trump was a defining point for him, both politically and professionally, one he says he doesn’t regret. Sabato was among the only celebrities to give a speech at the Republican National Convention in July 2016, and he created a kerfuffle on ABC News when he claimed that Barack Obama was a Muslim, reinforcing a talking point from Trump’s birther conspiracy theories.

That moment may have accelerated his fall from acting. “I was the first celebrity to come out and talk about the president, and he had my vote from day one,” Sabato says. “I was the first one to say he was going to win. My integrity is intact. What I believe in is still intact. What doesn’t break you makes you stronger–that’s what they say. So I’m stronger than ever, and I didn’t have to lie about who I am.”

He suggests that many other Trump supporters in the entertainment industry are scared to reveal themselves. “I know a lot of actors who are lying about who they’re going to vote for because they don’t want the crap,” Sabato says. “They won’t want to be talked about and fired from movie sets. This is serious.”

Republicans and Democrats once had an easier time coexisting in the entertainment industry. When actor Ronald Reagan was elected president in 1980, his divisive policies were somewhat mediated for Hollywood by the more glamorous aspects of his time in the White House. Arnold Schwarzenegger served as governor of California and made a swift return to movies after his career as a politician ended in 2011. But like everything else under Trump, new tensions have been created in Hollywood. Many staunch Republicans–including Clint Eastwood–have decided not to vote for him in the 2020 election.

And the vocal Trump supporters in the business don’t seem to be working as much as a result of their ties to the president. Just ask Roseanne Barr, who was fired from her hit ABC sitcom after making racist comments on social media in May 2018. Scott Baio, Dean Cain and Jon Voight, all of whom support Trump, declined to comment for this story. The actor James Woods, who pushes far-right conspiracy theories and makes extreme statements on social media, was fired by his agent at Gersh on the Fourth of July in 2018. “I restrict my public presence only to Twitter, thus avoiding potential editorial bias by mainstream media,” Woods told Variety through a representative.

After his bid for Congress, Sabato was hopeful that he could continue working in some capacity in Hollywood. “I had a contract with ABC from two summers ago,” he says, referring to a reality TV series. “They offered me a job and they pulled it. I’ve been working as an actor for 30 years. I haven’t done anything else. I did very well for 30 years.” (A representative for ABC didn’t comment.)

Sabato recalls getting turned down for another job. “I was talking to a distribution company about producing a film that was set to go, and they told me to my face, ‘We will never distribute a movie with you in it because of your affiliation with the president,’” he says. “The reality is the power that makes movies happen in Hollywood–casting directors, producers, executive producers, directors–they’re all liberal. They hate anyone or anything who supports this president.”

If he hadn’t moved to Florida and taken the construction job, Sabato says he would have had to file for bankruptcy. “I’m not going to stand there,” he says. “I’m going to keep on moving.” A few weeks ago, he tested the waters again, calling his former managers to see if they’d consider re-signing him. “And they all said, ‘No, we’re not going to represent you,’” Sabato recalls. “Not a reason. Just no, plain and simple. They wouldn’t touch me because it would be too tough to get me a job.”

He still clings to the belief that someone will take a chance on him. “I always hope there’s some serious people out there that want to hire me for my talent,” he says. “I rarely talked politics on sets anyway. That’s the last thing I want to do.”

Given everything he’s been through, will he support Trump in 2020? “Of course,” Sabato says. “The country is doing fantastic. I think he’ll be elected by 100 million votes.”