Oprah takes a tumble while talking about balance 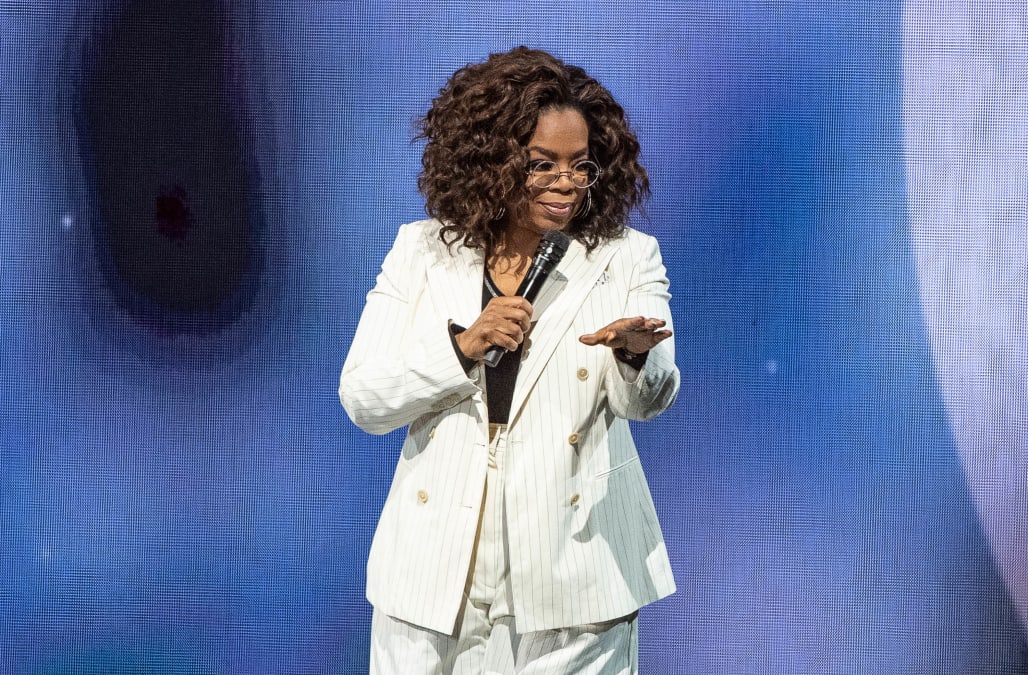 As if it was directly lifted from an Alanis Morissette lyric, Oprah Winfrey was ironically talking about balance when she lost her own during the latest sold-out stop of her national tour.

The media mogul has been criss-crossing the country on her star-studded 2020 Vision: Your Life in Focus tour and experienced an onstage mishap when she took a tumble at The Forum in Los Angeles on Saturday in front of hundreds of devotees.

“Balance doesn’t mean all things are equal or at peace at all times,” she said, sharing what wellness means to her, before tripping over her feet and crashing to the ground.

According to footage of the event, attendees in the arena gasped as the beloved talk show host hit the floor, breaking the fall with her hands.

A stage assistant, as well as her longtime partner Stedman Graham, reportedly rushed to her side after the tumble, according to People, as the audience encouraged her with supportive cheers.

Never one to miss a beat, however, Winfrey almost immediately quipped that she was wearing the “wrong shoes” and got back up.

The irony of the mishap wasn’t lost on her.

“Thank you,” Winfrey said, as she resumed the show sans footwear. “It’s nice to be talking about balance and fall.”

On her Instagram story, an unbothered Winfrey told friend Gayle King backstage that she wasn’t embarrassed by the tumble, but, of course, she would have “preferred not to fall.”

She was later joined on stage by Jennifer Lopez to talk about everything from the Super Bowl halftime show to her Oscars snub, but Winfrey couldn’t help poking fun at herself later in the evening.

“In spite of my fall (which now becomes a meme), you brought me UP with your energy,” she captioned a video of herself and Lopez from the event. “Now I’m headed home to ice my knee and ankle.”

Thank you to the astoundingly age-defiant Jennifer Lopez who came to the show in this yellow stunner and gave new meaning to the word 50. LA: You were lit! In spite of my fall (which now becomes a meme), you brought me UP with your energy. Now I’m headed home to ice my knee and ankle 🥴 @ww.now

Other stars, including Lady Gaga, Michelle Obama, Amy Schumer, Tracee Ellis Ross and Kate Hudson, have joined Winfrey on her national tour, which concludes in Denver next month.