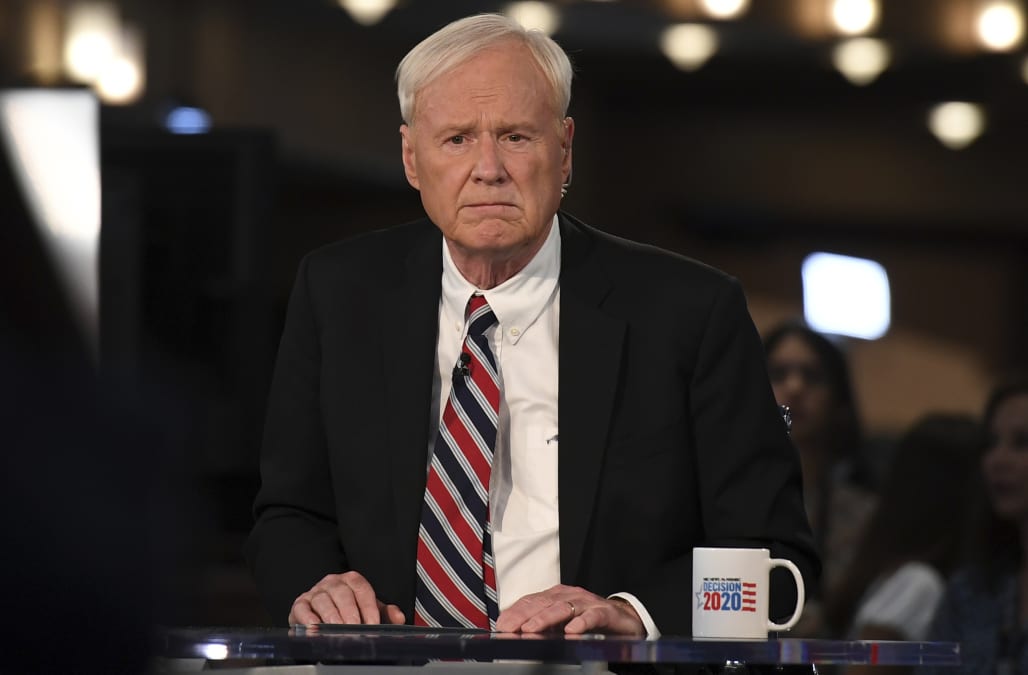 Chris Matthews, one of the longest-tenured voices at MSNBC, announced his retirement during Monday’s night’s airing of his talk show, “Hardball.”

Matthews, 74, said he and MSNBC had mutually agreed to part ways. The decision followed a series of events that resulted in criticism of the host’s statements about Bernie Sanders, African-American lawmakers, and comments he had made to female journalists and coworkers.

“I’m retiring,” Matthews said. “This is the last ‘Hardball’ on MSNBC.”

Matthews was due to retire in the near future with the events of the past week playing a factor in the timing of the move, an MSNBC spokesperson said.

After MSNBC aired a commercial following the announcement, Matthews did not return to the program. Steve Kornacki, a political reporter for the network, took over the rest of the hour, and seemed shocked by the news. “That was a lot to take in,” he said, saying it had been an honor to work with Matthews, and then beginning a discussion about the coronavirus response.

Matthews, a former speechwriter for President Jimmy Carter, has hosted “Hardball” on MSNBC since 1999 and remained a centrist voice on the cable news channel’s prime-time programming, which often features commentary that is further to the left.

NBCUniversal is the parent company of MSNBC and NBC News.

Matthews said he was not retiring due to a lack of interest in politics, but nodded to changes taking place.

"The younger generations out there are ready to take the reins,” he said.

Matthews also apologized for comments he made to women. On Friday, journalist Laura Bassett wrote an op-ed in “GQ” stating that Matthews “has a pattern of making comments about women’s appearances in demeaning ways” and that Matthews asked “Why haven’t I fallen in love with you yet?” just before a televised discussion about sexual-assault allegations against President Donald Trump.

The recent accusation that Matthews made inappropriate comments to a female journalist was not the first time he had faced such allegations. In 2017, The Daily Caller reported that MSNBC formally reprimanded Matthews over jokes and comments he made to a female employee in 1999.

“For making such comments in the past, I’m sorry,” Matthews said on tonight’s broadcast.

Matthews had recently drawn criticism for comments about Sanders, who is currently the frontrunner for the Democratic presidential nomination. Matthews apologized after comparing Sanders' win in the Nevada caucuses to the Nazis taking over France in World War II.

On Friday, Matthews mistook Jaime Harrison, a Democrat running for Senate in South Carolina, with Sen. Tim Scott, R-S.C. Both men are black.

Matthews was absent from MSNBC's coverage of the South Carolina primary on Saturday.