Marie Osmond reveals she's not leaving any money to her children 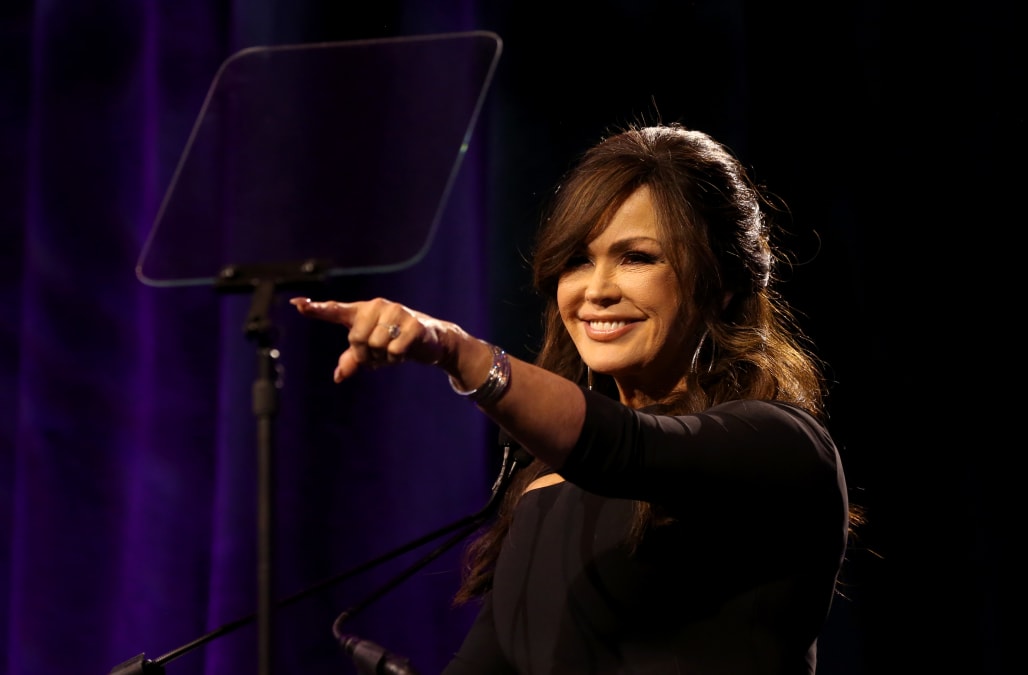 Marie Osmond made a bold statement on Friday's episode of "The Talk."

During a segment discussing how Kirk Douglas left a majority of his multimillion-dollar fortune to charity after passing away at the age of 103 in February, the 60-year-old co-host chimed in on what her financial plans would be in a similar situation.

"I'm not leaving any money to my children," Osmond said. "Congratulations, kids."

She continued, "My husband and I decided that. I think you do a great disservice to your children to just hand them a fortune because you take away the one most important gift you can give your children-and that's the ability to work."

"Let them be proud of what they make, and I'm going to give mine to my charity," adding that she believes that children of wealthy families have the tendencies to "get in trouble" because they "don't know what to do."

Osmond clarified that she stills wants to help her children and would offer assistance when it comes to purchasing a home or a car.

Not all of the singer's co-hosts felt the same about her statement.

"I disagree with that," Sheryl Underwood said. "I think that when you come from a family of money, you raise your children to value money and understand money and because they were born into the family, they should have a healthy respect for money."

She added, "I mean, I would love to have some type of money left for me from somebody else so I can have a leg up. I think when wealthy people say 'I'm not leaving my kids anything!' Well, they've been living this great life."

Carnie Wilson, formerly of Wilson Phillips, was guest hosting on the episode and added in her thoughts on the situation.

"I'm somewhere in the middle. I love the idea of teaching your children to work," she said. Wilson explained that she comes from a hardworking family, but wants to leave some money to her children while also teaching them how to have a great work ethic.

Sharon Osbourne also disagreed with Osmond along with Underwood.

The question of whether to leave their fortune to their children hasn't just come up on this episode of "The Talk." Billionaires like Bill Gates and Andrew Lloyd Weber have said they won't be leaving their money to their children for inheriting and instead will invest their money in charitable actions.

Even Elton John said in 2016 that his sons Zachary and Elijah won't be inheriting all of his money.

"Of course I want to leave my boys in a very sound financial state," he said to the Mirror in 2016. "But it's terrible to give kids a silver spoon. It ruins their life."