James Lipton, scholarly host of ‘Inside The Actors Studio,' dies at 93 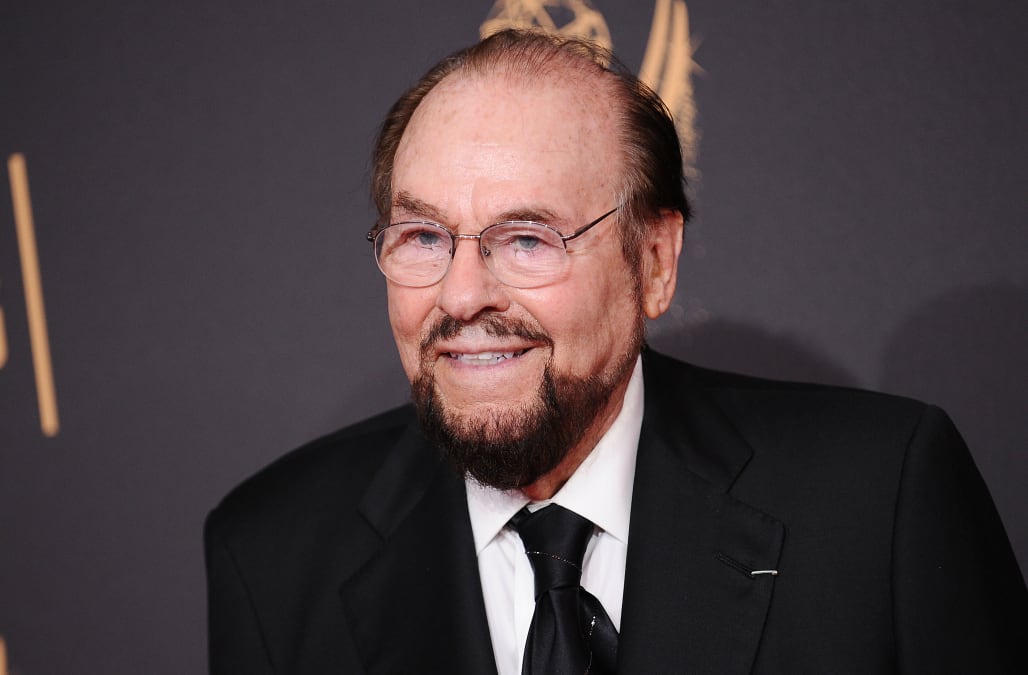 James Lipton, best known as the distinctive host of the long-running talk show “Inside the Actors Studio,” died Monday. He was 93.

His wife, Kedakai Turner, confirmed his death to TMZ.

Lipton was an actor and writer himself, starting his career on stage and television. His credits include numerous soap operas as well as a few Bob Hope specials. In 1994, he established the Actors Studio Drama School, a graduate program affiliated with The New School in New York City. That same year came “Inside the Actors Studio.” Designed as a seminar where a live audience of students could learn from professionals, the series became Bravo’s flagship vehicle at a time when the network dedicated itself to highbrow arts programming, much of which didn’t generate lofty ratings.

Lipton’s celebrity interviews turned him into a celebrity, too. Beloved for his stately composure and erudite speech, Lipton eschewed the role of journalist, largely avoiding questions that challenged his subjects or probed their personal affairs. His gossip-free tactic made “Inside the Actors Studio” an appealing destination for famous performers and directors, from Liza Minnelli and Clint Eastwood to Spike Lee and Barbra Streisand. Lipton spent 22 seasons as emcee, weathering an era when other talk shows gravitated toward scandalizing content. His guests could request edits if they said anything they regretted.

“It began with the resolution that we would deal not with the usual commerce of talk shows, gossip and so forth, but would stick to the subject of craft — and I was concerned that it would limit us, that we would be on the air for a few months and then vanish because people didn’t want to hear people talk about craft,” he said in 2017. “I turned out to be 100% wrong. It turned out that the subject of craft was the subject of the greatest possible interest, and it opened the door to a kind of intimacy that I never dreamed would happen on our show or any other.”

Sitting down opposite Lipton represented a de facto career achievement. He did meticulous research, as evidenced by his signature piles of blue index cards filled with questions. But whatever direction the conversations took, they always ended with a Proust-inspired survey that included “What turns you on?” and “What is your favorite curse word?”

On “Saturday Night Live,” Will Ferrell portrayed Lipton as dead-eyed and hyper-serious. Lipton adored the impersonation, and the two became friends. (“He has me dead to rights,” Lipton said in 2006. “I loved every minute of it.”) Ferrell and director Nora Ephron invited Lipton to play himself in the 2005 film “Bewitched.” something he’d already done on “The Simpsons.” Around the same time, Lipton launched a recurring role as an Orange County prison warden on the acclaimed sitcom “Arrested Development.” He retired from “Inside the Actors Studio” after 22 seasons in 2018.

Lipton was born on Sept. 19, 1926, in Detroit. He was an only child whose parents divorced when he was 6. Needing to help his single mother, he started working at 13, taking jobs as a newspaper copy boy and an actor at a local theater. After an Air Force stint in the mid-1940s, he moved to New York and attended law school. Initially, the showbiz jobs, first onstage and then on the soap “Guiding Light,” were merely a way to earn money.

But the entertainment bug stuck. Lipton wrote the lyrics for the 1967 Broadway musical “Sherry!,” a flop based on Moss Hart and George S. Kaufman’s play “The Man Who Came to Dinner.” The following year, he published “An Exaltation of Larks,” a playful linguistics book about collective nouns. As the years went on, he wrote for multiple soaps, including “Guiding Light,” “Another World,” “The Best of Everything,” “The Doctors” and “Return to Peyton Place.”

The first televised guest on “Inside the Actors Studio” was Paul Newman, who by 1994 ranked among Hollywood’s elder statesmen. As Lipton became more of a pop-culture mainstay, even his prickliest participants were willing to open up. Gene Hackman cried while recalling his father’s abandonment, and Spike Lee did the same when discussing the struggles he endured to secure financing for the 1992 biopic “Malcolm X.” Jack Lemmon and Melanie Griffith revealed their substance abuse issues on the series. Dave Chappelle taped a spirited episode at 11 p.m. after a grounded flight delayed his arrival. Even Sean Penn seemed to enjoy himself.

“Inside the Actors Studio” received 20 Emmy nominations and won once, in 2013.

Upon his death, Lipton leaves behind a talk-show scene that is less scholastic without him. Few TV hosts today are as dignified or intellectual in their approach, and Lipton was a vestige of an age when Dick Cavett, Johnny Carson and Oprah Winfrey facilitated substantive discourse daily. He did so in part by never letting his fame eclipse that of his guests, no matter the caricaturing of his persona.

“The students ask what I am like,” Lipton said in 2001, referring to the Actors Studio Drama School pupils. “I am an enigma. I like it like this. I do not want publicity.

More from HuffPost US:
Supreme Court Will Hear Obamacare Case, But Probably Not Until Next Year
I'm Demisexual. Here's What I Want You To Know.
New Trump Lawsuit May Be ‘Dead On Arrival’