Normani addresses Camila Cabello's past racist posts: 'It took years for her to take responsibility' 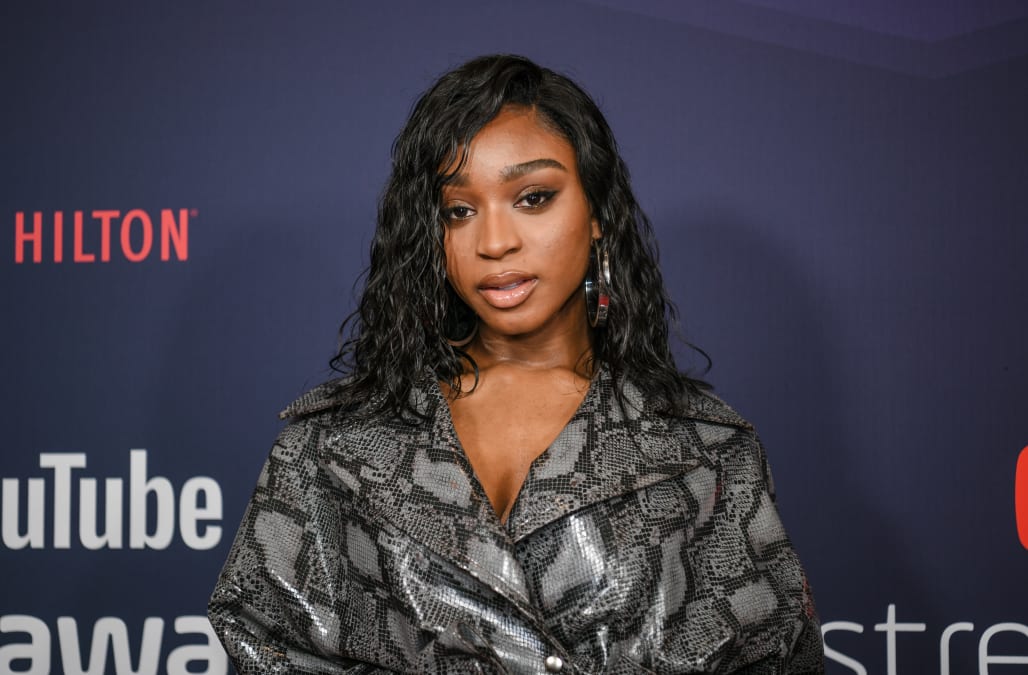 For the first time, Normani is sharing her thoughts on her former Fifth Harmony bandmate Camila Cabello's past racist Tumblr posts that resurfaced in December.

In a new interview with Rolling Stone, the 23-year-old singer is asked about Cabello's since-deleted, offensive posts on Tumblr that used the n-word and Asian racial slurs. Cabello has publicly apologized for the posts that were reportedly shared in 2012, noting that she was younger then and has since grown as a person.

Normani tells the magazine that the situation is still "uncomfortable" for her and she responded with a lengthy email, explaining that she didn't want her words to be misconstrued. She pointed out that she actually faces "senseless attacks daily" as a black woman.

"Direct and subliminal hatred has been geared towards me for many years solely because of the color of my skin," she writes. "It would be dishonest if I said that this particular scenario didn't hurt me. It was devastating that this came from a place that was supposed to be a safe haven and a sisterhood, because I knew that if the tables were turned I would defend each of them in a single heartbeat."

Normani then criticized how Cabello initially handled the situation, including the racist messages she says she received while they were still part of Fifth Harmony.

"It took days for her to acknowledge what I was dealing with online and then years for her to take responsibility for the offensive tweets that recently resurfaced," she writes. "Whether or not it was her intention, this made me feel like I was second to the relationship that she had with her fans."

Still, the "Motivation" singer notes that everyone deserves the chance to experience personal growth.

"I really hope that an important lesson was learned in this," she writes. "I hope there is genuine understanding about why this was absolutely unacceptable. I have spoken what is in my heart and pray this is transparent enough that I never have to speak on it again. To my brown men and women, we are like no other. Our power lies within our culture.  We are descendants of an endless line of strong and resilient kings and queens. We have been and will continue to win in all that we do simply because of who we are. We deserve to be celebrated, I deserve to be celebrated and I'm just getting started."

@normani is a superstar in the making who counts Rihanna and Janet Jackson as fans. Right now, she’s figuring out what it means to be on her own. “I’m at a loss for words because it’s just all of the women that made up who I am,” she says. “They respect what I do. Like, they actually respect what I do and want me to win." Click the link in our bio to read our cover story on the singer. #WomenShapingTheFuture Photograph by @campbelladdy Hair by @yusefhairnyc Makeup by @rokaelbeauty Nails by @yvett_g Styled by @v.msmith Fashion Editor @lovingrachel

In December, 22-year-old Cabello said she was "uneducated and ignorant" at the time of the posts.

"When I was younger, I used language that I'm deeply ashamed of and will regret forever," Cabello posted in a lengthy message on her Instagram Story. "I was uneducated and ignorant and once I became aware of the history and the weight and the true meaning behind this horrible and hurtful language, I was deeply embarrassed I ever used it. I apologized then and I apologize again now."

"I'm 22 now, I'm an adult and I've grown and learned and am conscious and aware of the history and the pain it carries in a way I wasn't before," she continued. "Those mistakes don't represent the person I am or a person I've ever been. I only stand and have ever stood for love and inclusivity, and my heart has never, even then, had an ounce of hate or divisiveness."

Meanwhile, ET spoke to Normani in August at the MTV Video Music Awards where she gave a memorable performance of her hit "Motivation" after the music video went viral thanks to her incredible dancing. Watch the video below for more:

More from ET Online:
Gwyneth Paltrow reveals her least favorite film role
Britney Spears shares video of the moment she broke her foot
Kim Kardashian gets surprised by a sweet note from her kids in her meeting