Jussie Smollett breaks his silence amid new charges in alleged hate crime hoax: 'The truth is the best defense' 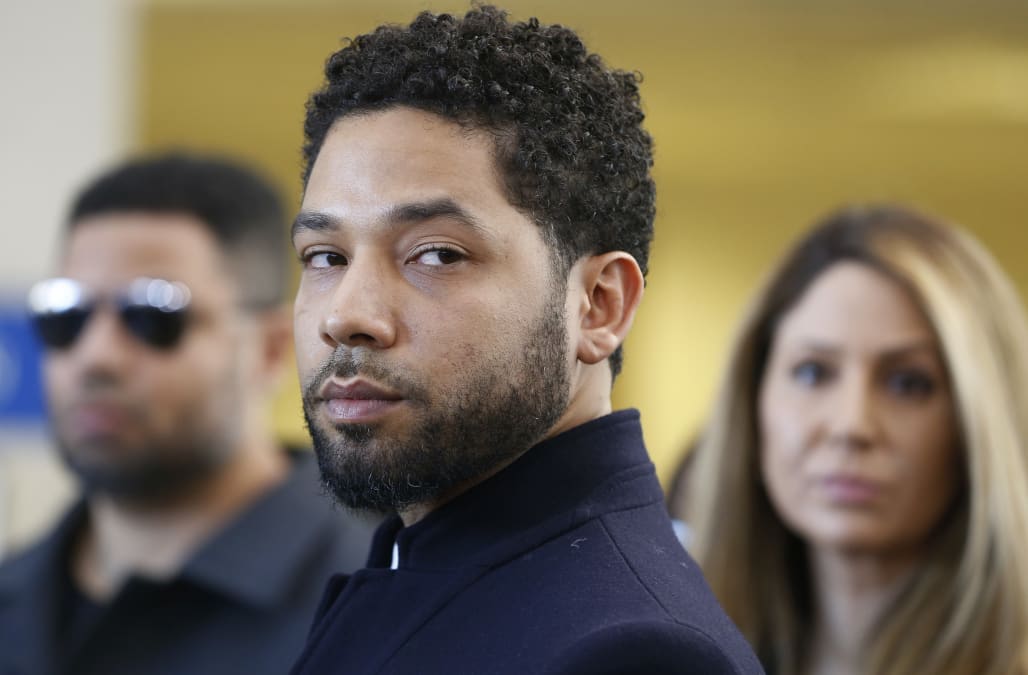 Jussie Smollett is breaking his silence to maintain his innocence.

The Empire actor, who pleaded not guilty Monday in Chicago to new charges stemming from his alleged hate crime hoax, made a rare statement about the ongoing case. The takeaway? “I am innocent,” he proclaimed.

TMZ caught up with the actor, who was accompanied by his lawyer at Los Angeles International Airport on Tuesday, and he admitted that the situation, which he thought was behind him, is “definitely frustrating. It's fight or die at this point."

16 PHOTOS
Jussie Smollett out and about
See Gallery

Smollett’s attorney Tina Glandian said they have faith that "the system will eventually work."

The camera person brought up Smollett’s double jeopardy defense — his legal team is arguing that he shouldn’t be charged by a special prosecutor with the six new counts because the initial 16 counts against him were dropped by the Cook County State's Attorney's office in March — asking whether that or the fact that he claims he’s innocent is a better defense.

“The truth is the best defense,” Smollett replied. “The truth, which they know nothing about.”

On Jan. 29, 2019, Smollett reported that he was the victim of a hate crime attack, claiming two masked men doused him with a chemical substance and put a rope around his neck. The police investigation soon turned to him amid accusations that he staged the attack, and he was ultimately charged with 16 counts of disorderly conduct for filing a false report. However, in a surprise move, the charges against him were then dropped by the Cook County State Attorney's office.

But the dropped charges led to a special prosecutor being appointed to investigate the initial investigation. Dan Webb, a former U.S. attorney, then charged Smollett — who no longer is on the cast of Empire amid his legal woes — with six new counts of making false reports to the Chicago Police Department. He pleaded not guilty on Monday, was released on $20,000 bond and was ordered to return to court on March 18.

In addition to Smollett proclaiming himself innocent from the charges, his legal team contends that “the circumstances surrounding the initial case in 2019 did not reach the legal level warranting the appointment of a special prosecutor,” according to a new filing. Also, they contend that the case should be dismissed on the grounds that refiling charges violate protections against a person being charged twice for the same crime, which is known as double jeopardy.

In addition to his criminal case, Smollett is in a legal battle with the City of Chicago. The city sued him in a civil case for $130,000 to recoup the cost of the initial investigation and legal fees, claiming the actor should have to pay because it was a hoax. Smollett, who has maintained his innocence, countersued the city claiming he was “maliciously" prosecuted and has suffered “humiliation” and “emotional distress” over the whole thing.