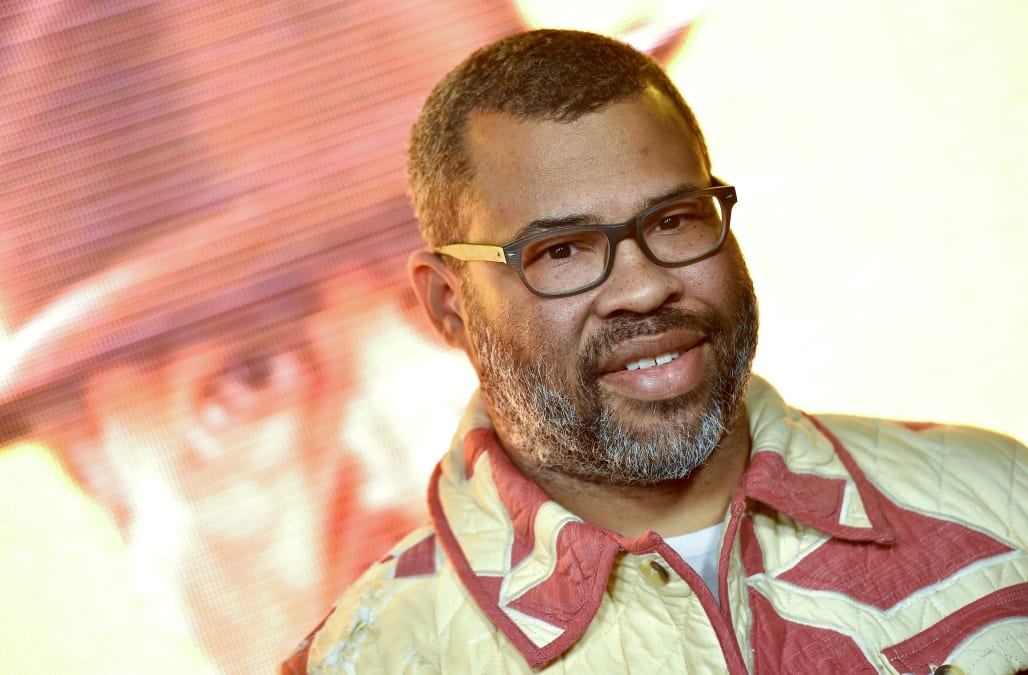 Just when you thought it was safe to look into the mirror again, horror master Jordan Peele is bringing back one of the scariest movies of the ‘90s ... or really any decade. We’re talking, of course, about Candyman, the 1992 horror favorite starring Tony Todd as the titular bee-covered boogeyman who haunted the reflective surfaces of Chicago’s infamous housing project, Cabrini-Green. Due in theaters on June 12, the new film takes place in the present day when Cabrini-Green is a memory, but the terror of Candyman is as real as ever.

“My connection with Candyman is pretty simple,” Peele told journalists at a special unveiling of the first trailer for the 2020 version. “It was one of the few movies that explored any aspect of the black experience in the horror genre in ‘90s when I was growing up. It was an iconic example of representation in the genre. We have a reimagining of this story that we’re very excited about.” And if the maker of Get Out and Us is excited, than you know audiences should be scared. (Watch the trailer above.)

For the record, Peele isn’t helming the new Candyman: instead, he used his creative power as executive producer to enlist the skills of director Nia DaCosta, who was born two years before the original film hit theaters but grew up in its shadow.

“The first thing I remember about Candyman was being dared to say his name in the bathroom of my middle school,” the director confessed to the press. That scene from her own life is on display in the trailer when a group of teenage girls cluster in front of the bathroom mirror and utter Candyman’s name five times. At first, nothing out of the ordinary happens: but when they try to return to the school hallway, the door is locked and the bloodshed begins.

With the last of Cabrini-Green’s buildings torn down in 2011, that area of Chicago has seen new development and, with it, gentrification. And DaCosta says that subject is very much part of this new telling of the Candyman legend. “We talk about the ghosts that have been left behind,” she confirms. The person hunting the neighborhood’s ghosts is Anthony McCoy, played by breakout Watchmen star, Yahya Abdul-Mateen II. An artist by trade, Anthony is obsessed with learning all he can about Candyman, to the chagrin of his new neighbors. “I’m hoping to spread the story,” he insists. Based on the flood of terrifying imagery that follows — scored to a haunting cover of the Destiny’s Child chart-topper, “Say My Name” — he maybe should have curled up with a good book at home.

Just as the 1992 film was a landmark for representation in horror, both Peele and DaCosta wanted to make the 2020 version a showcase for black actors. In addition to Abdul-Mateen, the supporting cast includes Teyonah Parris, Colman Domingo and Nathan Stewart-Jarrett. “There are so many black people in this trailer and in this movie,” the director said, happily. Although DaCosta played it coy about if and how the now 65-year-old Tony Todd will appear in the film, the trailer does reveal that Virginia Madsen is back, potentially reprising her role as sociologist Helen Lyle. The director also hinted that while she and Peele both share a passion for Candyman, her taste in horror movies differs from his in one significant way. “I really love gore,” she said, laughing. “There’s a fair amount of things you don’t want to see, but I make you look at.” No need to tell us twice... or five times.

Candyman opens in theaters on June 12.