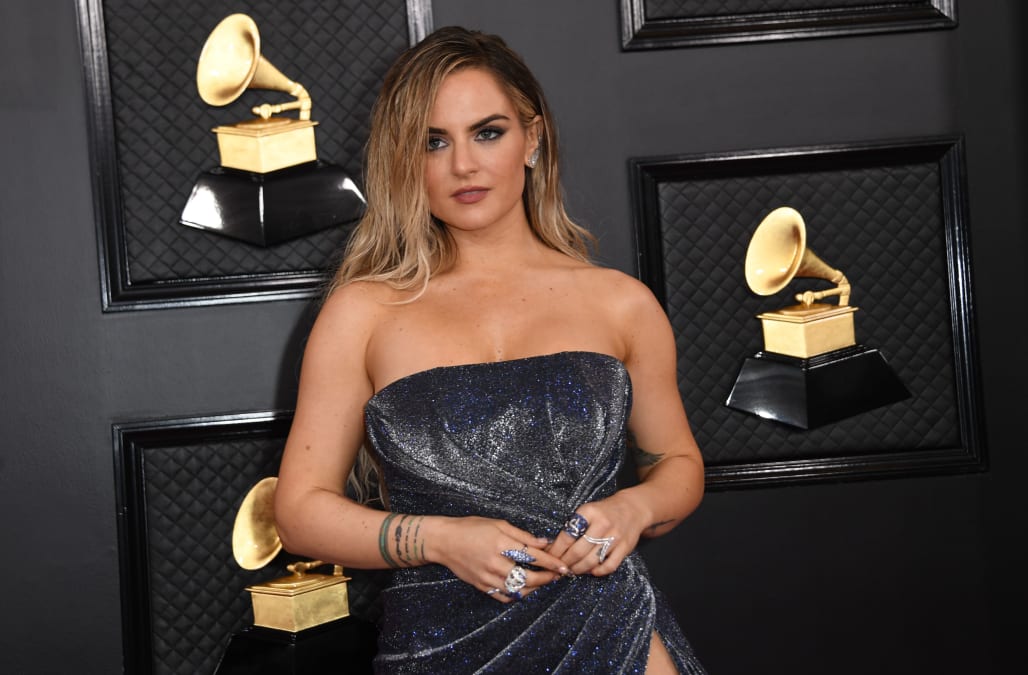 JoJo is opening up about a tough period in her life. In a video for Uproxx, the 29-year-old singer recalled her former label, Blackground's, decision not to put out more albums from her after releasing JoJo in 2004 and The High Road in 2006. Despite continuously turning in new music, JoJo said that no effort was made to put it out, something that eventually led her to think "maybe that it was [because of] the way that I looked."

"When I was 18, I remember being sat down in the Blackground office, and the president of the label being like, 'We just want you to look as healthy as possible,'" she recalled. "And I was like, 'I’m actually the picture of health. I actually look like a healthy girl who eats and is active. And I don’t think this is about my health. I think that you want me to be really skinny.' And he’s like, 'No, I wouldn’t say that,' blah blah blah."

"But I ended up getting put with a nutritionist that had me on a 500 calorie a day diet, and I was on these injections that make you have no appetite," JoJo continued. "I was like, 'Let me see how skinny I can get, because maybe then they’ll put out an album. Maybe I’m just so disgusting that no one wants to see me in a video and they can’t even look at me.' That’s really what I thought."

For JoJo, it was important to speak out in order to shine a light on how women are treated in the industry.

"I'm not angry for being looked at as a product because as artists, we are. I am speaking for probably I would say every woman in this industry [where] your image and your weight is up for conversation and it's just uncomfortable," she said. "It's hard enough being a woman. I’m sure a lot of us develop extreme insecurities and disordered eating and really unhealthy thinking about ourselves."

Those feelings led JoJo to turn to partying and drugs, with the singer confirming that she relied on substance for a while.

"I started getting really f**ked up, drinking, making out with strangers, looking for validation and attention and looking to feel pretty, looking to feel good, looking to feel worthy," she said. "I mean, there were definitely nights that I stumbled out of clubs and that I blacked out and was just completely reckless, did not care."

"I needed to be buzzed to feel OK. I would go to the edge, stand on my tiptoes on the edge and then come back," she continued. "I should be dead."

After her father, Joel, who was an addict, died in 2015, it made JoJo realize that she "did not want to do that."

"My dad was an addict and I refused to end up like that. I did not want to do that. I would’ve ended up like my dad, just going to sleep one day and not waking up," she said. "Because life is hard. Not coming from a cushy situation where I can just run home to mommy and daddy and 'go home.' Where is that for me? I make my own home. I had myself, so I had to make this work."