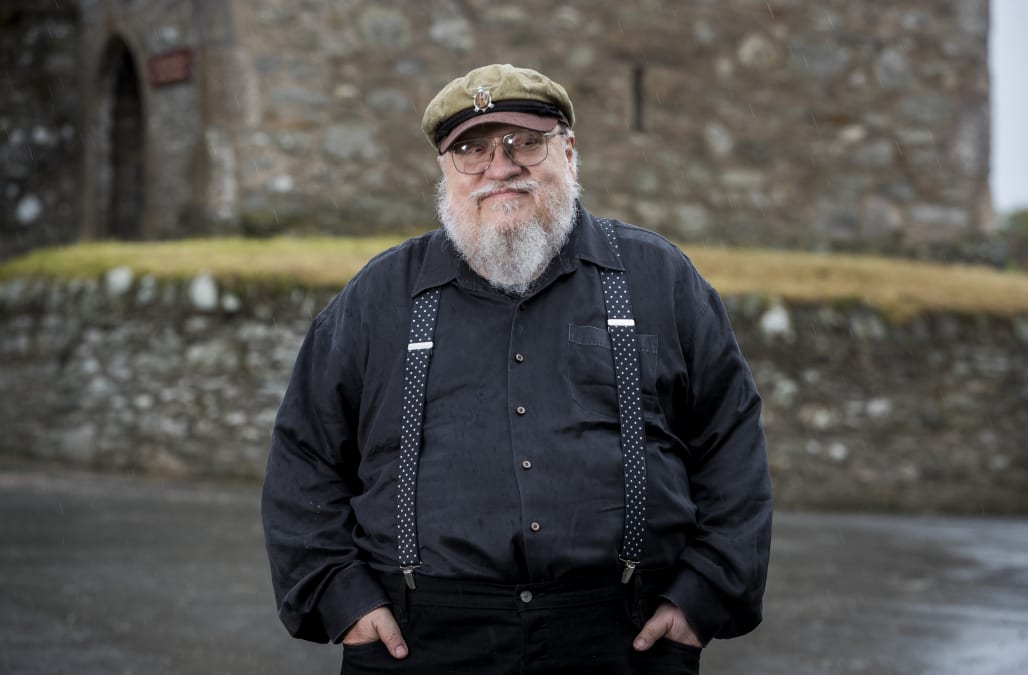 A burn is coming.

“A Game of Thrones” author George R.R. Martin originally planned for his books in the “A Song of Ice and Fire” series to stay ahead of the HBO show, which premiered in 2011. But a few seasons in, it became evident the show would surpass the novels. Then, in 2019, HBO’s “Game of Thrones” ended with its controversial eighth season, and Martin’s last two books in the series, “The Winds of Winter” and “A Dream of Spring,” are still MIA.

Now, it appears “Jeopardy” has had enough.

On Tuesday’s episode of the game show, in the category “After All These Years,” contestants were treated to the following answer:

After nearly a decade of waiting, this author assures us “The Winds of Winter” is coming ― there’s an excerpt on his website.

The correct response is, of course, “Who is George R.R. Martin?”

A Reddit user noticed the slight dig and put it on the “Game of Thrones” subreddit, saying, “Jeopardy writers with the GRRM shade on today’s episode.” It was promptly upvoted.

By staid “Jeopardy” standards, this is a bigger burn than Daenerys gave King’s Landing.

Martin has been hounded by people for years to finish his books, and told HuffPost in 2014 that the most ridiculous fan theory out there was that he had actually finished them and was hoarding them away:

From my point of view, the craziest one is the people who believe that I’ve actually finished all of the books, and I’m just sitting on them for some reason in order to get more money or increase the value, you know, to release them an appropriate point. That’s a pretty crazy one, but there seem to be people who actually believe that.

In 2019, Martin admitted the HBO show had slowed him down, and now that it’s over, a lot of the pressure is off.

“Having the show finish is freeing, because I’m at my own pace now,” he told The Guardian.

The author also wrote on his Not A Blog that if he didn’t have “The Winds of Winter” “in hand” when he arrived in New Zealand for the World Science Fiction Convention, which kicks off July 29, he gives his permission to be imprisoned in a cabin on White Island until he’s done.

“What is ... acceptable?” says someone who works on “Jeopardy,” probably.

More from HuffPost US:
Prince Harry Wants You To Just Call Him 'Harry'
White House Hires College Student For Senior Job Amid Disloyalty Purge: Reports
Kim And Kourtney Kardashian Brawl On 'KUWTK' And It's Bananas