Two shot and injured during Diplo concert in Brazil 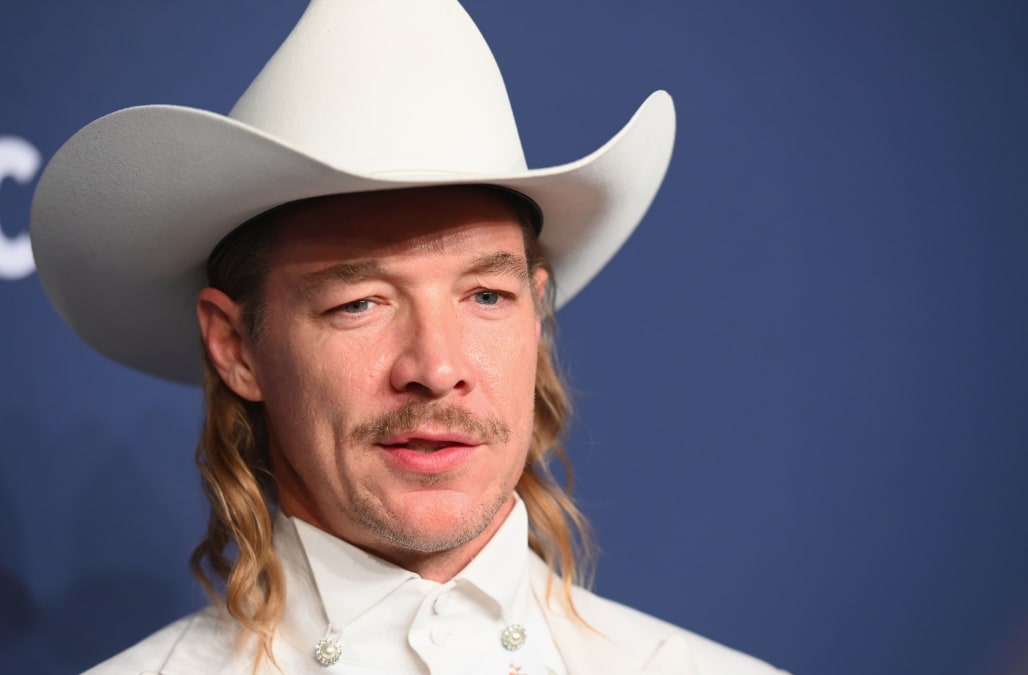 The largest, most-celebrated festival in Brazil took a terrifying turn on Tuesday when two festival goers were shot and injured during a DJ set by Diplo.

Diplo posted a series of photos and videos to his Instagram on Wednesday that began with two photos of the DJ ducking for cover after hearing gunshots.

According to Latin American media organization Remezcla, the shooting happened after one partygoer attempted to steal a chain from another mid-party.

The latter then pulled out a gun and shot the alleged perpetrator in the stomach and a separate woman in the thigh.

Fico muito triste em saber que pessoas foram feridas em um momento de alegria e felicidade como o Carnaval. Faz 20 anos que venho ao Brasil e foi a primeira vez que testemunhei qualquer tipo de violência. Mas não devemos deixar que isso acabe com a liberdade trazida pelo espírito do Carnaval. This is a tough country.. It's bullet proof, maybe even invincible.. Its definitely blessed.. We were actually ready 15 minutes later to get on and do a show for everyone in Sao Paulo just as we made sure the medical teams were good.. But that's when thunder and lightning started to pour down as if Brazil started to cry. I will see you next year Sao Paulo because you know we love you💛💚💙

“This is a tough country.. It's bullet proof, maybe even invincible.. Its definitely blessed,” Diplo wrote in  English beneath a caption written in Portuguese:

“We were actually ready 15 minutes later to get on and do a show for everyone in Sao Paulo just as we made sure the medical teams were good.. But that's when thunder and lightning started to pour down as if Brazil started to cry. I will see you next year Sao Paulo because you know we love you💛💚💙”

The DJ rushed to duck down on top of the truck where he was performing his set to the crowd, according to a translated account from photographer and witness Amauri Nehn: 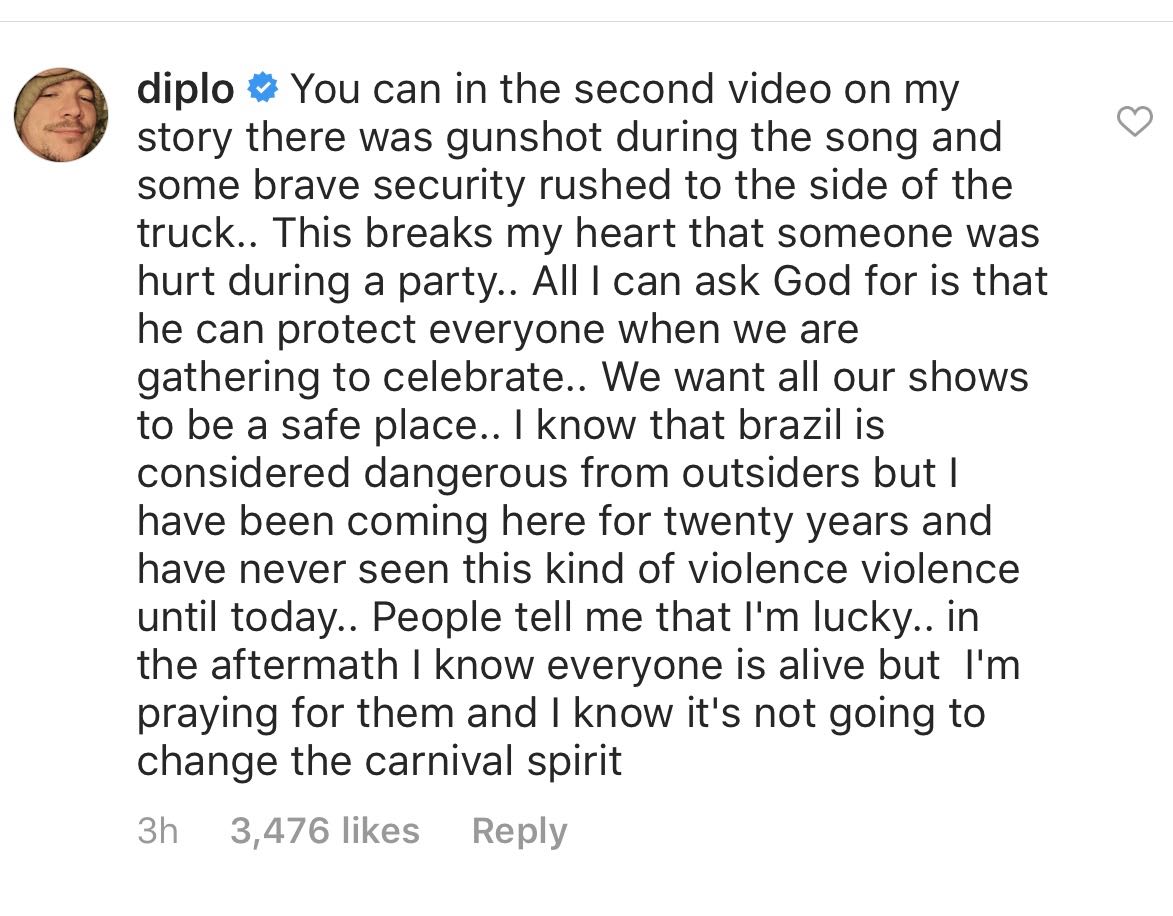 “You can [see] in the second video on my story there was [a] gunshot during the song and some brave security rushed to the side of the truck.. This breaks my heart that someone was hurt during a party.. All I can ask God for is that he can protect everyone when we are gathering to celebrate,” Diplo penned.

“We want all our shows to be a safe place.. I know that Brazil is considered dangerous from outsiders but I have been coming here for twenty years and have never seen this kind of violence … until today.. People tell me that I’m lucky.. in the aftermath I know everyone is alive but I’m praying for them and I know it’s not going to change the carnival spirit.”

The Carnival of Brazil is an annual festival with Catholic origins, beginning on the Friday before Ash Wednesday and culminating on that Wednesday at noon, marking the beginning of Lent.

The five-day-long festival is known for street parties filled with music, dancing and overall celebratory activities, making the presence of violence and fear all the more devastating, explains Brazilian native and Carnival attendee Thomaz Rodrigues:

"Carnaval is a very unique holiday in which people from all over the world fly to multiple destinations across Brazil and are able to celebrate it in different ways but most importantly, it’s a moment to be yourself and have fun like no other event I have ever experienced. Therefore, it breaks my heart when I hear this type of news, because I would also be lying if I said that this is not risk that occurs frequently in both Carnaval and Brazil. It does not happen every time but it does happen so I can’t hide my frustration because if we didn’t go through these situations, both the holiday and the country would have potential to be something really special but there are still a lot of security, educations violence and cultural issues to be fixed in order to achieve that."

The rest of Diplo’s set was cancelled immediately after the shooting but per the DJ’s Instagram account late Wednesday, the scheduled performance of his EDM trio Major Lazer will continue as planned:

“Regardless.... My whole @majorlazer crew still going strong in Brazil.. Here are a Couple highlights from Sao Paulo and Belo Horizonte 🇧🇷,” he captioned the set of videos.

There are no further victims reported at the time.

More from Aol.com:
People are losing their minds over photos of John C. Reilly's hot son: 'Biology is wild'
J-Lo, Shakira pile up FCC complaints over Super Bowl halftime show: 'We had our eyes molested'
Kim Kardashian gets surprised by a sweet note from her kids in her meeting