How Chrissy Teigen overcomes feeling 'inadequate' as a mother: 'Who even sets these standards?' 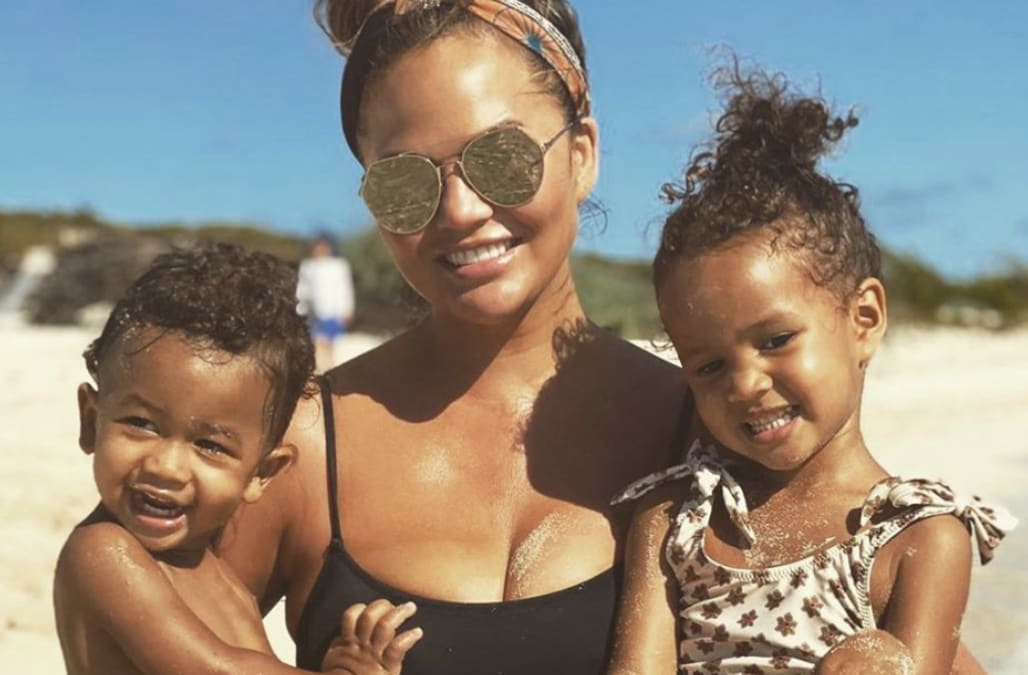 As a celebrity mother, Chrissy Teigen knows what it feels like to be mom-shamed by complete strangers online and, although she’s figured out ways to deal with that unwarranted negative feedback about her parenting, it has also left her feeling “inadequate” on occasion.

During an interview with In The Know’s Gibson Johns in support of Pampers’ “Share the Love” campaign last week, the mother of two shared how she’s fighting back against the “standards” that are placed on fellow moms out there.

“This especially resonated with me, because obviously being mom-shamed, [you go] through periods of time where you feel you’re inadequate or maybe not doing your best or worrying that you’re not the best mom out there,” Teigen told ITK. “It just went along with the campaign, because we realized that 9 out of 10 moms actually feel like they’re not doing their best. They feel inadequate or not up to par or up to standards. Who’s to say who even sets these standards?”

“We’re basically just trying to get people to share the love, use the hashtag, motivate other moms, bring positivity, vent together, complain together and love together because, honestly, our one common bond is that we all love our babies,” she went on. “We’re all completely enamored with our own children to the point where it’s insufferable. But to be able to come together and share the little grievances and the things that drive us crazy while still being able to feel like you’re still a human person who hasn’t lost their entire identity is really important.”

So proud to be partnering with my friends @PampersUS to #ShareTheLove with moms everywhere - we’re all learning as we go and we are better together! Tag your mom friends and remind them that they’re doing great! Xo Chrissy #PampersPartner

The “Cravings” author added that there’s no “right” way to be a parent, pointing out that “we’re all raised differently” and that, at the end of the day, the commonalities among the different approaches to motherhood are actually pretty simple.

“There’s no right way, and everybody turns out fine. Babies just need affection and love and attention. It’s really simple, and to overthink it is crazy, because we just need empathetic and loving people in this world,” Teigen said. “We need people who are going to be understanding of other people, and what else is there? As long as you teach them that, then who cares?”

During her conversation with In The Know, the “Lip Sync Battle” star, who shares Luna, 3, and Miles, 20 months, with husband John Legend, also stressed that “if you’re not taking care of yourself, then you can’t give your all to your kids,” meaning that it’s imperative for her to not only make time for herself, but also to make time with Legend.

“John loves a date night. I say John, because I don’t love going out very much, but I love it because it makes him happy and I do it because it makes him happy. He knows that, too, so he gets extra excited because of that. He loves planning a spa day or a weekend away,” Teigen smiled. “We definitely try to get those moments. I count the moments watching ‘Homeland’ — those are my moments! It’s not just about taking off to Mexico. Like, the other day, he made chicken pillared, and he takes the time to do that and we have a really good, normal night in where we’re both going to be up late on the couch together and that’s it. It doesn’t have to be anything major!”

pack it up, back to work!

That being said, Teigen laughed about the fact that, even on their date nights, she and her husband find themselves talking about their kids — or even FaceTiming with them — because, well, that’s their life now!

“Of course, we end up talking about the kids the entire time. It’s really just what happens. You FaceTime then, you Google Duo, you do whatever,” she said. “You are literally so dorky about being in communication with them. Even when you try to bring it down to just you two, it still is about them, because you created these beings together and that’s just your lives together now.”

The post How Chrissy Teigen overcomes feeling ‘inadequate’ as a mother appeared first on In The Know.