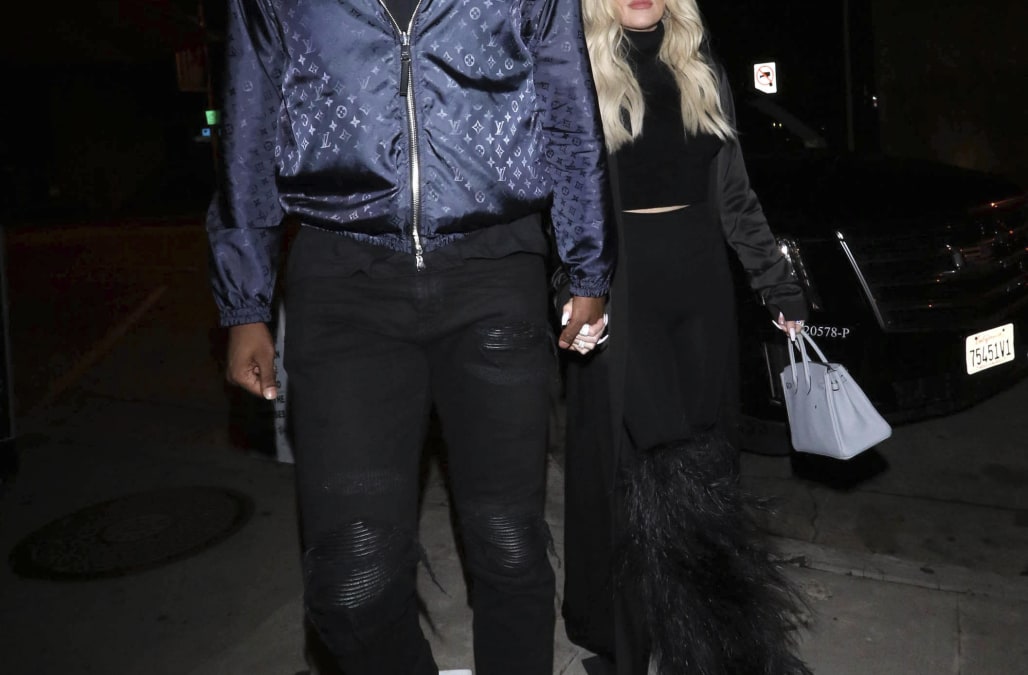 Khloe Kardashian is moving forward in her co-parenting journey with her ex, Tristan Thompson. The 35-year-old reality star shares daughter, True Thompson, with the 28-year-old NBA star. Though the couple split last year following a cheating scandal with Kylie Jenner's former friend, Jordyn Woods, they have remained committed to raising their daughter.

Part of that comes from the example Khloe found in her own parents -- Kris Jenner and the late Robert Kardashian -- who co-parented their four children successfully after the couple ended their marriage.

Khloe Kardashian and daughter True on Instagram
A leopard and her cub 🐆
🐚 my beach baby and Me 🐚
🦋 I meant to post these yesterday 🦋
True is still processing how she feels about the pigs 🐷 I think the other pigs are still sleeping. It’s early.
Me and my baby girl @goodamerican
Vibes
Up Next

"I always remember though, how amazing [they were]," Khloe says of her parents during a podcast appearance in a sneak peek clip for Keeping Up With the Kardashians. "I'm sure now that I have gone through it myself trying to co-parent that they were so seamless with it. I never, ever heard my parents talk disrespectfully about the other one."

My Minnie kept asking to take pictures with me. She put her arm around me, leaned on my cheek and posed 💕 I was melting lol These days I’m soft🙄

She adds, "As a kid I didn't know, my parents were so good at not letting us feel whatever they were going through."

This lesson is one that Khloe has carried into her own life as a parent.

"For me, True is one and, like, a month old so she doesn't really know what's happening, but to me, she does know and she feels energy," Khloe says of her and Tristan's daughter. "I'm a big believer of that so I do everything in my power to not put any sort of heavy energy around her."

Noting that she wants to give True the "same" positive parenting environment she had growing up, Khloe says of her ex, "I know her dad is a great person. I know how much he loves her and cares about her. So I want him to be there."

Tristan previously was embroiled in a different public cheating scandal just days before Khloe gave birth to True in 2018. She allowed the athlete to be in the delivery room with her and the pair later reconciled. The two split once and for all last year.

Several sneak peek clips have been released teasing the new season of KUWTK, including one where Khloe's older sister, Kim Kardashian West, tells her about running into Tristan and inviting him to dinner.

Keeping Up With the Kardashians returns in spring 2020 on E! Watch the clip below for more: