Harvey Weinstein found guilty: How Hollywood is reacting to the verdict 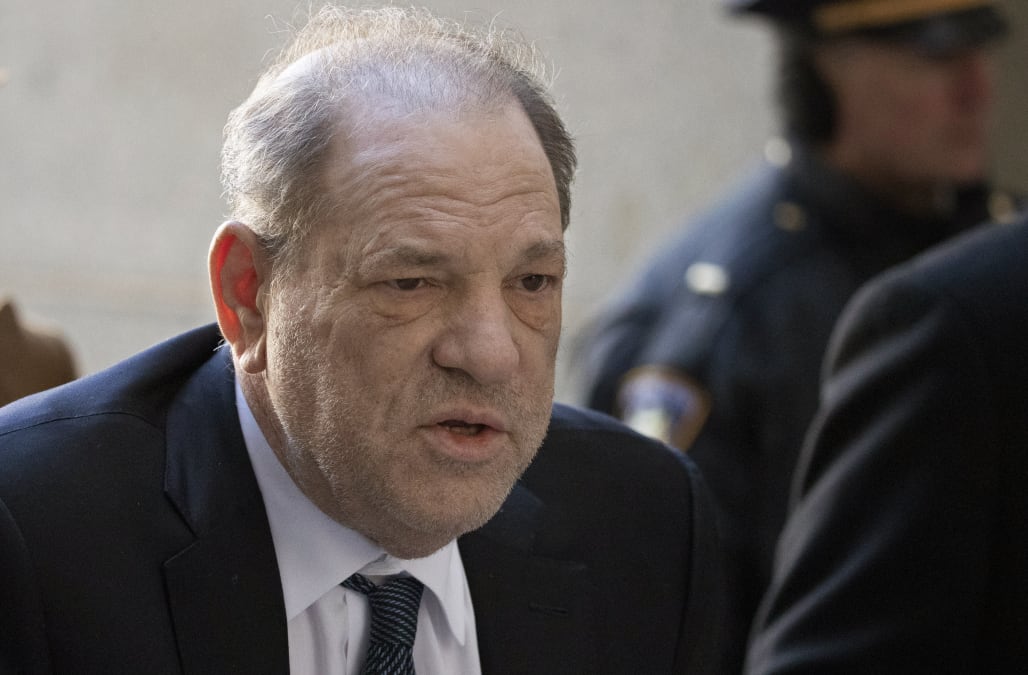 On Monday, Harvey Weinstein was found guilty of rape in the third degree and of criminal sexual assault in the first degree. He was facing two counts of rape, one count of criminal sexual act and two counts of predatory sexual assault after being accused of raping one woman in 2013 and forcing oral sex on a production assistant in 2006. Soon after the verdict was announced, Alyssa Milano, Amber Tamblyn and more celebrities took to Twitter and Instagram to share their thoughts on the outcome.

Tina Tchen, president and CEO of the TIME’S UP Foundation, issued the following statement after news of the verdict in the Weinstein trial was announced: “This trial -- and the jury’s decision today -- marks a new era of justice, not just for the Silence Breakers, who spoke out at great personal risk, but for all survivors of harassment, abuse, and assault at work. We owe a debt of gratitude to Mimi Haleyi, Jessica Mann, Annabella Sciorra, Dawn Dunning, Tarale Wulff, and Lauren Young and all the Silence Breakers for their bravery and resolve as they faced this man in court. We continue to believe them -- all of them -- and continue to be in solidarity with them,” she said.

“The jury’s verdict sends a powerful message to the world of just how much progress has been made since the Weinstein Silence Breakers ignited an unstoppable movement. In two short years, TIME’S UP helped pass new laws to help survivors achieve justice, helped thousands of individuals take on harassers and abusers in court, and changed the game when it comes to how matters of safety and equity in the workplace are understood,” Tchen continued. “While we celebrate this historic moment, our fight to fix the broken system that has allowed serial abusers like Harvey Weinstein to abuse women in the first place continues. Abusers everywhere and the powerful forces that protect them should be on notice: There’s no going back.”

This ⁦@nytimes⁩ piece I wrote feels as relevant as ever right now. I stand with the #SilenceBreakers and the men and women everywhere who have faced the injustice of silence for too long. #TimesUp
Amber Tamblyn: I’m Done With Not Being Believed https://t.co/PaxcoCWvhI

The jury convicted Weinstein of 1 count of rape & 1 count of committing a criminal sexual act. He was acquitted on the charges of predatory sexual assault, which each carried a potential life sentence.https://t.co/6J16rDHUbN

“I stand with the #SilenceBreakers and the men and women everywhere who have faced the injustice of silence for too long,” Tamblyn wrote on Twitter, while Anthony Rapp took time to acknowledge “the women who bravely stepped forward to help forever alter the conversation around what they -- and all of us -- have to put up with.”

I applaud the women who bravely stepped forward to help forever alter the conversation around what they — and all of us — have to put up with. Gratified to see some justice being served here. #MeToohttps://t.co/wR4f66uecj

Meanwhile, others took to social media to share statistics and information about sexual assault and crimes that still need to be addressed.

0.7% of sex criminals are convicted. weinstein has been convicted https://t.co/f1Ppy3ploe

The jury’s decision comes after five days of deliberation. Their verdict was based on several weeks of intense testimonies as six women for the defense described alleged encounters and unwanted experiences with the former Hollywood mogul. Since being indicted by a grand jury in 2019, Weinstein has maintained that his sexual encounters with the women were consensual and pleaded not guilty to those charges.

Hollywood was rocked when The New York Times and The New Yorker published explosive investigative reports detailing decades of alleged sexual misconduct and abuse by Weinstein in the fall of 2017. Since then, more than 80 women have come forward with accusations against someone long thought to be the industry’s most untouchable power player. Weinstein has denied all accusations of unlawful, nonconsensual sex.

While the New York trial has drawn to a close, Weinstein’s legal troubles are far from over. In January, on the first day of the Manhattan proceedings, Los Angeles prosecutors announced new sexual assault charges -- “raping one woman and sexually assaulting another in separate incidents back in 2013” -- against the disgraced mogul. “We believe the evidence will show that the defendant used his power and influence to gain access to his victims and then commit violent crimes against them,” L.A. County District Attorney Jackie Lacey said in a statement. If convicted, he faces up to 28 years in prison. His legal team has yet to respond to the new charges.