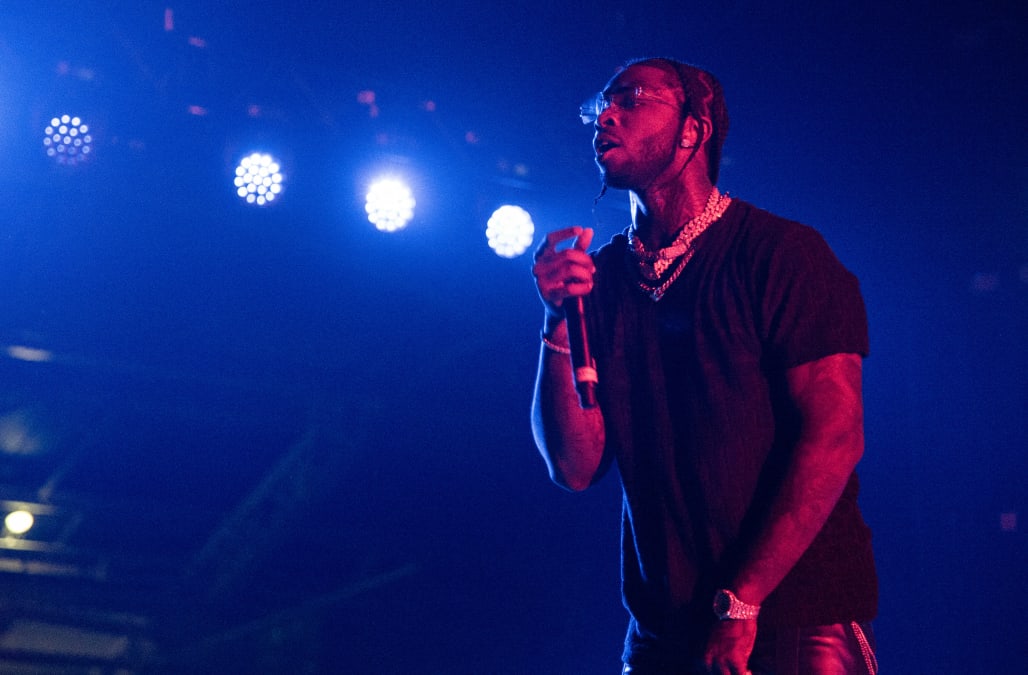 Last Wednesday, a group of people broke into a Hollywood Hills residence where 20-year-old rapper Pop Smoke was staying and fatally shot him. News of the artist's death stunned fans and members of the hip-hop community alike — the rapper (whose real name is Bashar Barakah Jackson) had been singlehandedly responsible for popularizing the Brooklyn drill scene and had released his highly anticipated mixtape "Meet the Woo 2" just the week before. Based on his discography alone, it was clear to many that Pop Smoke, who was signed to Republic Records, was on his way to stardom.

Still, amid the endless number of tributes to the artist, it has been difficult to ignore the underlying message that some media outlets have sent while covering the rapper who exploded the industry with "Welcome to the Party." Though authorities are still attempting to identify suspects and a motive for the homicide, the media has written Pop Smoke's death off as one that was somehow expected.

Though it was clear from the very beginning of the rapper's short career that he had connections with members of the Crips, news outlets have honed in on that relationship in their coverage of his murder. In doing so, they continue to vilify hip-hop artists (both subtly and openly). The Los Angeles Times, for instance, acknowledged that Pop Smoke was "one of the most promising voices from the New York scene." Still, it managed to qualify that characterization with the following paragraph:

"But Pop Smoke’s brief life in Brooklyn was troubled from the start. He claimed in interviews that he had been expelled from middle school for bringing a gun to campus. Even after his rise, his rough past caught up with him. What could have been a triumphant hometown set at New York’s Rolling Loud festival last year was derailed when the New York Police Department requested that he and four other local rappers be pulled from the bill, citing 'public safety concerns.'"

Even worse, Variety made little mention of Pop Smoke's impact on hip-hop and instead devoted half of its article on his legal troubles — it cites a January arrest in which the rapper was charged with transporting a stolen vehicle across state lines. The story abruptly concludes with a callout of an incident that occurred in October 2019:

"In October, he was one of five New York rappers that the NYPD blocked from performing at the Rolling Loud hip-hop festival in Queens. Officers claimed that the rappers had been 'affiliated with recent acts of violence citywide,' but did not specify any criminal behavior."

CNN also made note of the October incident despite the fact that it had very little to do with the rapper's murder.

While the media has a duty to lay out all of the facts, coverage of Pop Smoke's death shows that news outlets are also prone to perpetuating harmful stereotypes. For decades, the media's portrayal of rap music has been one-dimensional and contemptuous. In 2003, for example, Fox News host Bill O'Reilly moderated a discussion on gangsta rap with Harlem rapper Cam'ron and record executive Dame Dash. Though it was meant to be a civil conversation on the impact of a musical genre, O'Reilly's stance on the issue was evident through his handling of the discussion — that gangsta rap was hurting America's children.

That same year, linguist John McWhorter argued in City Journal that commercialized hip-hop (which, at that time, consisted of mostly gangsta rap) was holding Blacks back.

"Hip-hop exploded into popular consciousness at the same time as the music video, and rappers were soon all over MTV, reinforcing in images the ugly world portrayed in rap lyrics," he wrote. "Video after video features rap stars flashing jewelry, driving souped-up cars, sporting weapons, angrily gesticulating at the camera, and cavorting with interchangeable, mindlessly gyrating, scantily clad women."

The widely held perception that rap is simply "violent" music over the years has, in turn, affected how the media covers the deaths of artists who produced that very music. When Los Angeles rapper and activist Nipsey Hussle was murdered in March 2019, outlets decidedly focused less on the artist's philanthropy and more on his status as a member of the Rollin' 60s Crips. When Chicago-bred rapper Juice Wrld passed away of a drug overdose later that year, the emphasis was placed on his history of drug abuse instead of his impact on millions of millennials and Gen Zers.

Evidently, both the media and public have dehumanized rappers to the point where the average person is led to believe there is almost always a "legitimate" reason as to why any given rapper died an unfortunate death.

"When a rapper dies young, we might feel a good-faith reflex to make sense of the senselessness, to learn some kind of lesson or surface some kind of moral," Washington Post's Chris Richards wrote. "For the bad-faith crowd, it can be an opportunity to superimpose racist stereotypes about drug abuse and gang violence on a fresh tragedy."

Pop Smoke, who was open about his rough upbringing in Canarsie, never shied away from his past and touched on it regularly in his music. But he also made it consistently clear during his short life that he wanted to take advantage of opportunities that he previously didn't have.

"I like learning new things and experiencing new things," he told the New York Times' Jon Caramanica once. "You can’t stay the same."

For the novice listener, Pop Smoke may have just been another rapper who was a stereotypical death-by-violence statistic in an industry where many of its most iconic artists have died under unfortunate circumstances (the media has certainly played a part in contributing to that depiction). The truth, however, is he was much more than that. He was an ambitious, rising star with dreams of expanding his career as not only as an artist, but a visionary and room-shaker.