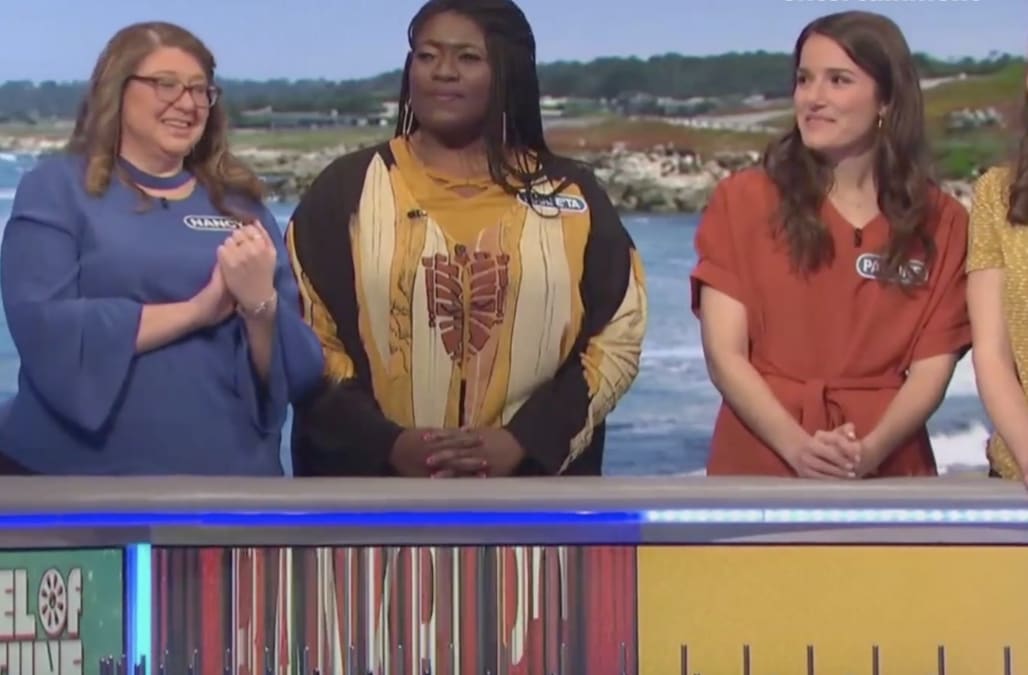 It is "Girlfriend Getaways” week on Wheel of Fortune. And during Thursday evening's game fans were treated to a rare sight, one of the contestants guessed "Q."

Best friends Marleta Robinson and Nancy Krol were looking forward to going on a trip together, compliments of the game show. And things looked pretty promising, right up until Robinson guessed one of the rarest letters ever picked on the show the letter Q.

Not only is it rare for a contestant to guess Q, in this case there wasn't really anywhere for it to go. The clue was "Living Thing," and the existing puzzle was "E _ _TIC - AND - C _ L _ R _ _ L - BIRDS." Since almost all English common words with Q's in them also require U's, the only available spaces were "EQUTIC" and "C _ L _ RQUL."  Neither of which are words.

The pair did go home with $7,300, so it wasn't a complete loss. Hopefully neither of them visit Twitter either, because the fans on there were blown away by "Q"uestionable letter choice.

q?? Q!!?? I bet those two aren't friends anymore after that games. #WheelOfFortune

🤦🏽‍♀️ where the hell did she think a "Q" was gonna go??? #wheeloffortune

The only time you would guess “Q” is a when blood vessel bursts in your brain and it’s the last thing you say before you collapse and die. #wheeloffortune

More from Yahoo Entertainment Video:
So You Think You Can Dance renewed for season 17 — which judge is out?
Al Pacino’s Nazi-killing series ‘Hunters’ is a ‘love letter’ to creator’s grandmother
'Bachelor' contestant Victoria F. apologizes following 'White Lives Matter' scandal