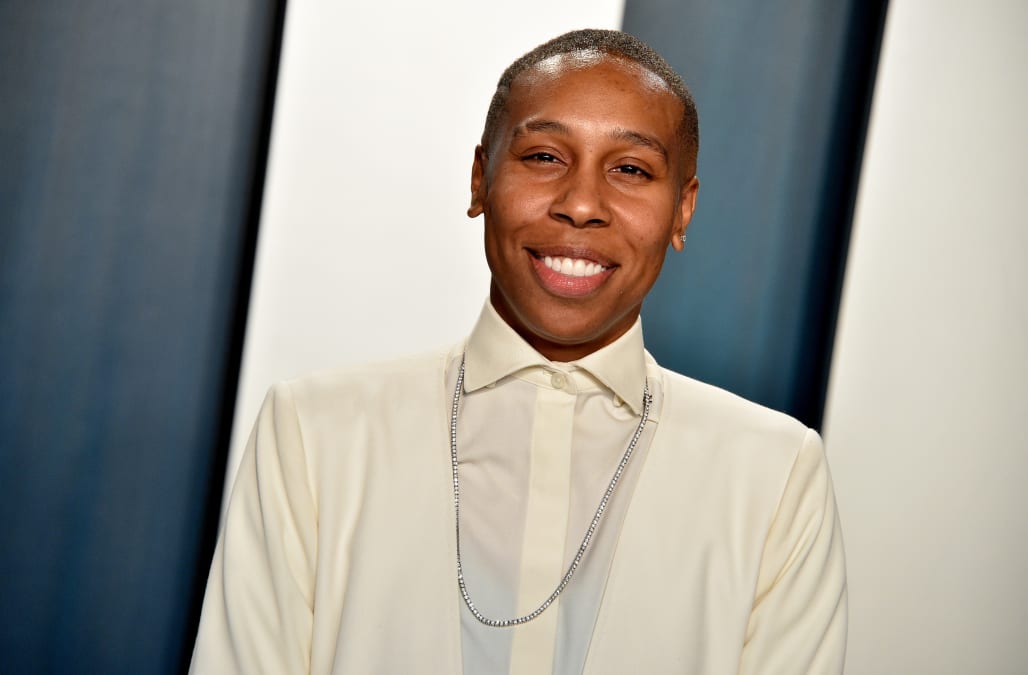 It’s been a long wait, but a Disney heroine finally has a girlfriend… and it’s not Elsa. Months after The Rise of Skywalkerfeatured the first same-sex kiss in the Star Wars galaxy, the new animated film Onward introduces the first self-identified lesbian character into the Disney-Pixar universe. Her name is Officer Specter, and she’s a Cyclops cop voiced by openly gay screenwriter and actress Lena Waithe. While Specter’s inclusion in Onward is a major first for Disney, it’s treated almost matter-of-factly in the movie itself, which the filmmakers say is by design. “It just kind of happened,” Onward producer Kori Rae tells Yahoo Entertainment. “The scene, when we wrote it, was kind of fitting and it opens up the world a little bit, and that’s what we wanted.” Adds director Dan Scanlon, “It’s a modern fantasy world and we want to represent the modern world.”

Specter only appears in one scene in Onward, which opens in theaters on March 6, but her role is vital to the emotional arc of the story. Written by Scanlon, Jason Headley and Keith Bunin, the film takes places in a magical universe whose fantastical citizens — think elves, dragons and manticores — have lost their connection to the magical arts. Onward’s heroes are two elven brothers, Ian and Barley (Tom Holland and Chris Pratt), who lost their father at a young age before either had a chance to properly say goodbye. On Ian’s 16th birthday, their mother (Julia Louis-Dreyfus) hands them a present left behind by dearly departed dad, which turns out to be a 24-hour resurrection spell. Due to their limited experience with magic, the spell immediately goes haywire, forcing the duo to embark on a ticking-clock quest to find a replacement element before their father vanishes again. Meanwhile, Mom and her new boyfriend, centaur cop Colt Bronco (Mel Rodriguez), try to catch up with the boys to protect them from a curse that their mission threatens to unleash.

Officer Specter enters the narrative in mid-quest as Ian and Barley are en route to the magical mountains outside of their otherwise ordinary town. The brothers’ reckless piloting of Barley’s beloved van, Guinevere, brings them to the attention of one-eyed Specter and her faun sidekick, Officer Gore (Ali Wong), who pull the boys over. Not wanting to be escorted home, Ian casts a masking spell that temporarily disguises him and Barley as Colt. The ruse fools Specter, who listens as “Officer Bronco” complains about his girlfriend’s kids and the difficulty of being the new guy in their mom’s life. She immediately sympathizes with him, explaining how her “girlfriend’s daughter” is equally prone to mischief, but adds that the best thing they can do is try to be there for them. In that moment, both Ian and Barley start to understand that their family’s new arrangement is as difficult for Colt as it is for them. As Ian’s illusion starts to break down, the brothers make a quick exit… but not quick enough to avert Specter’s suspicions. She gets a message to the real Colt through the police switchboard and the chase resumes.

Although we never meet Specter’s girlfriend — or, for that matter, her girlfriend’s daughter — her mention of them represents a small, but significant leap forward for Pixar, one that the studio has been building to for the past several years. In 2016, the internet went into overdrive when a trailer for Finding Dory seemed to spotlight a lesbian couple pushing a stroller through the aquarium where much of the movie’s action takes place. But the finished film never confirmed the women’s relationship, disappointing many who hoped to see same-sex partnerships featured in a major animated film. Finding Dory star Ellen DeGeneres was among the people who commented on the need for LGBTQ representation at the time. “When I heard [that speculation], I thought, ‘That’s cool,’” DeGeneres told Yahoo Movies UK in 2016. “But I had seen the movie and I hadn’t seen what they were talking about. And then I realized it was just a woman with short hair and they just jumped to a conclusion that any woman with short hair is a lesbian!”

Last year’s Toy Story 4 — which just earned Pixar its 10th Oscar statue for Best Animated Feature — similarly featured a blink-and-you’ll-miss-it background appearance by a possible same-sex couple. During bookended scenes depicting the first day of kindergarten, two women can be glimpsed dropping off and then picking up a young girl. That was enough for one anti-LGBTQ group to call for a boycott of the film — a call that was ignored by the majority of American moviegoers, who powered Toy Story 4 to a franchise-best $434 million domestic gross.

Unlike her possible predecessors, Specter isn’t remaining silent or in the background. And it’s only appropriate that Waithe is the one to shatter this particular barrier. In 2017, she became the first African-American woman to win an Emmy for Outstanding Writing for a Comedy Series for an acclaimed episode of the Netflix series Master of None that was based on her own coming-out story. Accepting the statue alongside co-writer and series creator, Aziz Ansari, Waithe publicly thanked her then-girlfriend (and now-wife), Alana Mayo, before addressing her “LGBTQIA family” to applause and tears. “The things that make us different, those are our superpowers. Every day when you walk out the door and put on your imaginary cape and go out there and conquer the world, because the world would not be as beautiful as it is if we weren’t in it.”

Officer Specter isn’t the only LGBTQ character that Disney plans to introduce in 2020. The upcoming Marvel Studios blockbuster The Eternals will reportedly feature the Marvel Cinematic Universe’s first same-sex couple, played by Haaz Sleiman and Bryan Tyree Henry. “We represent a gay family, and have a child,” Sleiman revealed in a recent interview with the website NewNowNext, adding that they filmed the MCU’s first same-sex kiss as well. “It’s a beautiful, very moving kiss. Everyone cried on set.” While American moviegoers will see that moment when The Eternals opens in theaters on Nov. 6, it remains to be seen whether it will be included in international cuts of the movie. Disney controversially removed The Rise of Skywalker’s same-sex kiss from versions that played in the United Arab Emirates and Singapore, and could follow the same pattern for both Onward and The Eternals.

Whatever happens with the movie’s international release, Scanlon and Rae are excited for domestic audiences to get to know Office Specter, and credit Waithe with turning a minor character into a major presence. “She’s an amazing actress and writer — I think we improvised for about an hour for a small part,” Rae tells us. And Scanlon wouldn’t say no to a reunion. “You do think afterwards, ‘Oh man, I want to make a movie with [Lena] as the lead,’” he remarks with obvious enthusiasm. Here’s hoping Pixar continues Onward to an Officer Specter spinoff.

Onward opens in theaters on March 6; visit Fandango for ticket and showtime information.