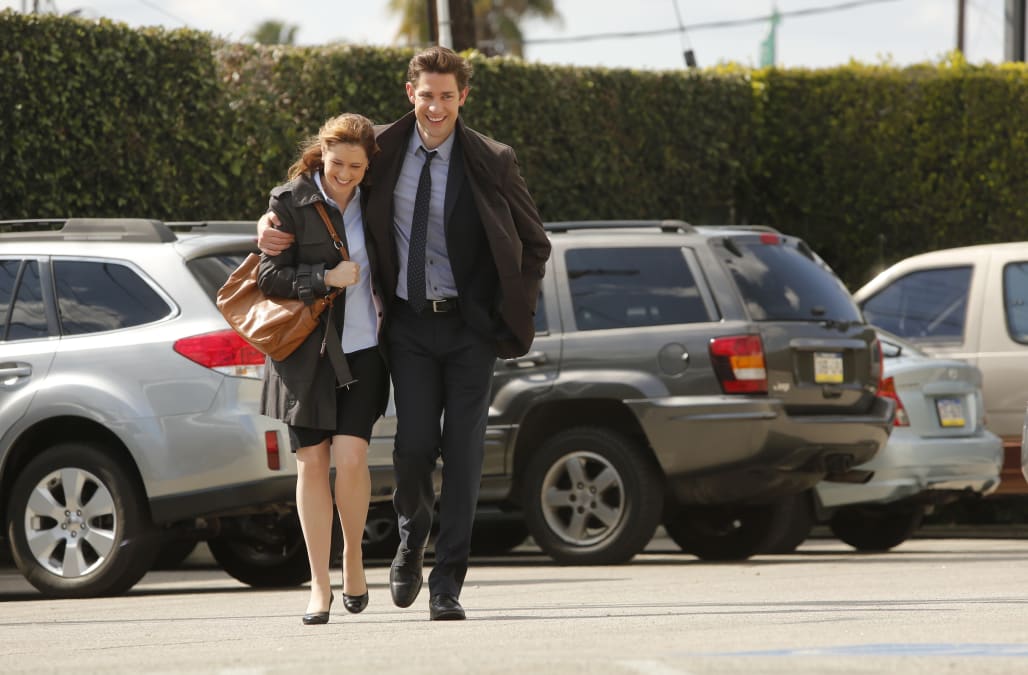 It’s been almost 15 years since the first Christmas episode of “The Office,” and now one mystery from it is finally being solved — kind of.

In the latest installment of Jenna Fischer and Angela Kinsey’s “The Office” rewatch podcast, “The Office Ladies,” the actors discuss the Season 2 episode “Christmas Party.” And during the podcast, Fischer finally talked about a secret that’s been around since the episode aired in 2005.

What did Jim (John Krasinski) write to Pam (Fischer) in his teapot note?

In the episode, Jim gets a teapot for Pam for Christmas and fills it with inside jokes and meaningful items, including a note that supposedly tells her how he really feels. Later, Jim chickens out and steals the note away before Pam sees it.

It’s not until Season 9, after the pair watch footage of their romance put together by the documentary crew, that Jim finally gives the note to Pam.

Up until now, the teapot note’s contents were only known by Fischer and Krasinski.

“When we reached out to fans to ask them what they wanted to know about the Christmas episode, I would say that about 80% of the comments and emails we received were along the lines of, ‘What is in the teapot note?’” Fischer said on the podcast.

The actor explained she was now going to say something she’s never said before, and that she was maybe “going to cry.”

Kinsey asked Fischer if she was going to reveal what was in the note, to which Fischer said, “Sort of.”

“In that episode in Season 9, I believe [showrunner Greg Daniels] suggested to John that he write a personal message from himself to me just saying what our time together on ‘The Office’ meant to him,” Fischer said, growing emotional. “Because we were wrapping up filming. We were wrapping up the series, and we were all so emotional at that time, you know?”

The note was Krasinski’s goodbye to Fischer.

“So I’m on camera and I open up this note that John’s written me, and I just start crying. I just start bawling. The first take was probably not usable. It was the sweetest note, and on camera, Pam says, ‘I’ll never say what it said, but just know it was perfect.’ Well, I’ll never say exactly what John wrote, but I will say, ‘Just know it was perfect.’”

As Fischer notes on the podcast, the moment is reminiscent of her own goodbye to Steve Carell’s Michael Scott, just running up to him and saying how much she’d miss him.

So we’re never going to know exactly what the teapot note said, but at least now everyone can see why Fischer seemed to get so emotional over it.

And that’s the tea.