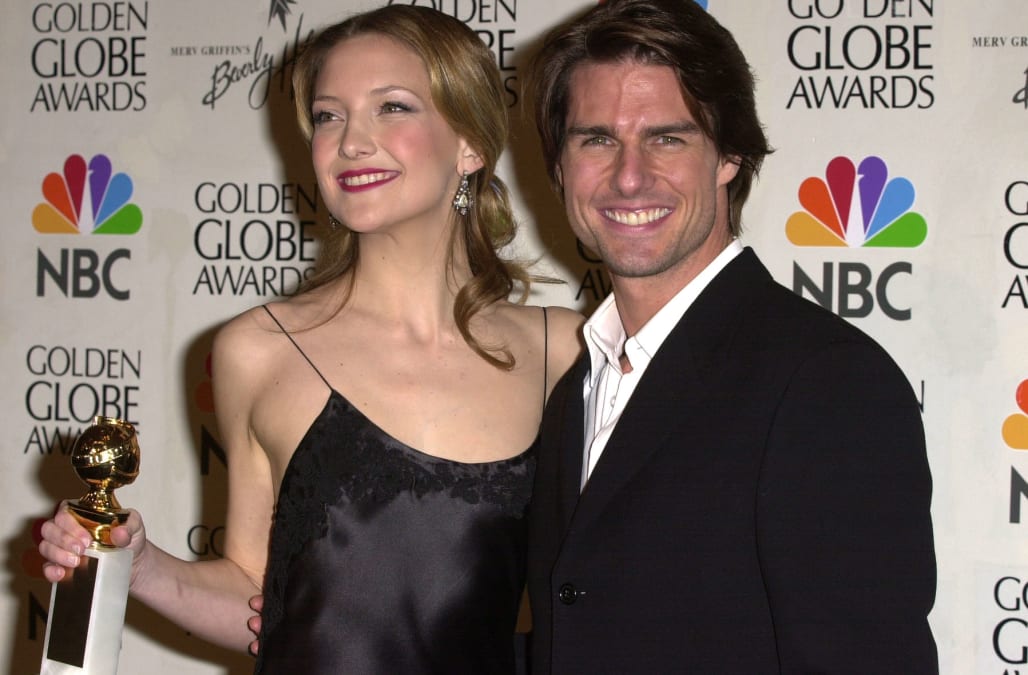 Tom Cruise knows how to make an entrance! During an appearance on Thursday's The Ellen DeGeneres Show, siblings Kate and Oliver Hudson open up about throwing parties at their parents, Goldie Hawn and Kurt Russell's, house when they were teens.

Kate says that as the more responsible sibling, she used to be paranoid at the events and would monitor the guests entering the soirees.

"I just always wanted to make sure everything worked out OK... I'm standing at the door making sure people who aren't supposed to be at the party aren't coming in," she recalls. "There's like 400 people in my parents' house, and I'm kind of freaking out a bit. The control freak in me is like, 'This is not OK.'"

RELATED: Take a look at siblings Kate and Oliver Hudson through the years:

That's when she saw someone crashing the event.

"I see someone scaling, literally scaling, an eight-foot gate at my parents' house. I'm literally freaking out," she says. "They come off and do a back handspring thing. I'm about to yell at this guy, and it's Tom Cruise! And I was like, 'Oh, I didn't realize you were coming to our party.' He was like, 'I heard there was a party.' And I'm like, 'Yeah, Tom, come on in!'"

Kate goes on to gush about the 57-year-old action star, saying, "He is Mission: Impossible! It was wild."

Kate isn't the first star to recently bring up Cruise. Justin Bieber also opened up about his decision to challenge the actor to a fight during his "Carpool Karaoke" segment with The Late Late Show's James Corden.

More from ET Online:
Orlando Bloom corrects his misspelled morse code tattoo
Gigi Hadid says she was told she didn't have a 'runway body' at the start of her career
Lili Reinhart says Luke Perry's 'spirit' visited her in a dream