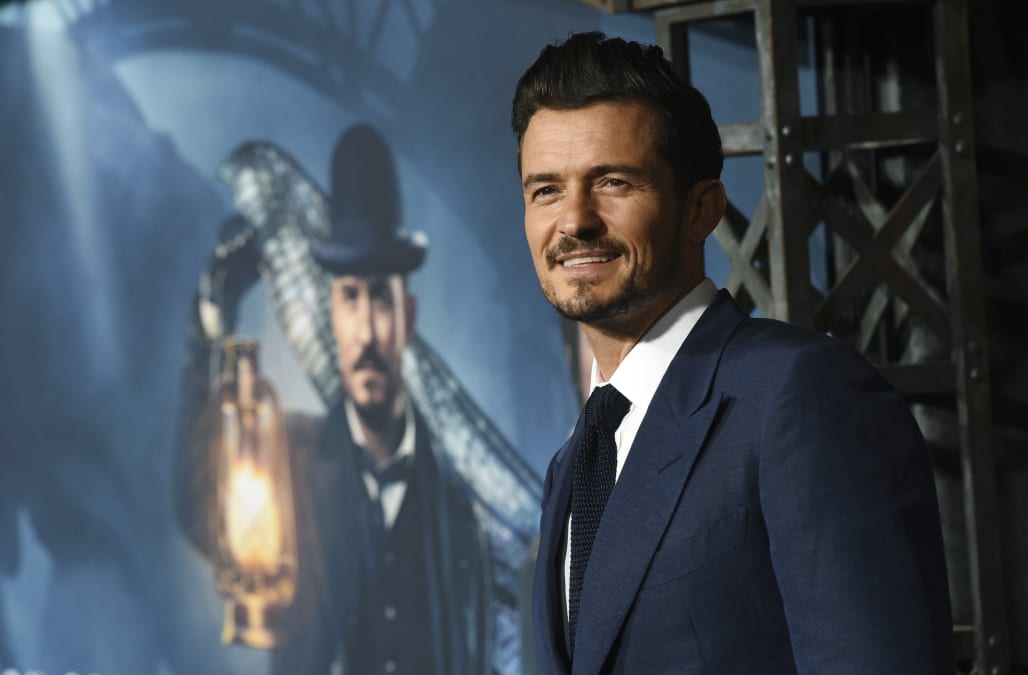 Orlando Bloom is fixing a sweet tribute. After initially misspelling his 9-year-old son, Flynn's, name in a Morse code tattoo on his arm, Bloom returned to get his ink updated with the correct symbols.

"finally dot it right!" Bloom quipped in the caption, referencing the fact that a dot was missing from the initial ink. "How do you make a mistake like that? #pinterestfail (read the small print) 😂"

"fortunately I know how to spell Sidi. Forever my boy ❤️," Bloom added of a second tattoo he got in honor of his late pup, Sidi.

Bloom first debuted his tattoo, which also features Flynn's birth date and time, last week. "new #tattoo can you guess who?" he captioned the pics at the time.

The actor welcomed Flynn with his ex-wife, Miranda Kerr, in 2011, and plans to expand his brood with his fiancee, Katy Perry.

"We are shooting for [having kids together]," Bloom revealed on The Howard Stern Show last year. "It's like this wild mustang. If we can just wrangle this beast and get on it, we’ll have the ride of our life."

See more on Bloom in the video below.

More from ET Online:
Gigi Hadid says she was told she didn't have a 'runway body' at the start of her career
Lili Reinhart says Luke Perry's 'spirit' visited her in a dream
Amanda Bynes' parents haven't met her fiancé