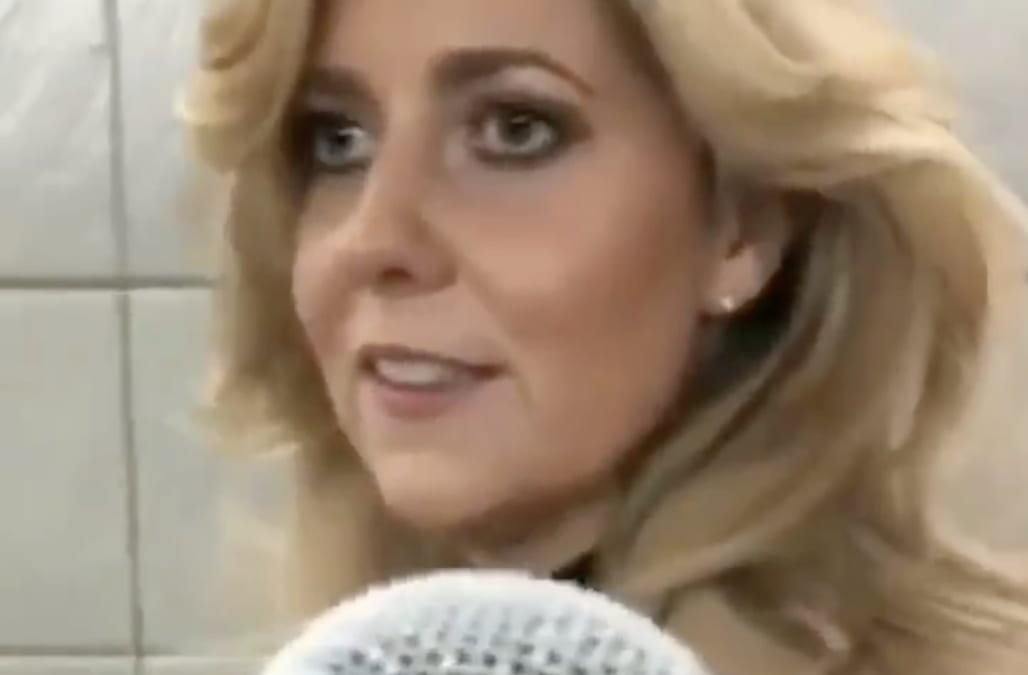 A star was born this week after a viral comedian stopped a random woman exiting public transportation and asked her to finish the lyrics to “Shallow.”

Kevin Freshwater, who creates entertaining clips that are popular on Facebook, was filming a comedy bit he calls “Finish the Lyric” — where he approaches unsuspecting people and sings a portion of a well-know tune before asking them to complete it — when the episode took a sudden turn for the better.

The host came across a typical array of stunned contributors who stumbled and laughed their way through the challenge until he finally approached one woman, later identified as Charlotte Awbery, at a metro station.

“Finish the lyrics!” Freshwater commanded, before singing the first lines of Lady Gaga and Bradley Cooper’s duet from the 2018 hit remake of “A Star is Born.”

Awbery seemed jarred by the request at first but eventually responded with vocals that blew the host away.

This guy challenged strangers to ‘finish the lyrics’ and this woman passing by started belting out Shallow like she was performing at the Oscars, literally flawless 😭

Footage of her performance quickly went viral, racking up close to 18 million views on Twitter and nearly 9 million on Facebook alone. (She appears at 2:15 in Freshwater’s full video below.)

Quickly, people began scouring the web to find the mystery subway woman with the golden vocals.

“Gaga needs to see this and we need to find this woman because whew she can SING,” wrote Twitter user Anthony, a Lady Gaga mega-fan who first shared the clip.

“Literally got chills,” said another user, with a third adding, “Now I have to watch A Star Is Born for the again for the 7th time.”

The singer-songwriter frequently uploads clips of her beautiful musical stylings to her account but had remained relatively unknown until Feb. 16, when Freshwater shared his video.

Although Awbery has yet to publically address her newfound fame, multiple examples of her covers can be found on YouTube and Twitter — including her versions of Sia’s “Chandelier” and Prince’s “Purple Rain.”