Rosario Dawson clarifies her sexuality and relationship with Cory Booker 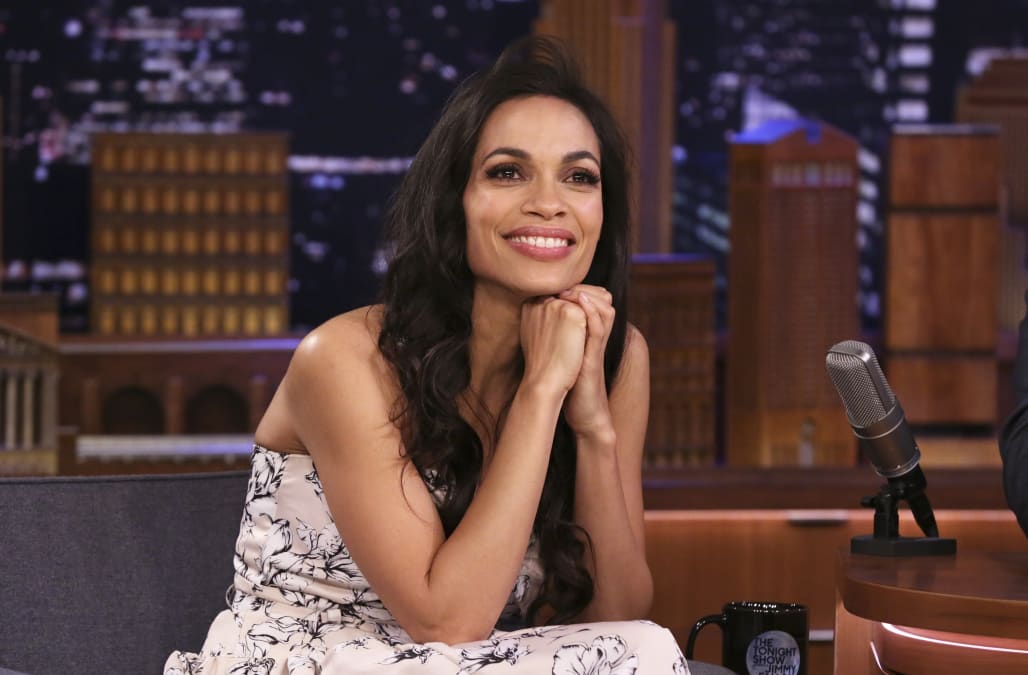 Rosario Dawson is proud of the love in her life. The 40-year-old Briarpatch star opens up in a new interview about questions surrounding her sexuality following a 2018 Pride month post.

17 PHOTOS
Rosario Dawson out and about
See Gallery

Dawson, who recently played a lesbian character on Jane the Virgin, went on to clarify her attraction to women, saying, “I’ve never had a relationship in that space, so it’s never felt like an authentic calling to me.”

The post in question featured an LGBTQ singer belting out powerful lyrics to the tune of Ed Sheeran's "Shape of You." Dawson captioned the post, "Happy pride month! Sending love to my fellow lgbtq+ homies. Keep being strong in the face of adversity. Loud & proud. 🌈🤟🏾."

“It’s the first time I felt like I had to be responsible about my choice of love, which is a challenging thing to do,” she says. “If you fall in love, you fall in love. But there’s another aspect I had to consider: what this meant in [putting] a microscope on my family and particularly on my daughter.”

Of Booker, who recently exited the presidential race where he was a democratic candidate, she adds, "But in each other I think we found our person."

Dawson has no problem showing off her love for her man on social media.

In January, she gushed about the politician, writing, "My love, I’m always impressed with how you exude such grace and civility while expressing your passion and brilliance in response to these tumultuous times. I’m so grateful for your voice and dedication. Your love lifts us all up. Thank you. You and your team continue to grow humanity and build community daily, giving me faith that indeed We Will Rise. I see you. I love you!"

For Valentine's Day, the couple shared a cute video together with a heart filter, which she captioned, "Spread The Love Unconditional."