Justin Bieber explains what was happening in those crying paparazzi photos 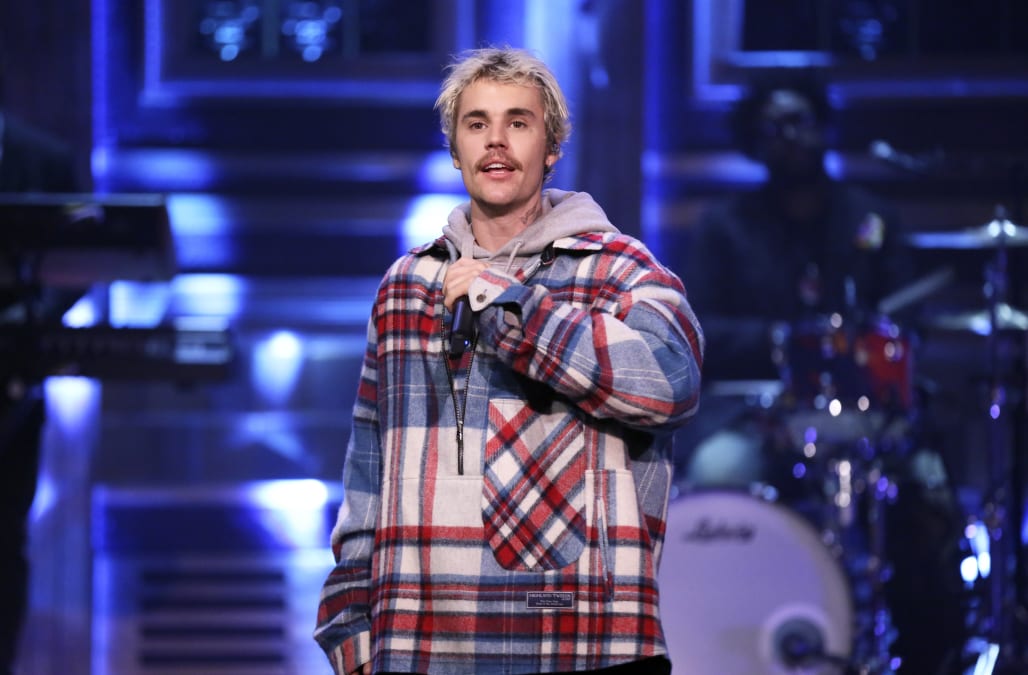 Justin Bieber has finally explained what was going on in a viral series of 2018 paparazzi photos that show him crying in New York City.

The pop star revealed in new episode of his YouTube Originals docuseries, “Justin Bieber: Seasons,” posted on Monday, that the pictures captured him when he was feeling “overwhelmed.”

“I’m being a normal person, and crying,” said Bieber, 25, who has been a celebrity more than half his life, in the ninth installment of his docuseries.

The paparazzi photos show Bieber is sitting alongside his now-wife, Hailey Baldwin, with his face in his hands crying.

Justin:” I think this was a point in my life where I was just so overwhelmed. I’m being a normal person, and crying.”-Transcription from Justin Bieber: “Seasons” EP9. pic.twitter.com/gn05dT2opp

Fans who saw the pictures questioned Bieber’s welfare and wondered if he and Baldwin were on the rocks.

“When I’m in the media and I look at things on the internet and people are like, ‘Justin’s upset, why is he upset?’ It’s like, they don’t give me permission to be upset,” he explained. “I don’t have permission to be, you know, human and shed tears.”

There’s so many people every day who are in a conversation with their girl or their wife or their mom and they break down, you know? But they don’t have cameras capturing it. So people are like, ‘Is he okay, is he having a mental breakdown?’ And I’m just emotional. And that’s okay.

Bieber said he was really “struggling” on the day the photos were taken.

“I remember feeling emotionally, just overwhelmed and talking to her, not knowing how to communicate certain things and just feeling kind of frustrated,” he said. “You know, there’s been a lot of things that have happened in my life and I think this was a point in my life where I was just so overwhelmed.

“There’s always going to be good days and bad days, if you work a 9 to 5 job or if you’re Justin,” she said. “It doesn’t really matter who you are, everybody’s going to have days where they feel crappy and they don’t feel like pushing through that day but it’s part of life.”

Bieber revealed earlier this year on Instagram that he had been diagnosed with Lyme disease and pushed back on speculation that he’d been on drugs. He also explained that he also had infectious mononucleosis, which he said affected his brain and overall health.