Rosanna Arquette talks Harvey Weinstein: 'I believe there are some Oscar winners who are not able to come forward' 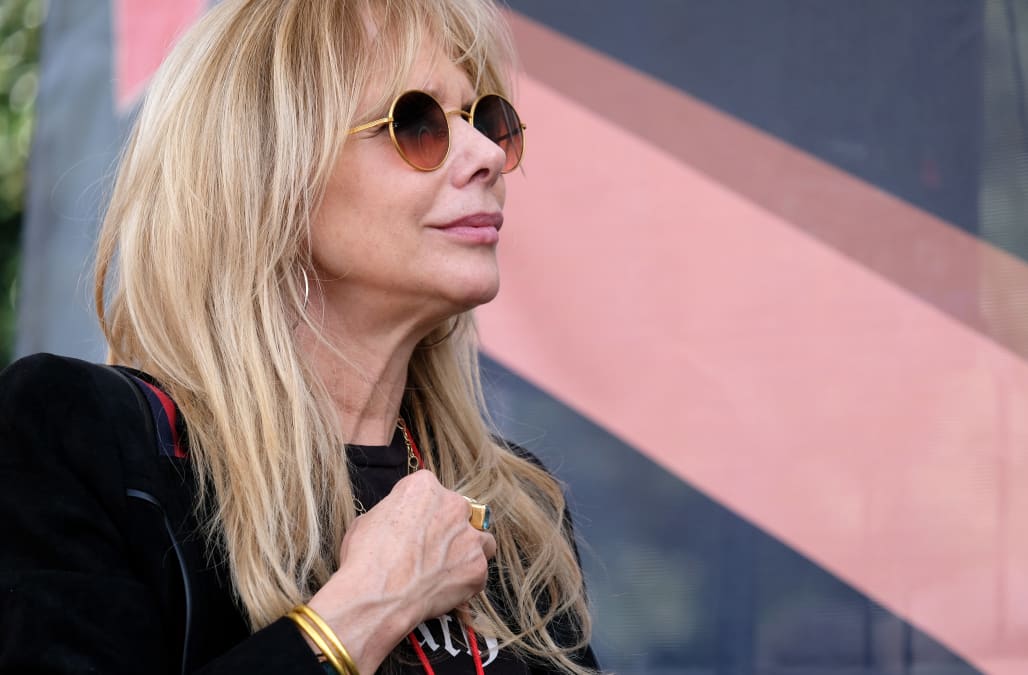 Actress Rosanna Arquette was one of the first women to detail her abuse by producer Harvey Weinstein, and has been following his trial in New York very closely. In an interview with the Guardian published on Sunday, Arquette once again spoke publicly about the Weinstein matter, saying she believes there are many more high-profile cases of abuse involving the film producer that have not yet come to light.

“More than 100 women have come forward, and there are a lot more,” Arquette told the Guardian. “I believe there are some Oscar winners who are not able to come forward — women who don’t feel safe or don’t feel comfortable to go through this. And it isn’t easy. There are still people in the industry who feel sorry for Harvey.”

Producer and writer Paul Feldsher is one such person. He testified on behalf of Weinstein earlier this month saying, “I felt badly that he was completely abandoned.”

Arquette first publicly shared her experience with Weinstein in a 2017 New Yorker piece written by Ronan Farrow. She said she rebuffed Weinstein’s advances in a hotel room in the late ‘90s, after which he wielded his clout to make her career suffer. “He made things very difficult for me for years,” she said in the article, adding that she kept silent for years because of his power and vindictive nature. “He’s going to be working very hard to track people down and silence people,” she said.

In addition to saying she believes more high-profile women were victims of Weinstein, Arquette also spoke in the Guardian interview about Weinstein’s lawyer, Donna Rotunno, who has sparked controversy with her recent comments about not putting herself in a “position” to be sexually assaulted.

The actress accused Rotunno of using “disgusting tactics to discredit and humiliate or try to humiliate the women and make it so that we are not believed, it’s awful.” Arquette added, “It exposes the difficulties women face when they come forward and tell the truth about their abusers.”

Whether Weinstein is found guilty or innocent in New York, Arquette said that the fight for justice will continue. “No matter what happens, this is not marking the end of our fight. We broke our silence, and we are never, ever going to be silent again.”

Arquette, along with numerous other Weinstein accusers, including Rose McGowan, held a press conference outside of the New York court house on the first day of Weinstein’s trial. “Time’s up on sexual harassment in all work places,” Arquette said that day. “Time’s up on blaming survivors. Time’s up on empty apologies without consequences. And time’s up on the pervasive culture of silence that has enabled abusers like Weinstein. These abusers that make it unsafe for women to go to work every morning, to take a business meeting, to report a crime without retaliation. We are here to ensure that the focus of this criminal case is on the perpetrator — the perpetrator’s actions and not his victims. And that justice is served. The truth will prevail. And whether it is this trial or in the future, Harvey will be held accountable for his actions.”

Weinstein also faces a trial in Los Angeles, where Arquette says she hopes to make an appearance.

“We’re looking forward to the criminal case we have in L.A. There will be different people testifying, different charges,” she said. “The trials of Harvey Weinstein are in no way, shape or form ending.”

More from Yahoo Celebrity:
Lori Loughlin’s attorney wants her trial date pushed back to 2021
Harvey Weinstein accuser has panic attack as her credibility is questioned: 'You're confused a lot'
'Mighty Ducks' star Shaun Weiss arrested for breaking into car while high