Harrison Ford speaks out on his politics: 'Progress is made in the middle' 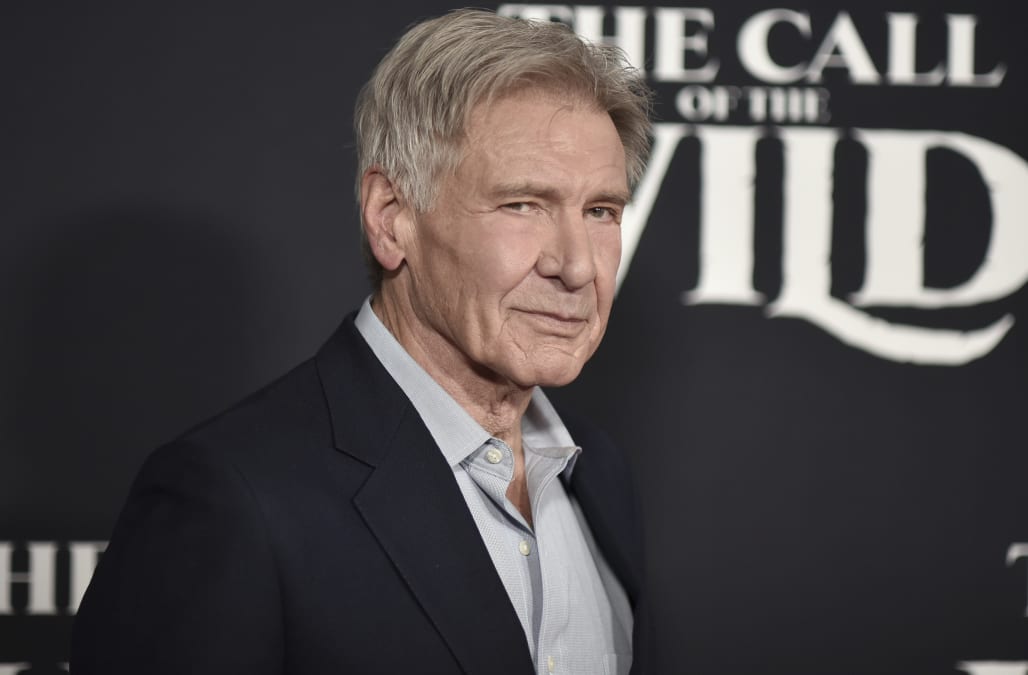 While Harrison Ford has yet to join the throngs of celebrities endorsing their top 2020 presidential picks — from Sharon Stone and Kevin Costner for former Mayor Pete Buttigieg to Cardi B’s backing of Sen. Bernie Sanders — the veteran actor hinted at his political persuasions in a new interview with CBS Sunday Morning.

A few days after calling President Donald Trump a “son of a b***h” during an appearance on Jimmy Kimmel Live!, the 77-year-old star called for a moderate approach.

"I think it's come to the point where we gotta start talking politics," Ford told CBS correspondent Lee Cowan, who noted that the Star Wars legend typically refrains from getting political. "But we gotta talk about it in a positive way. We gotta regain the middle ground. We're in these ideological enclaves. But the truth is in the middle. Progress is made in the middle."

When asked if he thinks “we can get back there somehow,” Ford responded, “we damn well better.”

While Ford — who himself played the president in the 1997 action thriller Air Force One — is not known for being as politically outspoken as some of his co-stars, he has spoken critically in the past of President Trump and former President George W. Bush. He also reportedly donated to former Vice President Al Gore’s 2000 presidential campaign, and visited the Obama White House in 2013.

Currently promoting his latest film, The Call of the Wild, Ford also addressed his environmental activism and passion for conservation. The actor has notably opposed President Trump’s plans to withdraw the United States from the Paris Climate Accord.

"We're in danger of losing the support of nature for our lives, for our economies, for our societies," he said. "Because nature doesn't need people, [but] people need nature.

"I'm now seeing that I think we're coming close to being able to really commit the resources and energy to confronting the issue, because it's taken up on the highest level of politics,” he added. “It's taken up on the streets by young people.”

Ford also spoke about his love of flying, telling Cowan, “I love being up in the air.” It’s a pursuit that drew criticism, however, last fall. Following Ford’s speech at the UN Climate Action Summit, critics accused him of hypocrisy by using “private jets.”

More from Yahoo Celebrity:
Wendy Williams apologizes to LGBTQ community for saying men 'should stop wearing our skirts and heels'
Ashley Judd slams ‘misogynistic hullabaloo’ over her appearance, says she's being treated for migraines
Jim Carrey hits back after he's criticized for telling a female reporter she's on his 'bucket list'