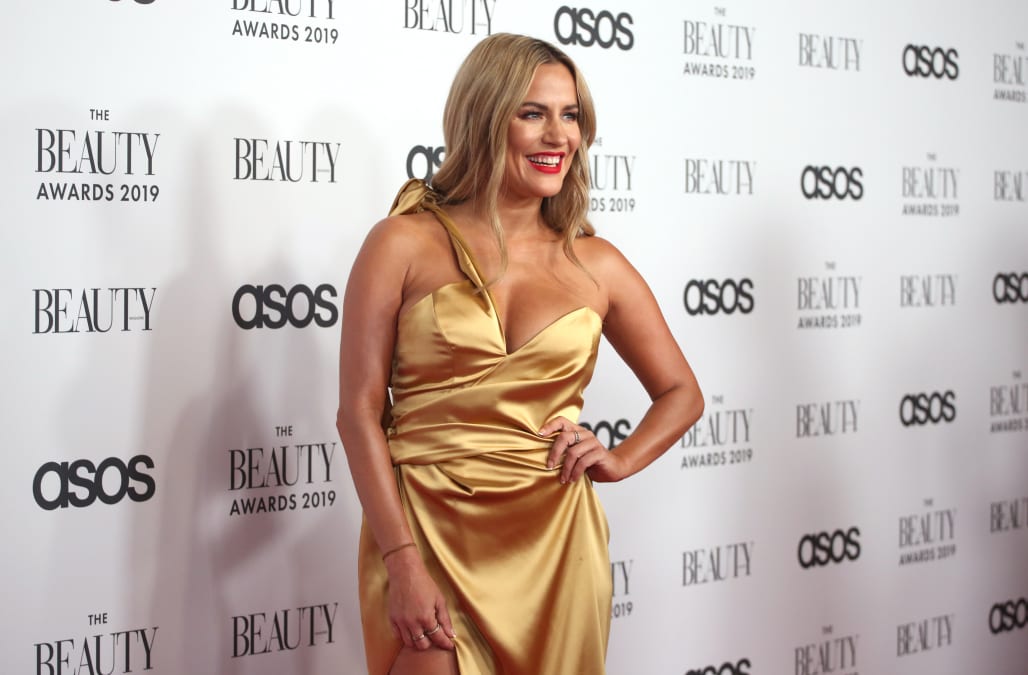 “We can confirm that our Caroline passed away today, the 15th of February,” the family said in a statement. A family lawyer said Flack had killed herself and was found in her London apartment.

Flack hosted “Love Island” from its launch in 2015, but stepped down last year after being charged with assaulting her boyfriend, Lewis Burton. She denied the charge and was scheduled to stand trial starting next month.

British commercial network ITV, which broadcasts the show, said in a statement that “everybody at ‘Love Island’ and ITV is shocked and saddened by this desperately sad news.”

"Caroline was a much-loved member of the ‘Love Island’ team, and our sincere thoughts and condolences are with her family and friends,” the network statement said.

The sixth season of the show is currently airing. A “Love Island” highlights episode titled “Unseen Bits” that was set to air Saturday evening on ITV2 was pulled from the schedule after Flack's death was announced.

The next new “Love Island” episode is scheduled for broadcast on Sunday. The network did not indicate if it will air it.

“Love Island” deposits young and attractive contestants in a tropical paradise, where they must pair up or risk being exiled. Critics claim the program puts vulnerable young people under intense scrutiny and pressure, increased by blanket tabloid newspaper coverage of the show.

RELATED: Take a look at the highest-paid TV hosts in 2018:

Their deaths renewed a debate about the ethics of reality TV that has raged in the U.K. since producers started making British equivalents of sensationalist American programs like "The Jerry Springer Show" two decades ago, putting ordinary people under a microscope on reality shows such as “Big Brother.”

Until her arrest, Flack enjoyed a meteoric career rise after co-hosting Saturday morning children's television shows. She fronted companion shows to the popular ITV programs “I'm A Celebrity...Get Me Out of Here!” and “The X-Factor.”

Flack's career blossomed further after she won the BBC show “Strictly Come Dancing” in 2014, the British version of “Dancing With The Stars.” While hosting “Love Island,” Flack made her West End stage debut in 2018, playing Roxie Hart in the musical “Chicago.”

Talk show most Piers Morgan tweeted that Flack “was a fun, bright & sparky person whose whole world collapsed recently, both professionally & personally. She told me it had been the worst time of her life, and was clearly struggling to cope with losing everything she held dear. This is such sad, awful news.”

Another well-known host, Eamonn Holmes, tweeted: "Caroline Flack .... Dear God. Shocked beyond belief. May she have found peace . #Rip Has to be repercussions for Love Island now surely?"