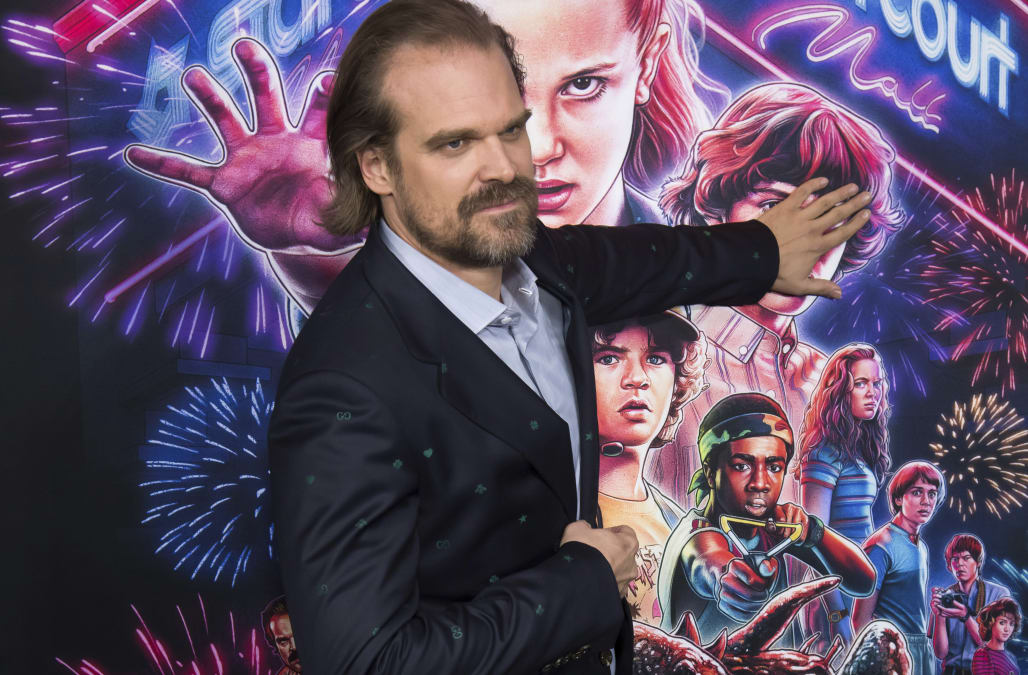 Netflix dropped a Valentine’s Day treat on Friday morning in the form of a “Stranger Things 4” teaser.

The teaser, aptly titled “From Russia With Love,” reveals that David Harbour’s Hopper is alive … and in Russia.

“We’re excited to officially confirm that production on ‘Stranger Things 4’ is now underway — and even more excited to announce the return of Hopper,” “Stranger Things” creators and showrunners Matt and Ross Duffer said. “Although it’s not all good news for our ‘American’; he is imprisoned far from home in the snowy wasteland of Kamchatka, where he will face dangers both human…and other. Meanwhile, back in the states, a new horror is beginning to surface, something long buried, something that connects everything….”

“Season 4 is shaping up to be the biggest and most frightening season yet, and we cannot wait for everyone to see more,” they added. “In the meantime — pray for the American.”