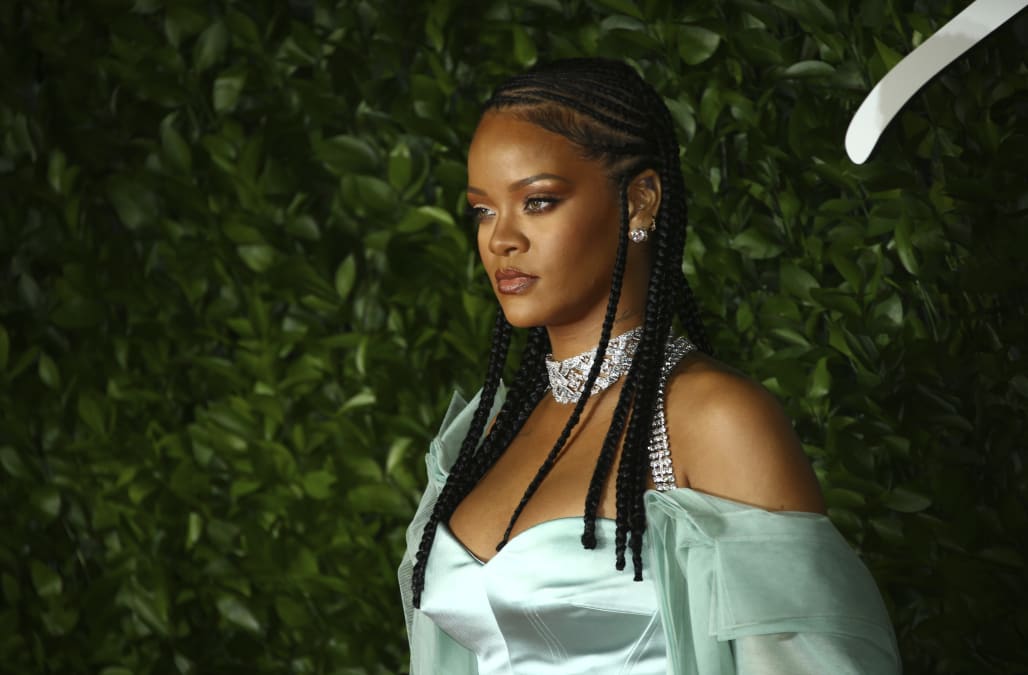 New Rihanna music is on the way!

The music, fashion and beauty icon took a break from trolling her fans with jokes about her long-awaited new album to assure everyone that new music is actually in the works.

The 31-year-old "Diamonds" songstress took to her Instagram story on Thursday where she shared a snapshot of a soundboard that looks like it was taken inside a recording studio.

“Gang. back in the STU,” she captioned the photo.

The pic also suggested that she might be collaborating on her new music with The Neptunes -- Pharrell Williams and Chad Hugo's hip/hop-funk production team.

However, she did confirm to The Cut that she's definitely working on Williams on a song, and that she's going to be spending Valentine's Day in the studio with the "Happy" singer.

"I’m going to be in the studio. I’m so excited actually. I can’t say who I’m working with, but it’s somebody I’ve been wanting to work with for a long time," Rihanna said, before adding, "Okay, I’ll tell you. [It’s] Pharrell."

As her devoted followers have been waiting anxiously for her long-awaited, upcoming ninth album, the singer and fashion mogul has had fun openly taunting them with trolling Instagram posts.

Back in December, she shared a video of an adorable puppy excitedly hopping around inside a cardboard box, set to the iconic House of Pain jam "Jump Around."

"Update: me listening to R9 by myself and refusing to release it," Rihanna captioned the hilarious video

update: me listening to R9 by myself and refusing to release it

ET spoke with the singer and fashion mogul in New York earlier this week, and she flat-out admitted to having fun messing with her fans.

"I like to antagonize my fans a little bit," she said with a laugh. "Well, they antagonize me, too! So, they get it right back."

More from ET Online:
Jane Fonda Says She's Done With Plastic Surgery
Wendy Williams Apologizes for Comments Made About Gay Men
Lady Gaga Gets a Valentine's Day Proposal -- But It's Not What You Think