'Kinky' puzzle on 'Wheel of Fortune' lights up Twitter: 'This is supposed to be a family show!' 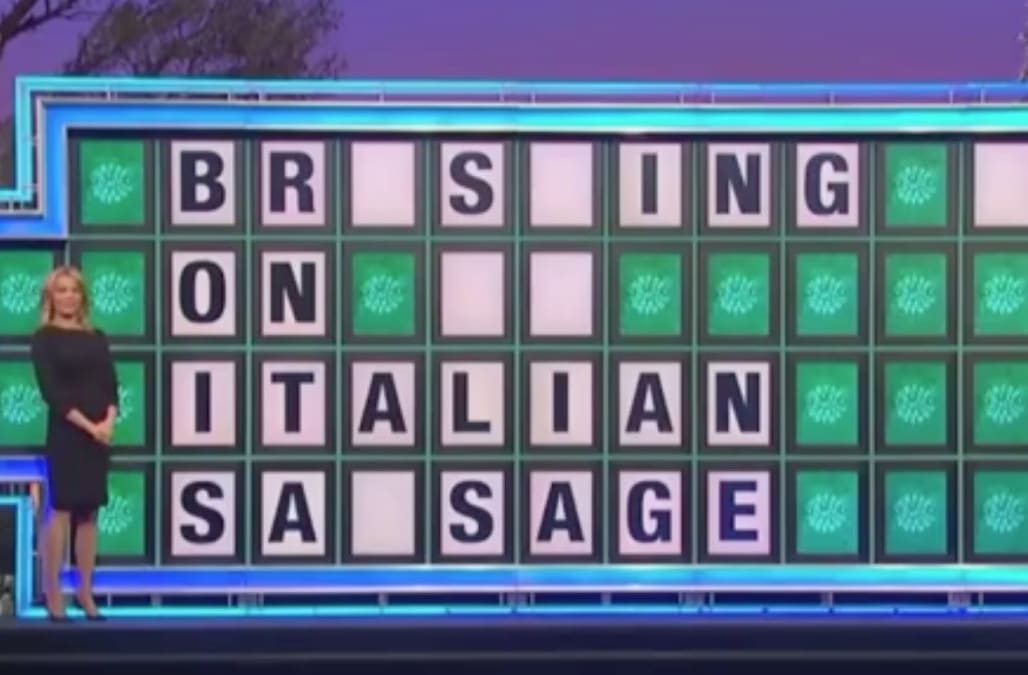 Thursday evening's Wheel of Fortune left some viewers covering their kids' eyes and ears. Well, probably not. But Twitter did have a field day with a humorous puzzle phrase.

During regular play, constant Adam Goodell solved the puzzle, "Brushing up on my Italian sausage.” He ended up winning $2,450 for solving the puzzle, which helped him advance to the bonus round. But the biggest winner of the night, at least according to Twitter, was the puzzle itself.

“Brushing up on my Italian sausage” may be one of the most lurid-sounding #WheelOfFortune puzzles ever.

Come on #WheelOfFortune this is supposed to be a family show! pic.twitter.com/QYHUVp729c

I brush up on my Italian sausage every night, twice on Saturday. #wheeloffortune

Even host Pat Sajak gave a chuckle and knowing smirk after the answer was revealed. He got a couple of laughs when he played up the sexual innuendo by feigning an urgent explanation, "Uh...it's a grilling expression."

Wheel of Fortune airs weekdays, visit the show site for local listings of time and channel.