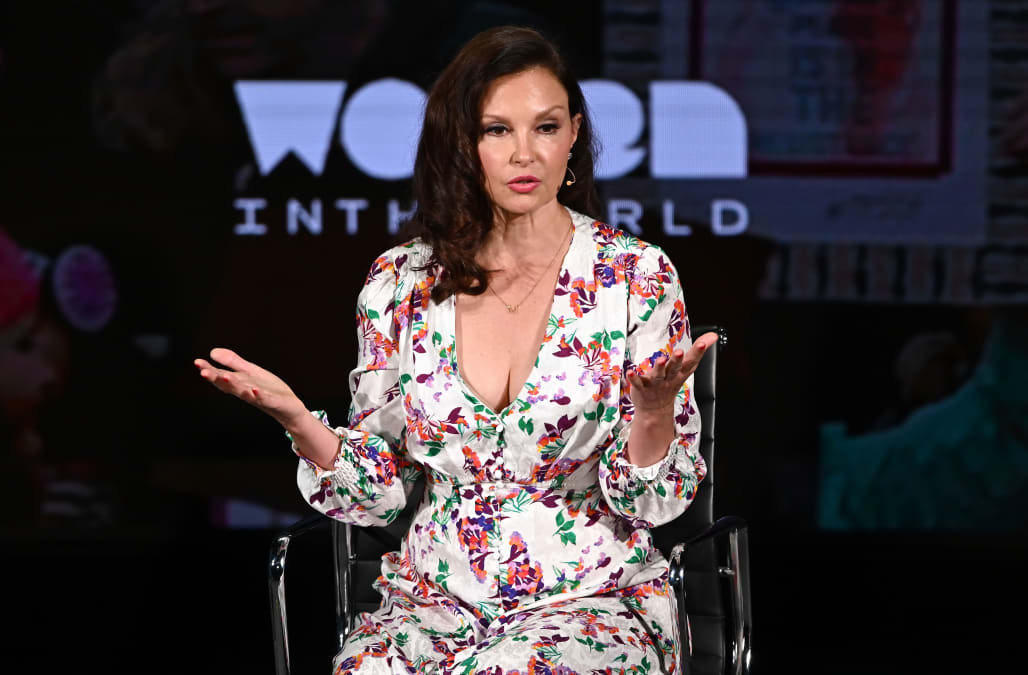 Ashley Judd is addressing the “misogynistic hullabaloo” over her looks, calling it “women bashing.”

The A Time to Kill actress and activist, 51, helped Elizabeth Warren on the campaign trail this week and found herself trending on Twitter, but not for her politics. Instead, people were posting nasty comments about her physical appearance.

After an old essay Judd wrote about the criticism she’s long endured over her appearance was resurfaced — including how a steroid medication she takes makes her face “puffy” — the situation was ultimately turned into a positive thing. But Judd had been silent about it — until now.

In an Instagram post, Judd shared “some reflections concerning the misogynistic hullabaloo that has recently swirled around me.”

Some of my reflections concerning the misogynistic hullabaloo that has recently swirled around me.

She started by writing, “Healthy self-esteem. Good boundaries. Unshakable knowledge of self,” calling those three things “essential when I wake up & learn from caring friends that my appearance has been trending on Twitter.”

Judd said the “misogynistic savages of both sexes have come out,” but also that “plenty of folks who empathize and see it for what it is (women bashing).” She went on to call it a “gendered way to distract from my political speech: the hate happened in response to a video in support of the presidential candidate of my choice.”

My friend @AshleyJudd made a few calls to people who chipped in a few dollars to our campaign. I’m proud that our campaign is grassroots—built by people, not Super PACs or billionaires.

Chip in $3 tonight, and Ashley could call you to say thanks! https://t.co/qOzNnVvmg4pic.twitter.com/2SJOEAGKCp

She went on to say that she has been sick with intense migraines, which she calls “siege migraines,” for “over a year.” One of the “standard treatments” for her migraines is botox and her insurance pays for “31 injections every 12 weeks,” something she said she was advised against sharing publicly because it can be “used against me,” so she added, “Shame on anyone who distorts my words.”

Talking more about the migraines, which she was first diagnosed with in 2016, she said her neurologist pain specialist banned her from “anything but mild walking exercise.” So when her last migraine hit — and “lasted a grueling four and a half months” — she took medication for it and also couldn’t work out heavily, leading to “some un-fun weight gain.”

Judd, who was hospitalized earlier this year her migraines, has since been given the green light to exercise again and said it’s been “joyful” to resume running, hiking and yoga. (She often goes backcountry camping for days in the Smokey Mountains.) She signed up for a half-marathon in June.

Judd went on to say that she knows “misogynists on Twitter have been slaughtering me compared to my pre-weight gain idealized self. My conventionally thin, athletic ‘pretty’ AcroYoga body and more slender face is a merely the flip side of the same patriarchal coin.”

She said that the good news in all of this is that, “I don’t take compliments any more seriously than I do slurs” and that her “self-worth and value are neither based on being built up nor on being torn down.” Further, she added that “as a cis white woman, the hate I get is pretty generic compared to women of color, to my friends in the LGBTQIA+ communities and those of diverse lived experiences.”

Judd, ended by sharing her “earnest wish” and it’s that “when women speak up and we still get beaten up,” the Weinstein silence breaker continued, “Speak up anyway. The slings and arrows will come, but your voice and the body from which it comes is beautiful, courages, powerful and necessary.”

And while “conversations about our female bodies will continue to roar,” what she “knows for sure” is that “my peace is on the inside, in spite of the patriarchy and all those who participate in it, male and female.”

As for those who find what’s she’s saying “obvious and redundant,” Judd added, “I feel you.”

After Judd started to trend on Wednesday amid some pretty vicious comments, hundreds of people shared photos of themselves on and off the steroid Prednisone, along with inspiring stories.

Meanwhile, actor Dean Cain denied he was among those taking a swipe at Judd. He had commented on the initial video showing Judd, "I certainly have nothing positive to say, so I’ll be quiet.” However, he said Thursday that it was because of politics, not her appearance.

"I made zero comment about Ashley at all," said the former Lois & Clark star, who is politically Conservative. "I’m commenting on the inauthentic campaign by Elizabeth Warren, calling this grassroots. Nothing screams authenticity and grassroots like having a millionaire actress make your donor phone calls.”

Cain added,"It says more about them then it does about me because I didn’t mention her looks at all."