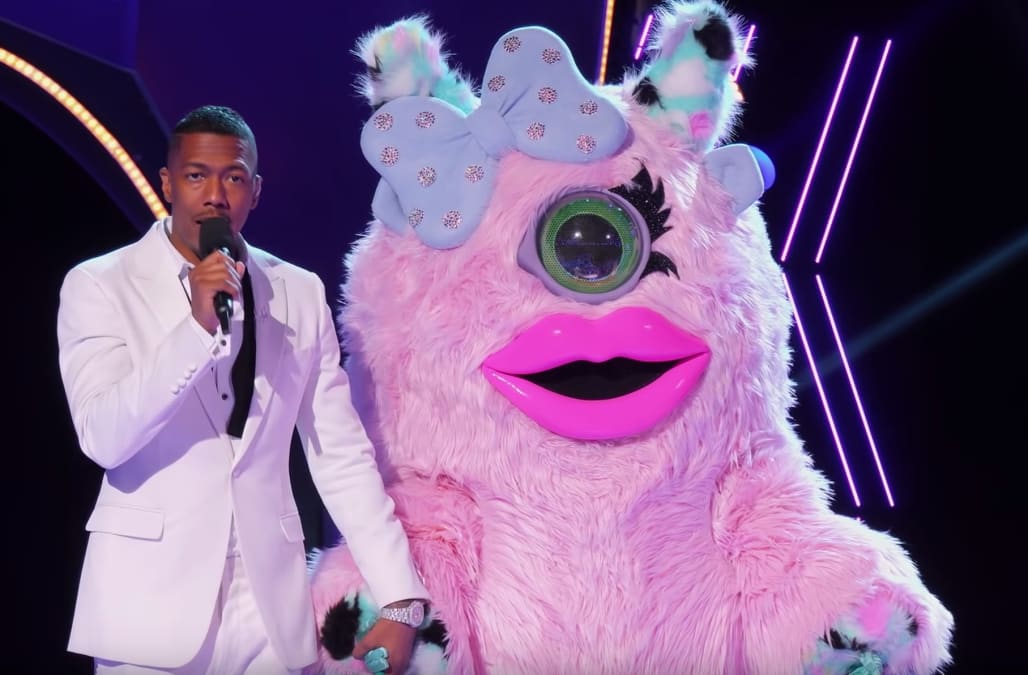 The Masked Singer may be the most exciting singing competition in years, but it’s not a typical singing competition. It exists in some parallel universe where every day is Opposite Day, where someone who sounds like — or actually is — Gladys Knight or Patti LaBelle can go home in third or even eighth place.

And that is why, on this Wednesday’s episode, another R&B legend didn’t even advance to this super-sized third season’s semifinals.

Miss Monster, a.k.a. Rock & Roll Hall of Fame nominee and 10-time Grammy winner Chaka Khan — yes, that Chaka Chaka Chaka Chaka Khan — went home instead of the Kangaroo (who is mostly likely Kardashian/Jenner associate Jordyn Woods), the Turtle (who is mostly likely ex-teenybopper Jesse McCartney), and, most egregiously, the White Tiger, who is most likely tone-deaf footballer Rob Gronkowski. The result made Khan an instant trending Twitter topic, sparking both outrage among Masked Singer viewers and alarm among non-viewers about the singer’s well-being.

I really don't need Chaka Khan to trend today and I'm not even going to look. pic.twitter.com/iiKUCYgiAw

I feel for her, I really do.

In all fairness, Khan didn’t have her best week. She didn’t quite own her cover of Leslie Gore’s “You Don’t Own Me,” sounding sultry and confident in the lower-registered verses but strained and shrill during the choruses. Judge Robin Thicke pointed out that she “didn’t hit some of her signature notes.” Thicke actually suspected that Khan may have been deliberately trying to disguise what another judge, Nicole Scherzinger, called her “iconic” and “legendary” voice. (Side note, if her voice was so damn iconic, why did the judges guess Mary Wilson, Queen Latifah, Dionne Warwick, and Gloria Gaynor before they even entertained the possibility that this one-eyed diva might be Chaka?)

Oh well. At least Khan got to sing twice this week, since Wednesday’s episode opened with an epic group performance of KISS’s “Rock and Roll All Nite” in costumes weirder than anything Paul, Gene, Peter, and Ace ever rocked during their masked era. This bonkers number may have served as a preview of the just-announced Masked Singer concert tour — though it’s unlikely that Khan will take part, or that any of the series’ celebrities will actually don their old furry suits and hit the road. (Who am I kidding? I’m totally buying tickets anyway.)

Next Wednesday, the Group B cosplayers will make their debut and we’ll get to see six more dazzling contestants: the Banana, Elephant, Kitty, Mouse, Frog, and Taco. (I said it before and I’ll say it again: I am putting in my special request for the Taco to do “Puttin’ on the Ritz.” Look it up.) But let’s take one more look at the three singers from Group A that, deservedly or not, made this week’s cut.

The Turtle, “There’s Nothing Holding Me Back”

The Turtle is steady but definitely not slow on his feet. He busted out some boy-band choreography during this high-energy Shawn Mendes cover, with nothing holding him back. “There’s just no doubt the Turtle is going to make it,” declared judge Jenny McCarthy.

The clues: In previous weeks, the Turtle has made references to surfboards, cooking, and following his “dream.” This week, we saw a baseball bat and a map of Seoul, Korea; his teacher sent him a message saying, “I hope you have the time of your life”; and the Turtle scandalously confessed that he once “spent a morning” with Nicole.

My guess: The “time of your life” line and punk persona hinted at Green Day frontman Billie Joe Armstrong, but I am sticking with my guess of ex-Dream Street member, chef, former aspiring baseball player, Teen Choice surfboard-trophy winner, and “Beautiful Soul”/“Best Day of My Life” singer Jesse McCartney, who was once on The Today Show with the Pussycat Dolls.

The musical marsupial once again came out fighting, with a total-knockout, in-the-pocket performance. She’s a champ!

The clues: Past Kanga-clues have included a basketball, makeup, and a mention of a “little ‘roo.” This week, there was a model airplane, plus her younger brother, also disguised, spoke about how proud he was of his sister for the way she has risen above her haters. He also referred to a tragic loss in their family. But the most important clue was when the Kangaroo told guest judge Leah Remini, “I’ve sat at the same table as you.”

My guess: The judges guessed the wrong Jordin. While I thought this was Iggy Azalea at first, I now believe what the internet has been telling me all along: This is Jordyn Woods. I really didn’t think Woods could sing like this, but the clues add up. She’s a model; her dad died in 2017; she was on Jada Pinkett Smith’s chat show Red Table Talk (on which Remini has also been a guest); and she’s been struggling in the public eye ever since she was rumored to be romantically linked to Khloe Kardashian’s now-ex-boyfriend, basketball player Tristan Thompson. The “little ‘roo” is probably Woods’s doted-upon little sister, Jodie.

The White Tiger, “We Will Rock You”

This was a fun performance, of a football-terrace classic, but it was an absolutely dreadful vocal. A big disgrace, indeed. “What I love about you is you just go for any note. It doesn’t even matter. We’re with you,” laughed Scherzinger. No, Nicole — it does matter! This drunk-karaoke attempt won out over Chaka frickin’ Khan?

The clues: In past weeks, we’ve gotten references to clam-shucking, Abraham Lincoln’s Gettysburg Address, “block parties,” dancing, and Switzerland. This week, we got stories about the Tiger’s party-hardy college days from his old roommate, and the Tiger alluded to a bond he might have with Jenny’s Bostonian husband, Donnie Wahlberg.

My guess: This is definitely dance enthusiast, New Englander, Gronk Fitness Swiss Bar shiller, and tight end blocking legend Gronkowski, whose NFL number is 87 (“four score and seven”). I may not be sure how this supposed “fan favorite” survived this week’s round, but I am sure it is Gronk.