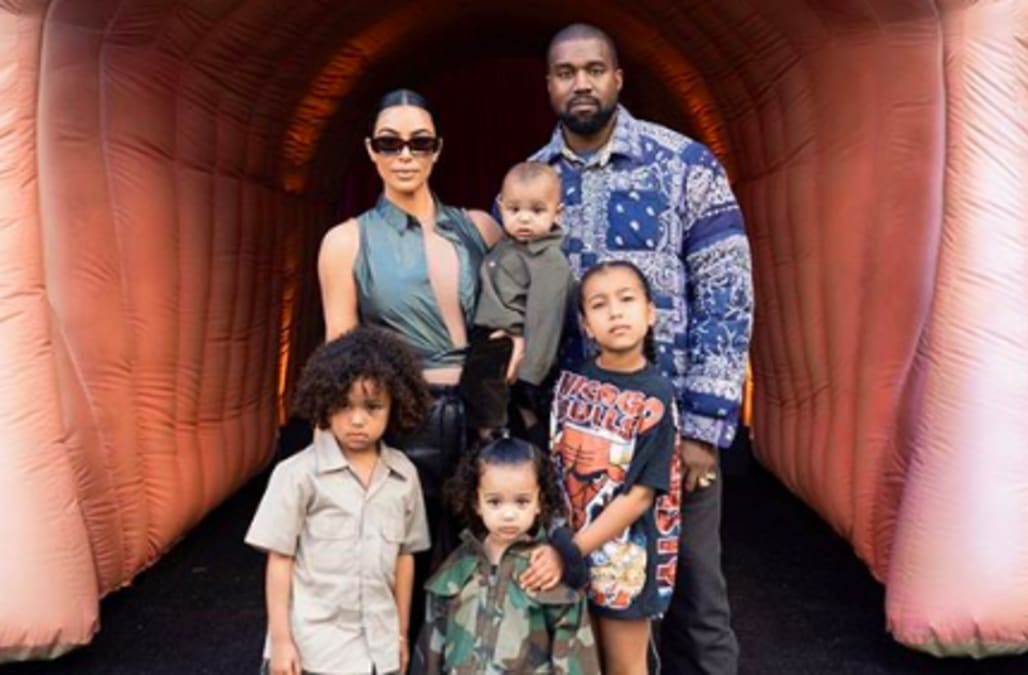 Kim Kardashian West and Kanye West's children do have a place to play in their all-white home! The KKW Beauty founder took to her Instagram Story on Wednesday to continue showing off her California mansion.

After the couple did a photo shoot for Architectural Digestand Kim took fans into her massive kitchens and packed fridges, she decided to show everyone where her and Kanye's four children play.

"I'm cleaning up for the night and just because you guys always say my house is so minimal, you guys haven't seen my playroom," Kim shares in one clip. "We have our stage here where the kids often have a band and over here is our projector so they watch movies while they sit in the playroom."

She then shows off her children's sing-along microphones, instruments, and violins, sharing that North plays the violin.

She adds that her eldest child is "obsessed" with OMG dolls, sharing the collection she's built. Chicago might have the best stash of toys as Kim shows off her baby carriages, ice cream parlor, washer and dryer, kitchen, shopping cart with bins and bins of food, and a supermarket where she can actually ring people up for their food that comes on a conveyor belt.

Saint also has lots of action toys, drawers of tracks for trains, and color-coordinated Legos.

In addition to all the toys, the kids have a homework table and organized educational items to help with their studies. And when it's time for dress up, there's an entire costume closet complete with bins of crowns and tiaras and other accessories.

"So there you have it, people, there's color!" Kim tells her followers.

Last December, Kim also opened up about having four kids in her all-white home during an appearance on The Ellen DeGeneres Show.

"Their rooms are really festive and wild and everyone has a theme, and so I let them go crazy in their room and the playroom," Kim said of her kids' keeping a white house clean. "So they respect it. They respect the space everywhere else."

More from ET Online:
Amber Rose gets giant forehead tattoos in honor of her sons: Pics
Stormi tells Kylie Jenner to be quiet while watching ‘Frozen 2’
Gayle King gets support from celebs and journalists with '#IStandWithGayle' hashtag