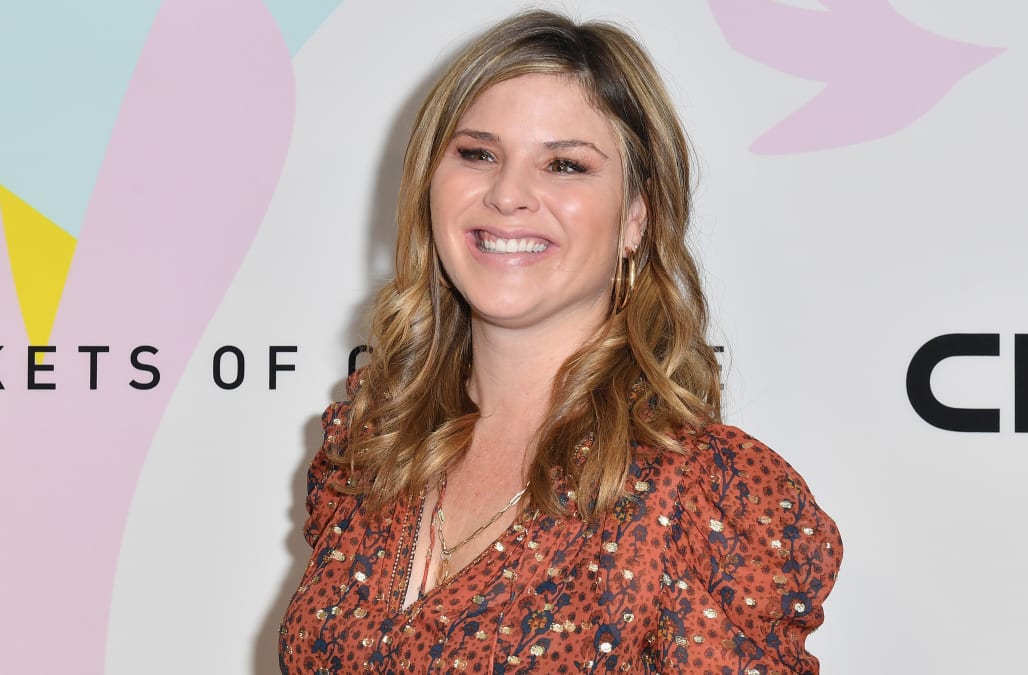 Jenna Bush Hager is speaking out after Ellen DeGeneres was criticized for spending time with her father, former President George W. Bush. The 38-year-old Today show co-host appeared on Wednesday's episode of Watch What Happens Live With Andy Cohen, alongside her colleague, Hoda Kotb, and responded to a fan's question about the backlash Ellen received for sitting next to and laughing with Jenna's father at a Dallas Cowboys game.

"I had just had a baby, so to be totally honest I didn't pay that much attention to it," Jenna said, referring to the birth of her youngest child, 6-month-old Hal. The TV personality and her husband, Henry Hager, also have two daughters, Margaret, 6, and Poppy, 4.

"But I do think that people can have different beliefs and still be friends," she continued. "And I also think decency and humanity should be at the basis of all conversations."

In October, after fans criticized Ellen for her choice of company, the talk show host spoke out on her show, saying that she's "friends with a lot of people who don't share the same beliefs that I have."

"We're all different, and I think that we've forgotten that that's OK that we're all different," she said. "Just because I don't agree with someone on everything doesn't mean that I'm not going to be friends with them. When I say, 'be kind to one another,' I don't mean only the people who think the same way that you do. I mean be kind to everyone. Doesn't matter."

Shortly after Ellen's statement, celebrities reacted, with Mark Ruffalo tweeting that "we can't begin to talk about kindness" until the former president is "brought to justice for the crimes of the Iraq War," while Reese Witherspoon and Kristen Bell opted to side with the daytime talk show host.

A couple of months later, Jenna interviewed Michelle Obama, and the former first lady expressed her support of Ellen and George's friendship.

"I had the opportunity to sit by your father at funerals, the highs and the lows and we shared stories about our kids and about our parents. Our values are the same," she said. "We disagreed on policy, but we don’t disagree on humanity. We don’t disagree about love and compassion. I think that’s true for all of us, it’s just that we get lost in our fear of what’s different."

More from ET Online:
Kim Kardashian shows off her kids' playroom that features a concert stage and supermarket
Amber Rose gets giant forehead tattoos in honor of her sons: Pics
Stormi tells Kylie Jenner to be quiet while watching ‘Frozen 2’