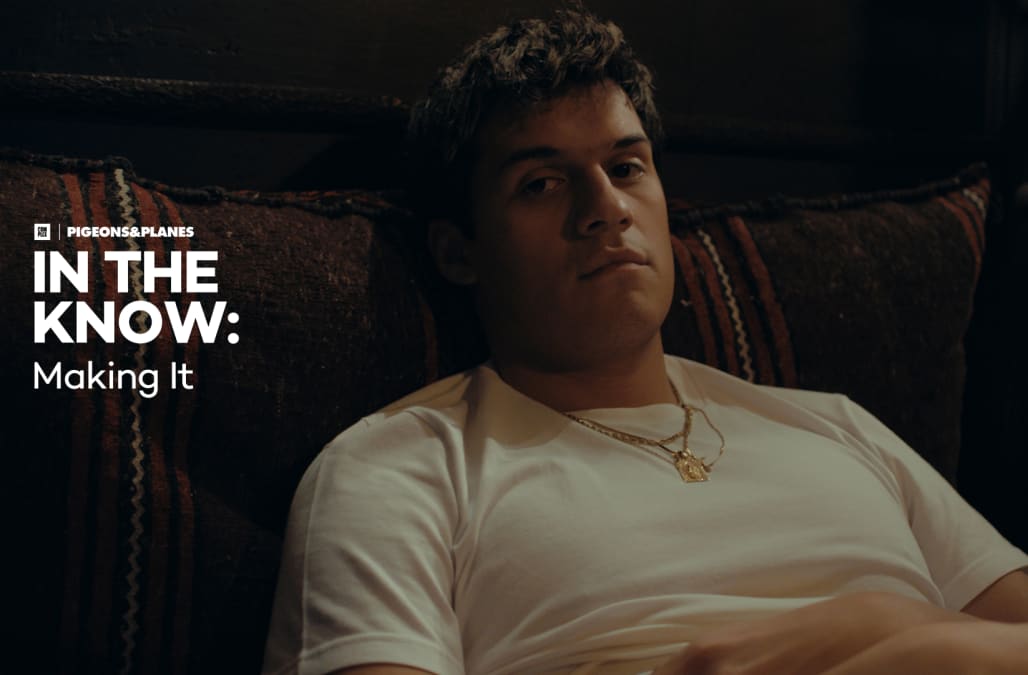 R&B singer Omar Apollo (real name: Omar Velasco) and his family have come a long way from their humble beginnings in Indiana.

In the late 1970s, the 21-year-old artist’s father left Mexico for the U.S., in a desperate attempt to escape gang violence in Guadalajara, according to Pitchfork. Twenty years later, his mother joined her husband, and the two settled in South Haven, Ind., where they opened a restaurant and raised Velasco and his two siblings.

Growing up, Velasco reportedly listened to a range of musical artists — from the Beatles to mariachi legend Vicente Ferrante — but his most formative experience perhaps occurred while working at a McDonald’s, he said on “Making It,” a co-production between In The Know and Complex’s Pigeon & Planes.

“I was working at a McDonald’s, opening up boxes in the back and I was listening to 'Ego Death' [by] the Internet,” he recalled. “After I heard that, I kind of just went to the pawn shop and bought a $40 guitar. Used my brother’s laptop, used my friend’s interface and started making beats and stuff.”

The more he dabbled in music, the more Velasco was convinced that it was a career he wanted to forego college to pursue — a decision that his parents were not initially pleased with. Despite giving into their demands to apply for college and later attending Indiana University Northwest, the artist dropped out of school after two weeks. The decision to do so put added pressure on him to succeed as an artist — especially as one of the few people of color in South Haven. Velasco remained undaunted by the challenge.

“I think the positives of growing up in a smaller city is just … no one’s there to intimidate you,” he said. “There was not really a scene, so I wasn’t competing with nobody. It was just easy … you could just do whatever you want.”

The up-and-coming artist left his parent’s home and moved into a friend’s, where he renovated the latter home’s attic and turned it into a living space and a makeshift studio. He also increasingly spent time with his band, many of whose members he grew up with.

“I’ve known my bassist since I was 12 and my drummer since I was 15 and then my guitarist since I was 17,” he said. “I don’t know, we just had this chemistry. You just can’t hire that, you know? I mean that’s my dawgs.”

In 2017, Velasco released his breakthrough track “Ugotme” on Spotify, where it has since received over 28 million listens. He also subsequently released two EPs: “Stereo” (2018) and “Friends” (2019). The success of the 21-year-old’s music across digital platforms has translated equally as well in a real-live audience, he said.

“The first time I was taken back by like stepping out on the stage was in Chicago,” Velasco said. “That’s like my first sold-out show. It’s like 100 kids, like super excited, singing every lyric. And I would just remember being like, ‘Dang, this is nuts.'”

Still, despite the growing hype, Velasco, who has been able to support his family, says he remains humble.

“I’m very present right now,” he said. “Dealing with the kind of life changes and stuff, I just talk to my friends all the time. You just feel grounded … you feel good.”

In The Know recently teamed up with Pigeons & Planes to highlight up-and-coming hip-hop stars. "Making It" tells the stories of their journeys and documents how self-made stars rise to prominence in the digital era.