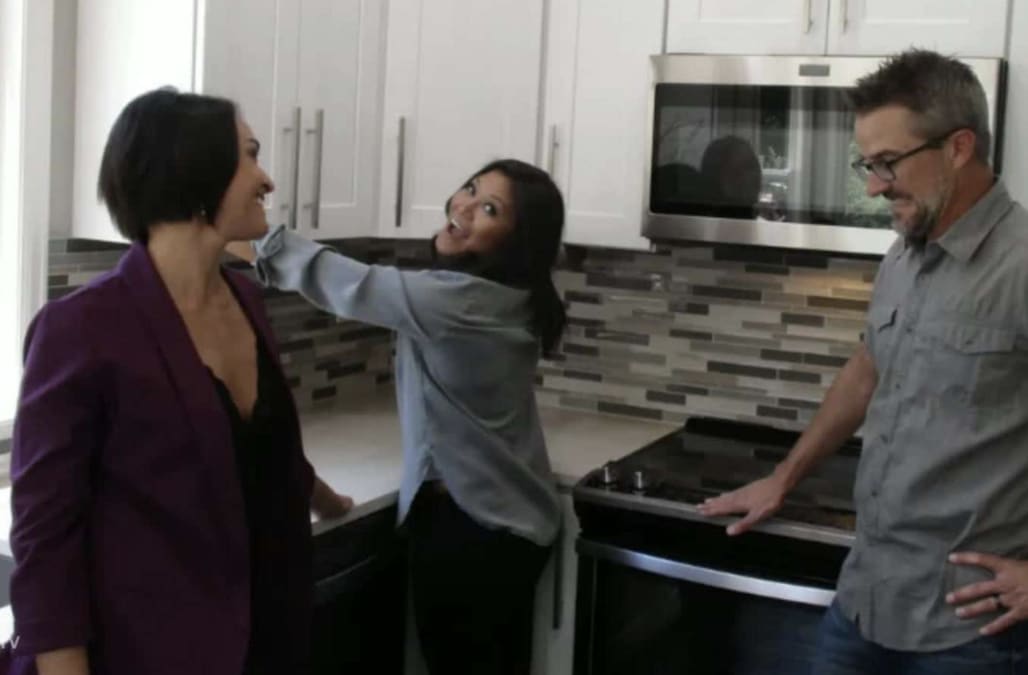 The latest episode of HGTV’s House Hunters featured a throuple — two women and one man in a polyamorous relationship — for the first time ever.

Titled “Three's Not a Crowd in Colorado Springs,” the show followed the trio as they hunted for their first official home together, on the heels of a recent commitment ceremony. Lori, a lifestyle coach, and Brian, who’s in sports marketing, explained that they married in 2002 and had two children. However, Lori was open about being bisexual and, after many years of life as a traditional nuclear family, they met Angelica “Geli,” a legal videographer, and decided to all enter a relationship together.

The throuple lived together for four years in Texas, along with Brian and Lori’s kids, but they were relocating to Colorado for the next phase of their life. He spoke about their commitment ceremony, noting that while it’s not legally binding, they did it to all honor each other as equals.

They hunted for a new home with all three of them in mind — like a master bath with three sinks and a three-car garage — which the episode description noted was “difficult” due to their “three very different personalities.”

And they were aware that the concept of a throuple is new to some, admitting their relationship is unconventional, and candidly wondering how their new neighbors would react. They also light-heartedly offered their own quips, such as Lori saying, “I don’t want our bedroom to be a weird room — unless we make it weird.”

Viewers took to social media to react to the episode. While there were certainly complaints to HGTV’s Twitter handle, others called it “progressive” as well as “educational,” which it was from the onset, offering viewers a definition of “throuple.”

House hunters has a throuple looking for a house in Denver. Yes!!!!

There’s a throuple on HGTV on House Hunters. What a time!!!

this throuple on house hunters... good for them 🙂

Oh my god. A throuple on House Hunters.

And, again, not everyone was happy. HGTV is getting complaints from “disappointed” and “disgusted” viewers.

I’m watching HGTV “House Hunters” and there is a “”Throuple” looking for a home. I’m disappointed in #HGTV for promoting this as normal pic.twitter.com/zy0xgFv9NV

Eventually — no big spoiler — the threesom found their dream home. It was a sweet moment, with Brian and Lori deciding that, because they had already once bought a home together as a couple, and in keeping with their pledge to be equals, Geli would be the one to have the final say. Their new home boasted great mountain views, and the episode ended with them at the home joined by Lori and Brian’s children. And while their master bath didn’t have three sinks, they made plans to update it so that it does.

While throuples may be new to some, they’ve been in the news more and more. Actress Bella Thorne has openly been in polyamorous relationships, sharing details with her social media following. And TV shows such as Showtime’s The L Word and ABCs Single Parents also have featured storylines around throuples.

According to Salon, a recent study found that four to five percent of U.S. people are living in polyamorous relationships. Further, the study showed — not big surprise — that the younger people are, the more open and accepting they are of non-monogamous romances.