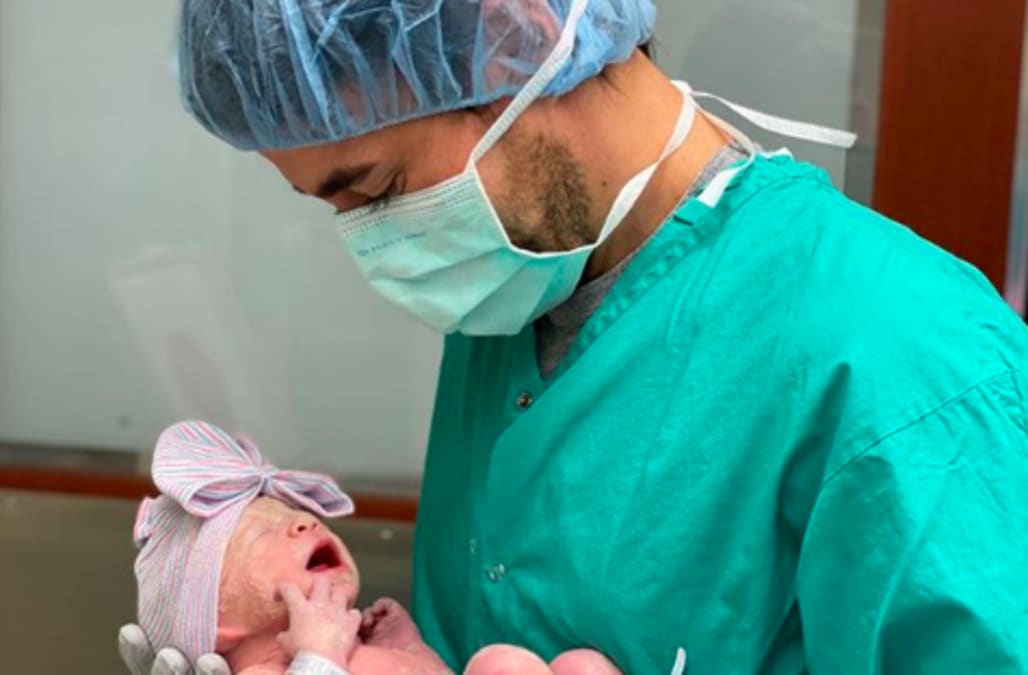 Enrique Iglesias and Anna Kournikova are proud parents of three!

The "Hero" singer took to Instagram on Thursday to share the first photo of his and Kournikova's third child together. The couple -- already parents to 2-year-old twins Lucy and Nicholas -- appear to have welcomed another girl.

Iglesias holds his newborn in the sweet pic, lovingly looking down at his bundle of joy just moments after her birth. The baby wears a cute bow on her head, while Iglesias is outfitted in hospital gear.

"My Sunshine 01.30.2020," the singer captioned the snap. Fans quickly took to the comments to share their love and congratulations.

Kournikova also shared a photo, featuring herself with their daughter resting on her chest. She used the same caption.

The couple's posts come soon after Iglesias' brother, Julio Iglesias Jr., revealed during a radio interview in Chile that he was an uncle again. "Yes, my brother now has three children and he's super happy," he said. ET has reached out to Iglesias and Kournikova's reps for comment.