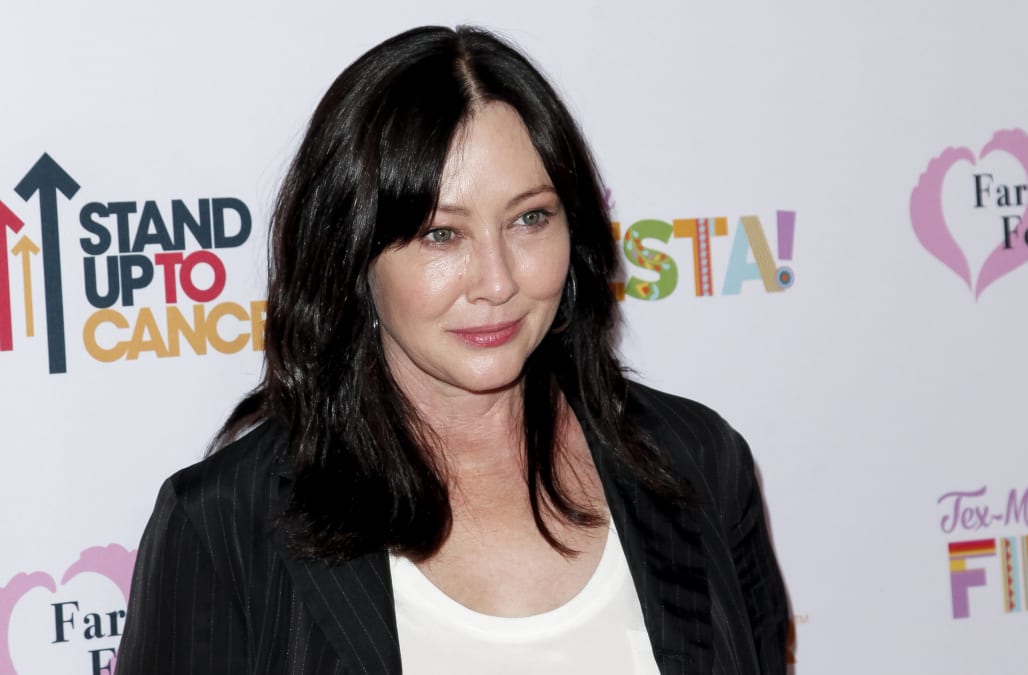 Shannen Doherty is “struggling” with her stage IV cancer diagnosis.

One week after announcing her cancer had returned and is now more advanced, the BH90210 actress, 48, thanked her fans via social media for their “love, prayers and support.”

I want to thank all of you for your love, prayers and support. It’s an odd time right now and I find my feet not completely underneath me. To say I have stress is an understatement. To say that I’m struggling is mild. But... I believe that I will find my footing. I’ll dig deep for the inner strength I need to face it all. I pray I do it all with dignity and grace. I have so much to say. So much to share. I will. For now... please know how much you all help lift me.

Doherty said it’s an “odd time” for her and her feet don’t feel “completely underneath” her. “To say I have stress is an understatement,” she wrote. “To say that I’m struggling is mild.”

“I believe that I will find my footing. I’ll dig deep for the inner strength I need to face it all.” And she prays she does that “with dignity and grace.”

Doherty said she had much more to say and share on the topic, but for now she just wants her fans to know that they’ve helped lift her during this difficult time.

Doherty was first diagnosed with breast cancer in March 2015 and had a single mastectomy. The cancer had spread to the lymph nodes, so she underwent chemotherapy and radiation. She also had intense reconstructive surgery. In 2017, she announced she was in remission.

The cancer returned last summer — four months after her Beverly Hills, 90210 co-star Luke Perry died suddenly. While she had previously been open about her cancer journey, she decided to keep the news to herself and her inner circle. She said she appeared in the Fox reboot, BH90210, last year to honor Perry as well as prove that she was still able to work despite her cancer battle.

In interviews, Doherty gave no indication that her cancer returned, including one with Yahoo in December.

Then last week, Doherty appeared on Good Morning America to go public with her stage IV diagnosis, which she called “a bitter pill to swallow,” amid a legal battle with her insurance company State Farm. She sued the company after her California home was damaged in the Woolsey Fire in 2018. She said her health condition would come out in legal documents associated with the case, which is expected to go to trial.

In documents filed by State Farm in the case, the company claims the actress is trying to “garner sympathy” in an effort to get State Farm to “rebuild her entire house.”

More from Yahoo Celebrity:
Noah Centineo talks about 'dark time' in his life before getting sober: 'I smoked a lot of things'
Selena Gomez explains why she spoke out on immigration: 'My goal was to simply humanize my people'
Hillary Clinton says it was 'emotionally draining' revisiting Bill's affair with Monica Lewinsky for new docuseries