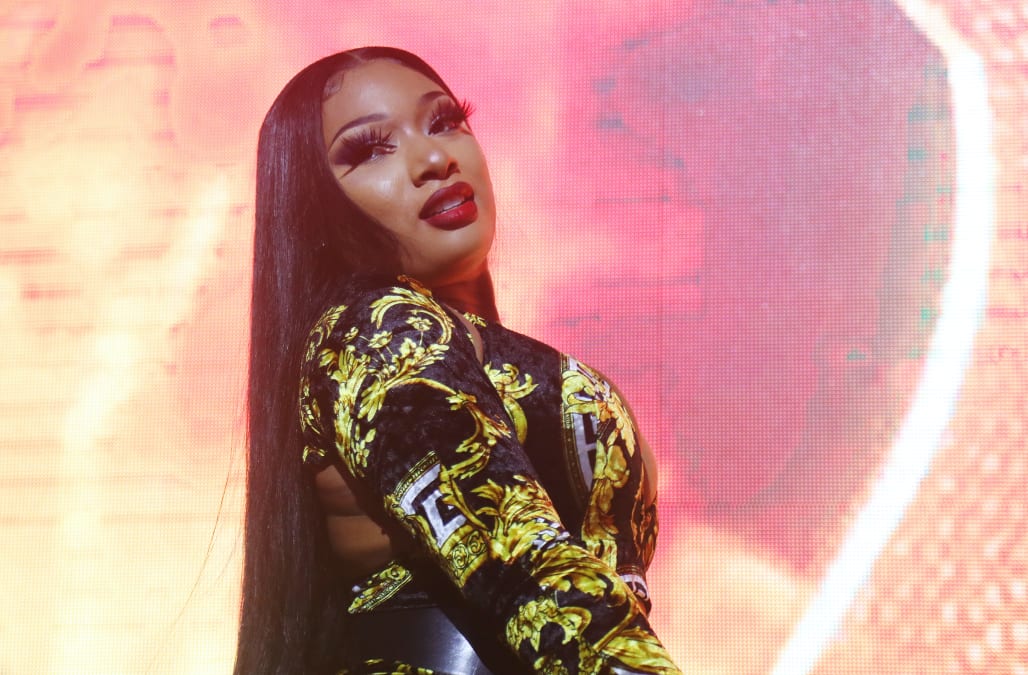 Megan Thee Stallion is opening up about her 2015 arrest following a domestic dispute with her ex-boyfriend.

After her mugshot from the Texas arrest resurfaced on the internet, the "Hot Girl Summer" rapper discussed the incident in an Instagram Live.

She claimed that the altercation occurred after she found out her boyfriend had welcomed a baby with another woman while she was attending SXSW.

“It was fun at the time but it was very toxic, but I was young and I thought that toxic sh** was cute,” she said about her relationship in a clip reposted on Instagram. “But it’s not. Don’t let n****s put their hands on you and don’t put your hands on n****s, ‘cause I’m not going to say that I wasn’t putting my hands on him because when anything got out of line, I was [tearing] his a** up.”

“I was really trying to keep the peace because we was in a public environment. So, I tried to walk away," she continued. "The n***a pulling on me, pushing on me, the n***a take my phone, throw it on the ground, stomp on that b***.”

Stallion continued, claiming that her ex stomped on her phone, meaning she couldn’t call anybody for help, and someone called the cops after seeing the pair’s altercation.

She went on to say that her ex “had it coming.”

“He tried it one too many times,” she said. “You only got so many times to push a real bi*** so the n***a had it coming. It just so happened that when I was ready to give it to him, the mother f***en police pull up when I’m punching!”

“I just found out n***a had a baby, now the police are here, now it looks like I’m the aggressor and now I just look like the mother f***en bad guy,” she continued.

TSR STAFF: Tanya P.! @tanyaxpayne ______________________ #Roommates, it looks like #MeganTheeStallion felt like she had some explaining to do after her mugshot from 2015 resurfaced. Meg hopped on live to explain a situation between her and an ex-boyfriend she had when she was 19. ___________________ Apparently, Megan was at #SXSW, and found out that same day that her manssss cheated on her AND fathered a child with a woman he claimed to have slept with only one time. Apparently, when Megan found out they began arguing and the dispute turned violent. _________________ She explains during the live, that the argument spilled into the street and people who were around called the cops. Unfortunately for her, when she began to swing at him, cops stopped her in her tracks and had more than enough evidence to lock her up! To add insult to injury, her former boo admitted that she— read more at theshaderoom.com

The case was dismissed in 2016, after the man in question reportedly did not show up to court or wish to press charges.

Stallion has since been linked with the likes of Trey Songz and G-Eazy, who she recently cozied up to in an intimate video posted on social media.