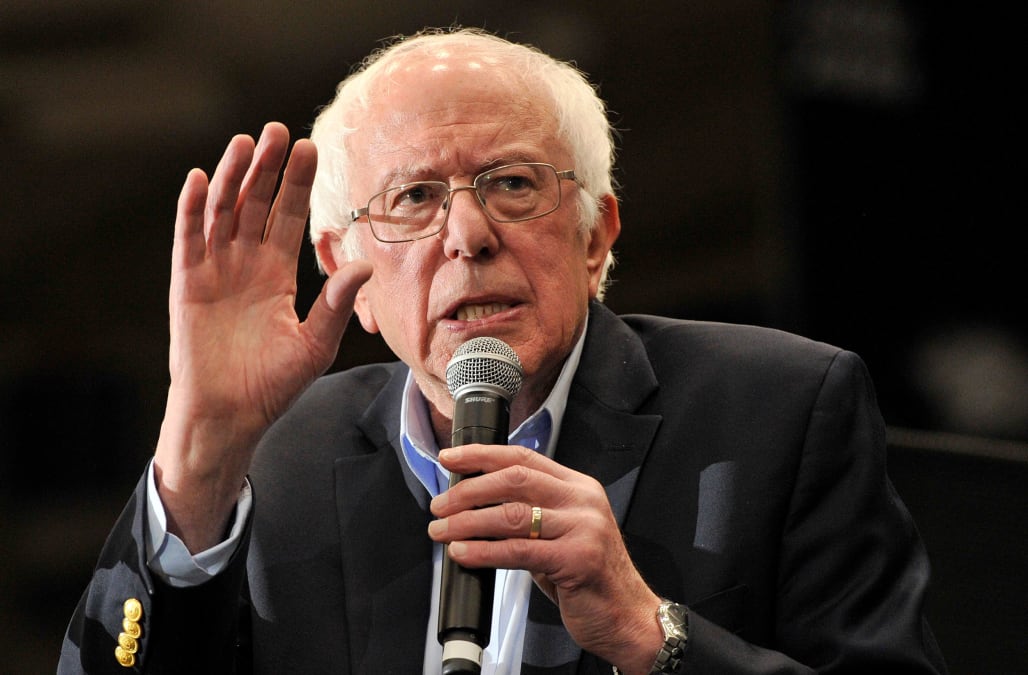 Bernie Sanders came in first place Tuesday night in the New Hampshire primary, barely edging out Pete Buttigieg with 26% of the vote compared to Mayor Pete’s 24,35. And he did so, presumably, while looking very much like himself.

But when Politico called it for Bernie late Tuesday, the political website used a drawing of the Vermont senator that a whole lot of people thought looked absolutely nothing like him. In fact, they thought it looked more like actor Chevy Chase as he looked during his stint co-starring on the NBC sitcom “Community.”

First, at the top of the page you’ll see a side by side comparison. On the right is Chase from his “Community” years. On the left is Politico’s drawing of Sanders. We’ll be honest: while we can’t say for sure that drawing looks like Chevy Chase, it definitely doesn’t look like Bernie Sanders. But who knows, maybe “6 seasons and a movie” just got upgraded to “also maybe the presidency.”

Meanwhile, while Bernie had a good night in New Hampshire, the race is far from over. New Hampshire, both demographically and in population, is highly unrepresentative of the Democratic Party and the country over all. And despite not winning any new delegates, Elizabeth Warren remains third in number of overall delegates collected so far.

A clearer picture of the situation may begin to emerge over the next two weeks, with the Nevada caucuses happening Saturday, Feb. 22 and the South Carolina primary coming a week later on Feb. 29. The packed Super Tuesday primaries will be held just three days later on March 3. But while you gobble antacids waiting to see how all of this intra-party competition shakes out, why not enjoy some intra-party unity in the reaction to this drawing. (But don’t worry Politico, it’s not a bad drawing. It’s just not really Bernie.)

Check out some of the reactions below:

They absolutely put a picture of Chevy Chase next to Bernie's name in the NH results. Somebody is having a laugh. pic.twitter.com/fZAYxLLn5p

politico: do you know what Bernie Sanders looks like?
artist: nope.
politico: how about Chevy Chase?
artist: now you're speaking my language pic.twitter.com/UU88mR5chu

See a lot more of them here.

More from The Wrap:
Brad Pitt gets political in Oscar speech, faults Senate for no-witness impeachment trial
Oprah chokes up over Gayle King’s interview backlash: ‘She is not doing well’
George Lopez slammed for joke about rumored bounty on Trump