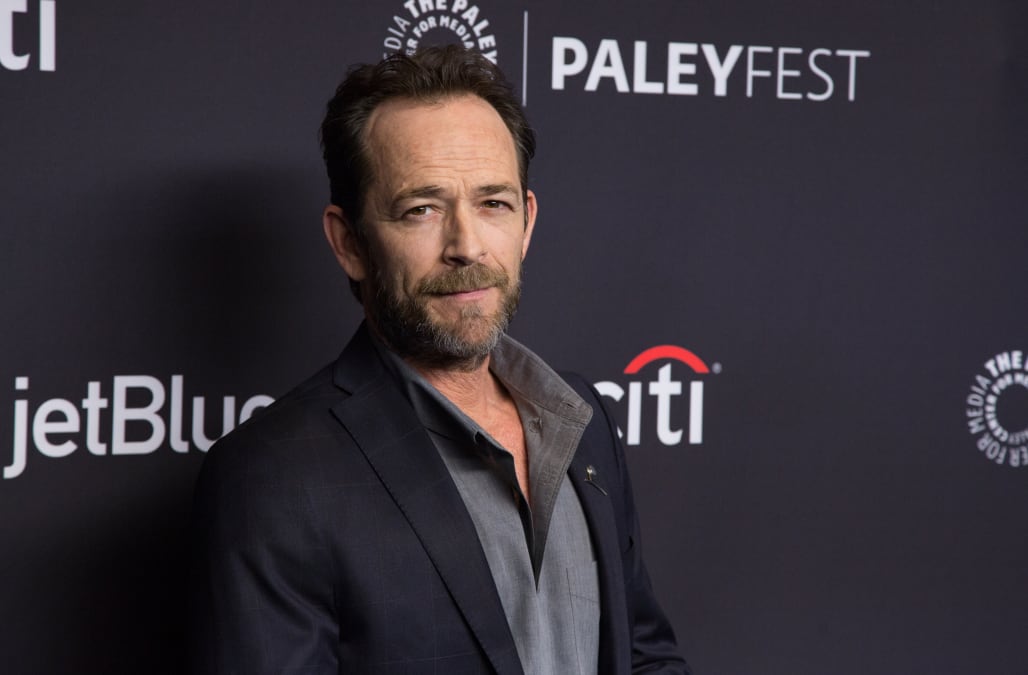 So many people were upset that Luke Perry was left out of this year’s edition of the annual tribute to stars who have died, Oscars officials have responded.

“The Academy receives hundreds of requests to include loved ones and industry colleagues in the Oscars In Memoriam segment,” an official statement from the Academy of Motion Picture Arts and Sciences read. “An executive committee representing every branch considers the list and makes selections for the telecast based on limited available time. All the submissions are included on Oscar.com and will remain on the site throughout the year. Luke Perry and Cameron Boyce are remembered in the Oscar.com gallery.”

After the Oscars tribute, Perry’s name began trending on social media. Fans called his omission from the televised list of people from the movie industry who died in the past year “disrespectful.”

RELATED: Take a look at Luke Perry through the years:

Perry’s film work included one of this year’s Best Picture nominees, Once Upon a Time in Hollywood. The movie was nominated in a total of 10 categories, and it won for Brad Pitt’s performance as Best Supporting Actor and for Production Design. Perry appeared in several other movies, too, including the original Buffy the Vampire Slayer in 1992 and, five years later, the Bruce Willis-led sci-fi movie The Fifth Element. He played the starring role of late bull rider Lane Frost in 1994’s 8 Seconds.

Excluding Luke Perry from the Oscars in Memoriam was disrespectful. He appeared in Once Upon a Time in Hollywood which was nominated for Best Picture. Quentin Tarantino personally selected Luke to be in his movie so why not mention him? #oscarspic.twitter.com/eRICigXD0N

No Luke Perry in the In Memoriam? He was in one of the Best Picture nominated movies... #Oscars2020pic.twitter.com/wKuRu1JQBS

I missed the In Memoriam and just read that they left out Luke Perry and my rage cannot be quantified. -H pic.twitter.com/AvEKZNyg0o

me @ the academy for not putting luke perry and cameron boyce in the memoriam pic.twitter.com/V00R2MX83a

In 2002 when my dad Matthew Robinson ( the original Gordon from Sesame Street) was included in the TV academy memorium it was such a great moment for our family.
Here are a few people IMO who should’ve been included last night...

Academy officials also mentioned the late Cameron Boyce, who appeared in films including the Grown Ups franchise, with Adam Sandler, and the Shia LaBeouf action movie Eagle Eye in 2008. The 20-year-old actor died July 6, after a seizure.

Of course, there were others who Oscars viewers thought deserved a moment on the show, too, including actors Orson Bean, Sid Haig and Tim Conway.

Sid Haig was an absolute legend. A wonderful actor and a beautiful human being.

For him to be blatantly ignored by 'The Academy' for their In Memoriam section is an absolute disgrace .

And this also goes to Luke Perry and Cameron Boyce . pic.twitter.com/WfgYHkT4lM

All of them were part of the photo gallery that the organization posted on its website, which included more than 200 people from the movie industry who died over the past year. Roughly a third of them were named in Sunday’s show, as Billie Eilish sang a cover of the Beatles’ “Yesterday.”

Read more from Yahoo Entertainment:
Noah Centineo talks about 'dark time' in his life before getting sober: 'I smoked a lot of things'
Vanessa Bryant grieves husband Kobe and daughter Gigi: 'I can't process both at the same time'
Ricky Gervais calls out Oscar stars for using 'privileged, global platform' for political messages