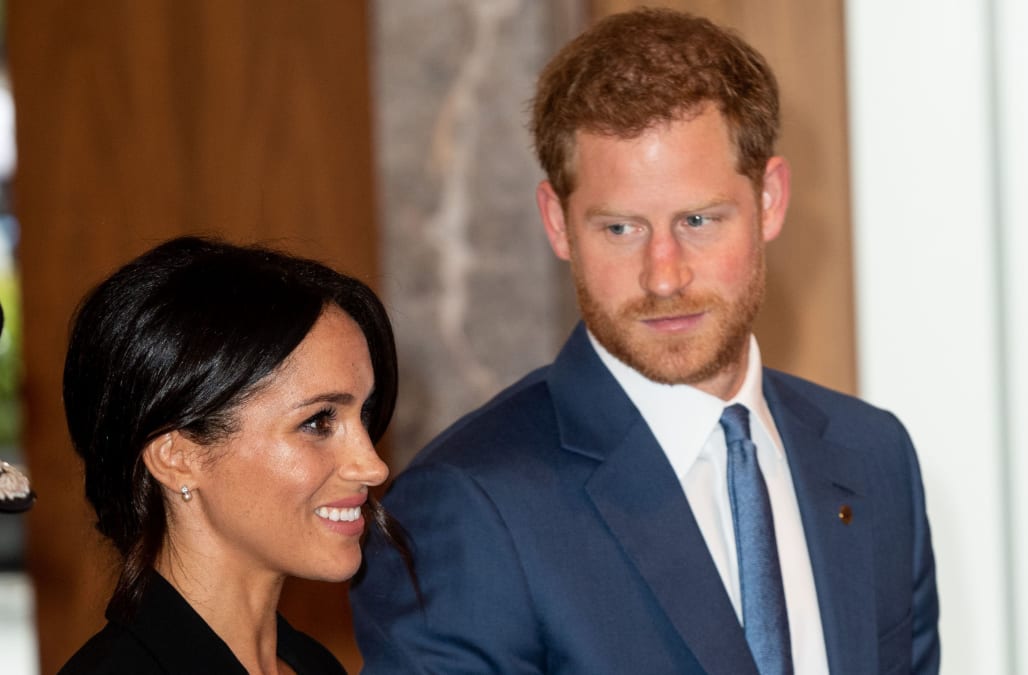 Prince Harry, Meghan Markle and baby Archie might be heading back across the pond soon! Britain's The Sunday Times reports that Queen Elizabeth II has requested that the Sussexes join the rest of the royal family for the Commonwealth Service for Commonwealth Day at Westminster Abbey in London next month. The service is set to take place on March 9.

The couple attended the same service last year alongside Prince William and Kate Middleton when Meghan was in her third trimester of pregnancy.

While the family has been residing in North Saanich on Vancouver Island, Canada, since the bombshell announcement that they were losing their HRH titles and stepping down from their royal duties, they are expected to come to the U.K. with their almost 10-month-old son, Archie, for their final round of royal engagements before going back to Canada.

The couple, who plans to become financially independent from the royal family, has been keeping busy in their time out of the spotlight. A source previously told ET that the Duke and Duchess of Sussex made a surprise appearance at a JP Morgan gathering in Miami, Florida, last week. While Harry spoke at the event, he was not a keynote speaker and Meghan did not have a speaking engagement at all during the gathering. It is unknown if the royal couple was paid to attend the event, but according to The Sunday Times, they reportedly earned $1 million for their appearances.

If the Sussexes return to the U.K. for Commonwealth Day, it will be the family's first visit back since January. After the announcement, Meghan returned to Canada to be with baby Archie, leaving Harry behind to work out the details with his family.

At the time, a source told ET that Harry's talks with Queen Elizabeth and other senior members of the family went well.

“The discussions were all extremely friendly and constructive because the common goal was clear, as was the desire to reach a successful conclusion," the source said. "Everyone is pleased.”

ET's royal expert Katie Nicholl previously opened up about the toll Harry and Meghan's decision has taken on his brother, Prince William, and sister-in-law Kate Middleton.

"This has come as a shock to the whole family. This is seismic. This has had a huge impact on his brother on his sister-in-law," Nicholl recently told ET. "I think both of them are still reeling from the news, coming to terms with the reality of this situation."

For more on the recent royal drama, watch the clip below: