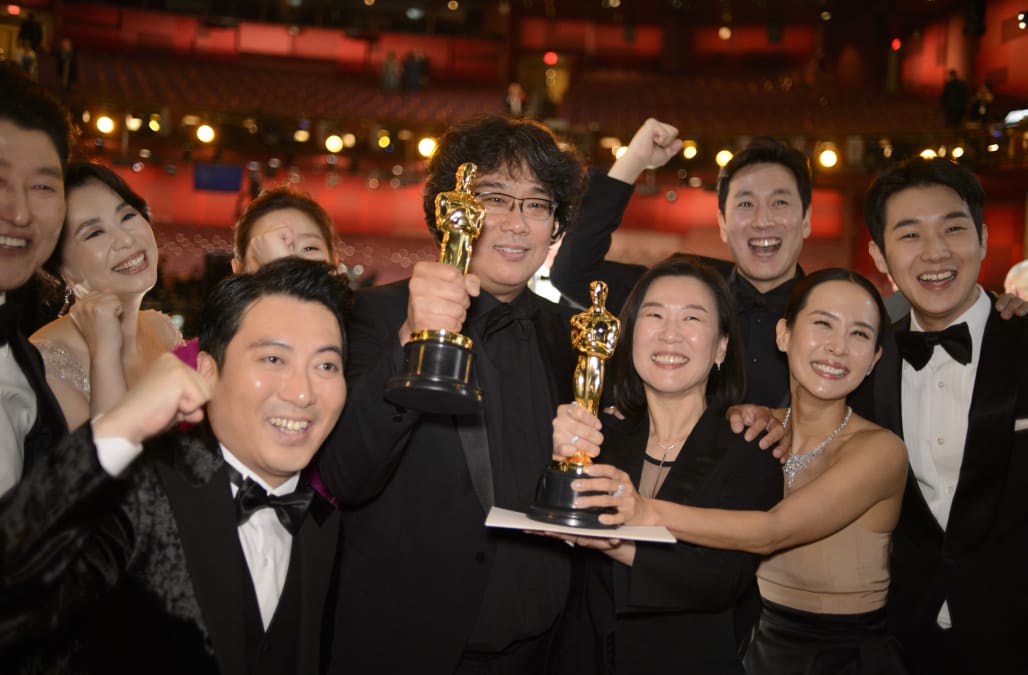 It looks like “Parasite” director Bong Joon-Ho kept his promise to drink “until next morning” after nabbing four Oscars Sunday night.

The movie was the first non-English language film to win Best Picture and the first South Korean film to win Best International Feature. To celebrate, the cast and crew of “Parasite” bounced around from Los Angeles’ Soho House to the Vanity Fair Oscar party before winding up at Koreatown’s Soban, where they celebrated until 5 a.m. the next day, according to Eater.

Soban’s owner, Jennifer Pak, told Eater that the restaurant made multiple Korean dishes — including galbi jjim (braised short ribs), bibimbap and seafood tofu pancakes — for Bong and the cast as they partied at Soban from 2:45 a.m. until 5 a.m.

The visit to Soban wasn’t random — Bong had visited the restaurant earlier in January with “Parasite” star Song Kang-Ho.

“Parasite” fans took to Twitter to celebrate Bong, and to laud the cast’s after party.

RELATED: Take a look at some of the best Oscar after-party looks:

“Bong Joon-ho going out for Korean BBQ to celebrate his Oscar wins and then using his speech to praise portrait of a lady on fire & céline.. Bong Joon-ho I would DIE for you,” one user said.

Bong Joon-ho going out for Korean BBQ to celebrate his Oscar wins and then using his speech to praise portrait of a lady on fire & céline.. Bong Joon-ho I would DIE for you pic.twitter.com/F3yksZJoxD

Iconic, I love this after all the Hollywood parties , I would have been happier going to Koreatown 😁 too. Congrats to Bong Joon-Ho, loved his movies since Okja. #BongHivehttps://t.co/0PZucsHW8v

The hype for #Parasite is real. What an incredible piece of work by Bong Joon-ho. Everything about it is disgustingly perfect.

The film’s Oscar wins were historic, and Asian Americans expressed their joy over the recognition on social media. The pride reverberated back to South Korea, where South Korean President Moon Jae-in applauded the film’s wins at a staff meeting Monday.

The Walt Disney Family Museum wishes to congratulate Bong Joon-ho for winning four Academy Awards®️ for his exceptional film, Parasite (2019)—matching the single-night record of four set by Walt Disney in 1954. "The motion picture offers the widest direct avenue to our emotions." https://t.co/fS1ryUeaK8