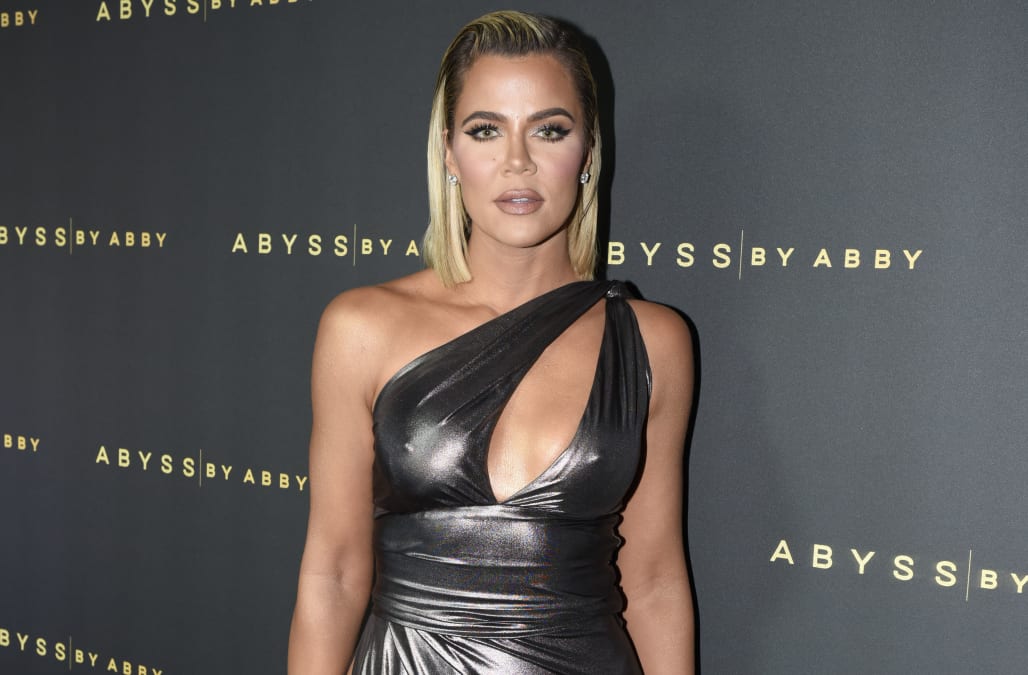 Way to go, Kourtney Kardashian! Khloe Kardashian took to Twitter on Monday to give her older sister a hard time after the pair hit the town with Kylie Jenner and Travis Scott on Sunday for an Oscars after-party.

"Ugh why did @KylieJenner and I allow @kourtneykardash to ruin our night last night? Ugh," Khloe tweeted.

It seems the reality star is just poking fun at Kourtney after the group appeared to be having a great time on social media on Sunday. They all filmed videos from the car on the way to Beyonce and JAY-Z's exclusive Oscars after-party, where they met up with sister Kim Kardashian West and her husband, Kanye West.

In one clip, Kourtney shared a stunning portrait of the sisters seemingly taken at the event. They were also joined by Kylie's ex and baby daddy, rapper Travis Scott, who was featured in one Instagram Story video.

Kylie with Travis, Khloe, Kourtney and Cooper after the Vanity Fair party

“Kylie and Travis truly enjoy one another and are in love, but it can often be hard navigating their lives at such a young age,” a source told ET of the exes. “The couple needed to take a step back to reevaluate many things, but in doing so they are better now than ever.”

In addition to giving her sister a hard time, Khloe also shared photos of her stunning after-party look on Instagram. The single mom rocked a gorgeous white off-the-shoulder Nicolas Jebran gown with a thigh-high slit and an edgy blonde bob.

In one shot she chats and smiles with Kourtney, who is working a racy silver chain link gown. "My gorgeous date," Kourtney commented on the photo.

The Kardashian sisters seem to be on better terms lately. After a tense season of Keeping Up With the Kardashians in which Kim and Khloe threatened to fire Kourtney for not pulling her weight on the show, the sisters have teased that the tension is not over yet.

"We've really taken the time to really hear each other out and listen. What sucks is that season 18 will come out soon and it gets worse before it gets better," Kim said of the drama while on The Ellen DeGeneres Show.