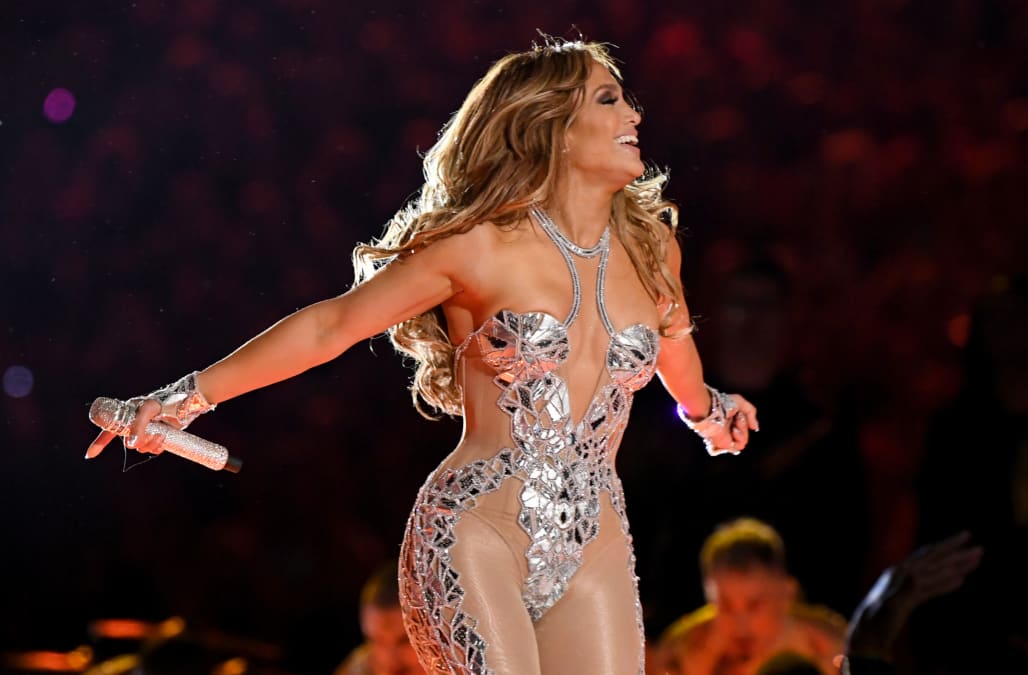 Give this woman a doughnut! Jennifer Lopez trained and rehearsed for months and the moment she got off the Super Bowl halftime stage, the 50-year-old stunner only had one thing on her mind -- getting a doughnut.

In a new behind-the-scenes YouTube clip from her fiance, Alex Rodriguez, fans get a chance to see Lopez's reaction to her epic performance from earlier this month just moments after stepping off the stage.

"Thank you, God, for this blessing. We did it!" she says, clearly emotional.

The "Jenny From the Block" singer is quickly presented with the tasty treat, declaring, "They said if I did good, I could have a doughnut."

Lopez continues to marvel at just how incredible it was for her to be on the Super Bowl stage.

"It felt like flying. Every time I did it in rehearsal, it was so hard," she tells Rodriguez. "It was hard, but my adrenaline must have been at 150 because, honestly, I felt like a feather. I wasn't even breathing hard. It was crazy. I just didn't feel any wind at all. Everything was so easy!"

Lopez and Shakira dominated the halftime show earlier this month. Following the performance, J.Lo spoke with ET at the 35th Film Independent Spirit Awards about her nod to Hustlers during the show.

"It was such a skill to learn, I just knew at this time it would be a fun thing for the audience," she said of pole dancing.