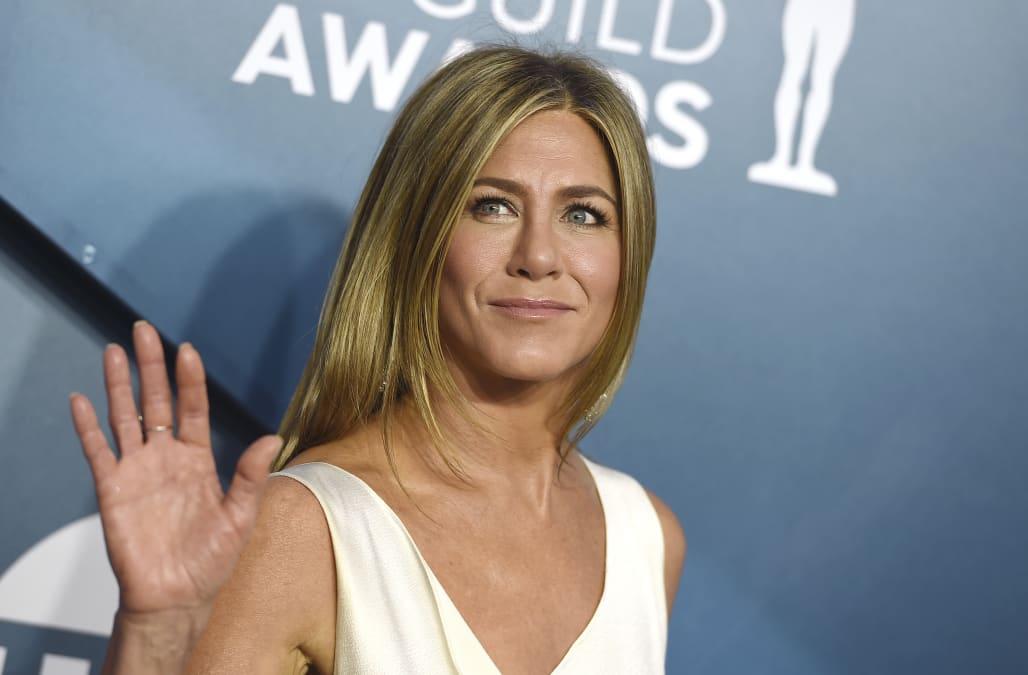 As she marks her 51st birthday on Tuesday, Jennifer Aniston is sharing her hopes for the future and how she envisions “laughter” and “kids running” in the years ahead.

During a fun chat with her longtime pal, Sandra Bullock, for Interview magazine, Aniston opens up about her life and contemplates the dreams she still holds.

“My gut reaction was to say all of the above,” Aniston responds. “It’s not so much what I see myself doing, but it’s more like a little screenshot in my brain, where I hear the ocean, I see the ocean, I hear laughter, I see kids running, I hear ice in a glass, I smell food being cooked. That’s the joyous snapshot in my head.”

While Aniston was previously married to Brad Pitt from 2000-2005 and Justin Theroux from 2015-2017, and has dated a string of other stars, she has never had children and is frequently questioned about whether she holds out hope for parenting.

Just when you think you have @jenniferaniston figured out, she surprises you. As one of the few actors to seamlessly transition her superstardom from the small screen to the big one and back again, our March Issue cover star has remained a paparazzi magnet and the object of our fascination for half her life. But as she tells her friend and drinking buddy #SandraBullock, the truth is stranger than tabloids. Tap the link in our bio for the full story. Photographed by @alique_studio and styled by @melzy917 for our March Issue.

"I’d never had Jack Daniels until then, and I have not had a sip of it since." In our new March Issue, out soon, America's Sweethearts @jenniferaniston and #SandraBullock recall the first time they met. Tap the link in our bio for the full story. Photographed by @alique_studio and styled by @melzy917 for our March Issue.

In 2016, she voiced her concern at the pressure faced by women to become mothers. "We're seeing women through that very narrow lens," Aniston told ITV’s Lorraine. "If we don't have a baby or a white picket fence or a husband, then we're useless. We're aren't living up to our purpose. It's shocking to me that we are not changing the conversation.”

Aniston later indicated that she wasn’t ruling out the possibility of starting a family following her split from Theroux.

"Who knows what the future holds in terms of a child and a partnership -- how that child comes in…or doesn't?" she told Elle in 2018. "And, now with science and miracles, we can do things at different times than we used to be able to."